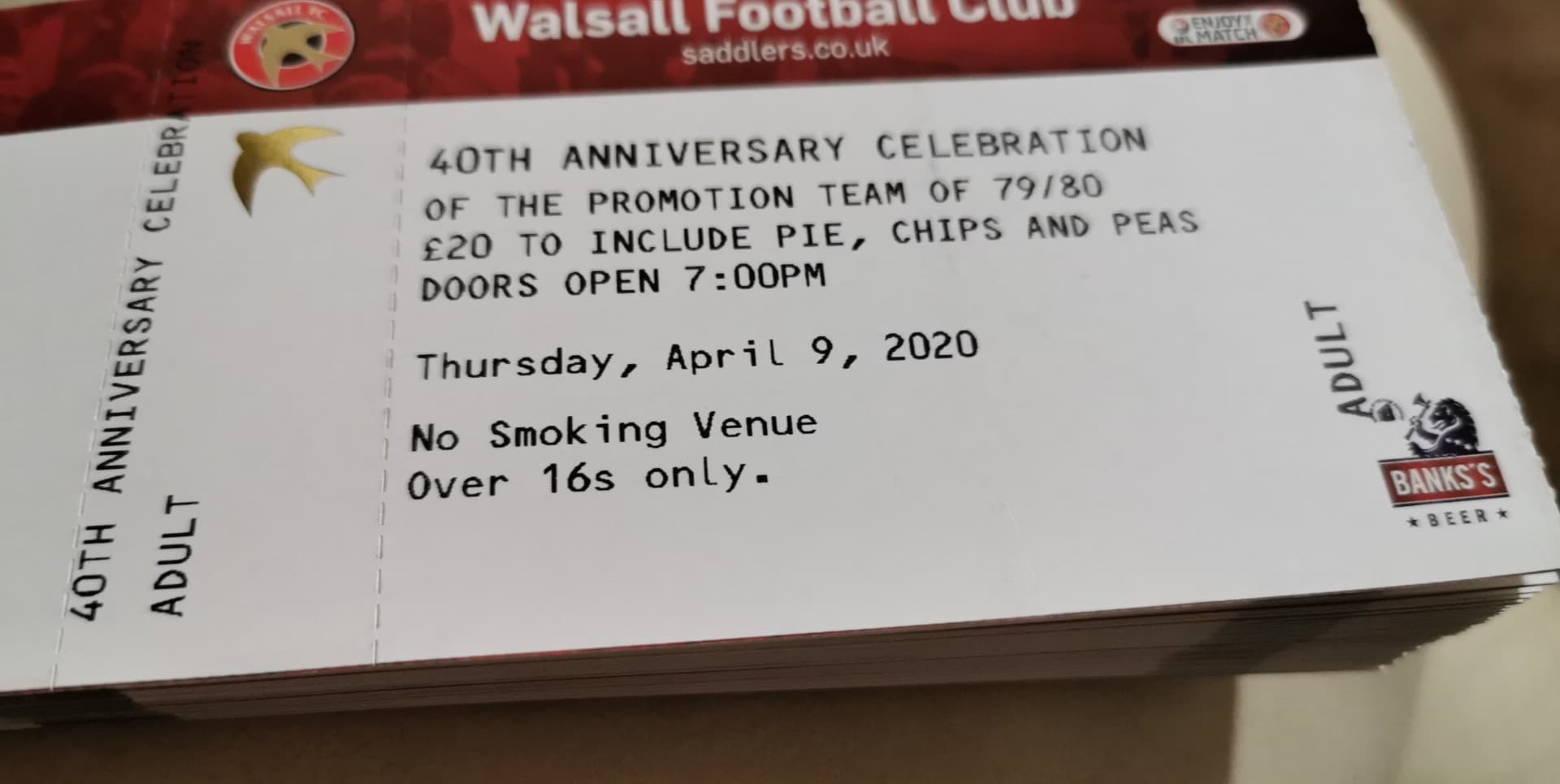 If anyone wants to wallow in what promises to be a great night tickets are on sale from Steve Davies ONLY (not WFC) from outside reception from around 1-45pm this Saturday at Crewe game. 8 players so far are confirmed others awaiting decisions.

Can you invite Darrell Clarke, and ask him to take notes.

After last night this may well be the only event I attend for the remainder of the season, are you allowed to tell us who will be in attendance?

Hi @Sandysaddler Yes the list of confirmed players from Steve attending so far are… Ricky Sbragia, Mark Rees, Kevan Broadhurst, Kenny Mower, Ron Green, Gary Williams, Dave Serella and Colin Harrison. Jimmy Williams if work commitments allow and I believe Roy Mac would like to however he lives out in Span. Waiting to hear from other members of that squad. 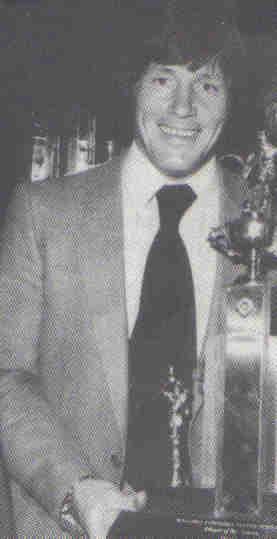 The latest one to be confirmed… Tony Macken.

Thanks Dave, sounds like a good night, hope to be there.

Got to say it sounds fantastic, incredible how you’ve managed to get in touch with the old players even in this day and age. I can remember the promotion clinching win v Tranmere like it was yesterday, we missed a pen and then won 2-0, Tranmere wore a wierd turquoise kit for some reason and somebody pinched Buckley’s shirt in the pitch invasion, the crowd was declared as something ridiculous like 6,000, typical Wheldon era!!

I went to a reserve game either the day or maybe two days after against Bristol Rovers which was a novelty as previously our ressies played in the WM Prem but had switched to the “intermediate League”, I can remember the terraces hadn’t been swept, presumabley as eveyone had been celebrating, and the game was played in what I would describe as a “snow-globe” of swirling litter. How we didn’t win the league that year I don’t know, just that game at Wigan did us!

@geordiesaddler Its all Steve Davies who has organises these nights, he just gets me to post info on it and get it out there a bit for him! But yes he does a great job organising these nights every player from that era has been contacted by him still waiting for a few answers. Its hard to believe its 40 years ago really and looking back now our player / manager was only 28/29 in his first season in management assisted brilliantly by Bert Johnson.

I remember Kenny mower being carried off the pitch on the fans shoulders, I think he got the first but cant recall who got the other one.

Yes he has organised some great nights, really enjoyed the Buckley night, the milk cup reunion was great and the Tommy coakley night was also very good. 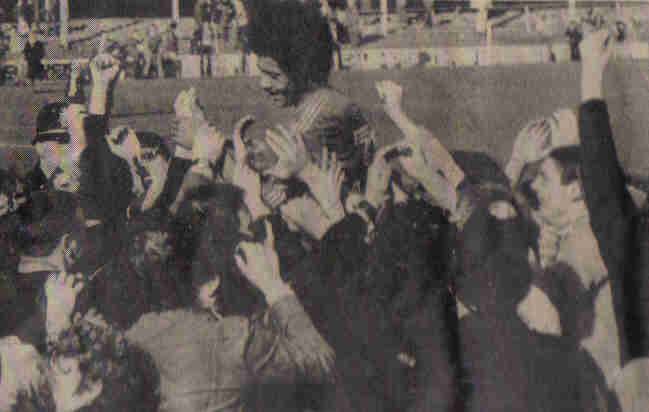 It was Dave Serella who got the other in that game.

Was that Kenny’s first ever goal? He didn’t get many, I’m sure that was his first. From Bloxwich, one club and over 400 games. Off hand I can only remember 3 others he scored, Chesterfield in the FA Cup Newport (Christmas game), and one in the 5-0 against Bristol Rovers in 83. I’m sure he must have scored a few more but that’s all I can remember. 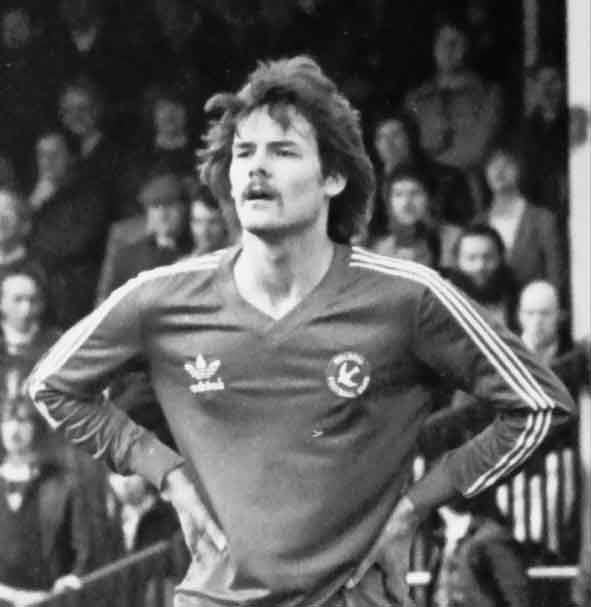 This bloke just confirmed. Roy Mac! Bound to be some good stories from this one!

Well I never! So the Tranmere game was his first. I must have seen most of them but can only vividly remember the 4 I mentioned, but now you mention it I can vaguely recall the Bolton one the day David Kelly missed a last minute pen . The Sheff U one must have been the 4-4 in the snow, 3 or more goals in the last 5-10 minutes?.

Yes those Bolton (3-3) and Sheff Utd (4-4) games were crazy! All Kenny’s goals were at Fellows Park. 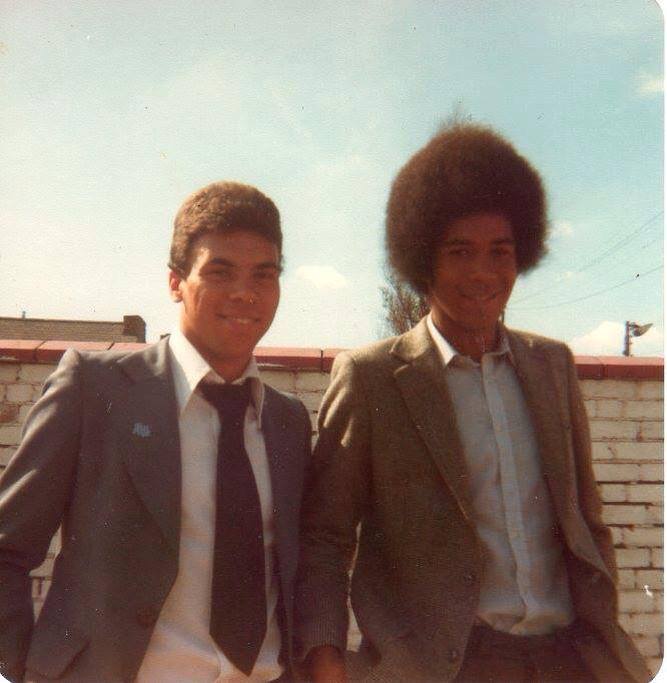 Two rogues who had great careers at Fellows Park!
(Picture by Dave Gittins)

Unfortunately I missed the promotion clinching game as I was away on a school trip to France over Easter - but the result was the first thing I asked about when I rang home that evening (my dad and brother went to the game). Couldn’t believe it when I was told Kenny had scored - must have been a misplaced pass as the ball always pinged off his head or boots at random angles (we used to say they must be shaped like a 50p piece!

I do recall the 4-4 against Sheff Utd though (which was the 80/81 season). We clawed our way back from 3-1 down to 3-3 with about 5 minutes left and looked like we might go and get the winner - but Utd broke away in the last minute (kicking towards the Street End) and scored. Cue a mass exodus of all those that had already made their way over to the embankment for a quick getaway. From the kick off Don Penn took it forward a couple of strides, spotted the keeper stood out on the edge of his area and thumped it 50-odd yards over his head into the empty net. Cue a mass surge as all those leaving tried to get back up the steps to see what was happening!

I went to Sheffield uni the following year and a local Utd fan I met reckoned that was the most memorable game he’d ever been to. He didn’t mention the return game when we beat them 1-0 on the last day of the season to send them down though - but some Wednesday fans I met treated me as their BFF when they found out I was a Saddler and always referred to it as Thank Givens Days (as Don missed their last minute penalty).