Yeah, was a cold journey home.

And gave me a black eye

got to love the scousers

The full highlights packages of both semis against Liverpool appeared on You Tube this week. 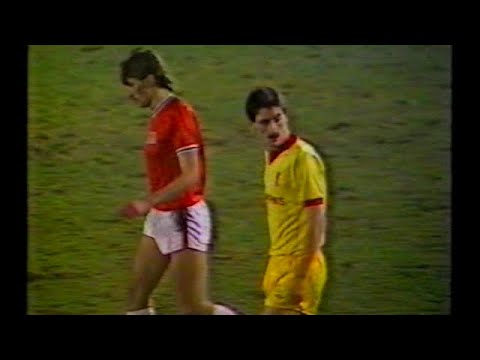 And the away one. 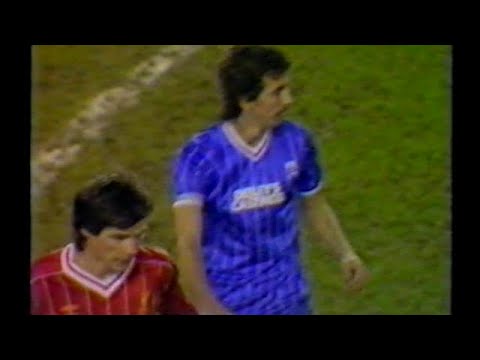 An unbelievable time. In consecutive weeks both main broadcasters giving our game a whole programme to itself. And not in a modern day highlights way “here’s the goals, a dodgy decision and half an hour of ex pros pontificating”.

There have been some good times either side,but I think that was my favourite time. Great football, and recognition for it. The sort of attention we got when we were “Paul Merson’s Walsall,” without Paul Merson.

Combine willie’s skills and vision with miah’s pace and what a player we’d have!

This what’s so sad about the demise of football as we knew it, don’t miss the threat of violence, fences, terrible grounds, being treated like cattle.

But they were the best of times, when cups mattered, when you stood a chance against the big clubs. Whilst I won’t miss the league cup in its current form when it inevitably gets scrapped, it’s a shame the only major cup we’ve got to a semi in, will fall away and not count.

The FA cup will eventually follow and all those memories with it. It was a privilege to be at vicarage road 4-4, Leeds at home etc… it might be a bit dramatic, but feels like our history and that of so many clubs being eroded whilst the big clubs get fatter.

Enjoyed watching the Liverpool home leg again, thanks for that. Two things though, 1. Why did we chant an octave higher back then? And 2. Who is the blonde lad in the blue adidas jacket stood behind Buckley as he was being interviewed?

People are completely neurotic about the illusion of safety and good health now. Eating ■■■■■■■ bird seed because some stick thin celeb says in a magazine that it helps your finger nails look healthy

There is nothing about the present situation that is different to what has happened in the past. Its us that has have changed. Humanity have forgotten what living is all about. Every move captured on CCTV…

That 4-4 at Vicarage road what a game that was a we had a cracking team then.

Leeds at home as well and Trevor Wood playing out of his skin.

Didn’t realise he had died

One of my regrets that I wasn’t there for that (managed the 2 home games) but a Tuesday night in Watford from Hull seemed a bit challenging at the time. There were highlights here at 10.30ish and managed to avoid the scores during the evening.
Pity Andy Dornan couldn’t have scored at the other end in the 2nd replay.

Went to the 3 Watford games. In all honesty we should have beat them at Fellows Park in the first leg, had several good chances to kill them off. The atmosphere in the away end at Watford was on a par with the night at Anfield, think it was 6000 went from Walsall, songs just echoed round the ground all night.

I seem to remember going to Fulham on the Saturday after the Watford away game before the 2nd Replay on the Tuesday night. A quite bizarre day. Was when Fulham were on the verge of merging with Q.P.R I think it was. Was 2-0 up and drew 2-2. Turned in to some wierd love in between both sets of fans with Fulham singing “We all agree Walsall are better than Watford” and in turn Walsall fans supporting their protest about the merger. In typical 1980s fashion when we got outside a Fulham fan stuck a brick through our minibus window !

Is there a video clip of the 4-4 game at Vicarage Road available?

There is one knocking about but it’s not very good, it keeps cutting off and missing bits as I remember.