Nigel Bond has stepped down from the board of directors, and he wants his money back, at least it’s a start, let’s hope Whalley, Mole and others follow, fingers firmly crossed.

Gilman should be next. He’s only there to watch over the interests of a certain pension fund holder.

Don’t we owe him like serious money? This is really bad right?

I think that’s a shame, especially if he wants his Dosh out. Always seemed a nice/genuine chap. I had him pegged similar to Leigh himself. Good intent and just wanted to sit on the board of the club he supports.

I just hope that this also represents an opportunity for a new face, but I guess the stipulation would be that the new face needs to pony up some money.

Around £600,000 if my memory is correct. More important than that though is the fact Nigel is a good bloke and will be missed . I accept change is needed at Board level but I would have preferred Nigel to stay.

Not sad to see anyone gone that has overseen the last 15 years at this club to be honest. Hope the money hit isn’t too bad.

Is he being replaced with Idris Elba?

I’m led to believe that that Dame Omlette was shaken but not stirred.

Before today’s news, Pomlett had seven directors to advise him.

With the news that 007 Bond has left the building, this brings to mind what similarities they have with that other ‘hard-working’ group of seven characters that assisted Snow White.

Happy Bond, as he will be getting his money back… at last!!

Sleepy Gillman, as he only wakes up when he can be the sole ‘competitive’ bidder for construction work at Bescot.

Sneezy Whittaker, after he compiled his dossier to snitch on fans comments from social media.

Bashful Mole, for his side shoot of arranging boxing matches at Bescot.

Doc Gamble, as some say he’s allegedly been doctoring the books for years.

Last but not least, Grumpy Tisdale, because he had to pay for 2000 green dots out of his own pocket during the pandemic.

I just hope that this also represents an opportunity for a new face, but I guess the stipulation would be that the new face needs to pony up some money.

AND be a yes man 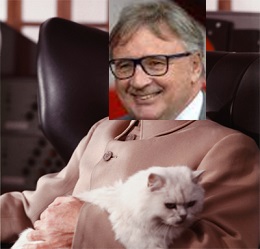 I think this is a positive move and a step in the right direction. My guess is that his decision to get out is based on the deals legal agreements being drawn up in preperation for the return of the ownership of the club to Walsall Fc. With the severing of all ties and business interests with Bonser this is probably the time for him to get out. Regarding the repayment of any money he lent Walsall Fc it’s going to be much more complicated than just writing him a cheque for 600k. Who knows there could be another investor underwriting this loan and he will possibly be replaced on the Board by another investor. Anyway. I think its positive and Leigh making real change at the highest level

With so many candidates justifiably needing to accept its time to move on from breathing that putrid stagnant air in the Walsall board room, Nigel Bond was pretty low down, if not the last name on the list

Lets hope its a sign of whats to come, but I would be amazed if it is…

It’s good we agree for once

but I think we are probably seeing the start of what you wanted . I hope so anyway because I have always accepted things could and should move on. Clearly the freehold issue is taking up lots of.
executive time and I guess once that is resolved we will see some greater movement of current board members.

More of the budget gone then.

I would say 600k was probably 2 years budget

It has been a worry for a long time for me that Pomlett seems to be content with the Board members who have overseen the last say 15 years or longer of this club. In any organisation leadership has to come from the top, and if those in charge are not performing then you cannot expect the organisation as a whole to perform. Now when we finally get some movement on the Board (I am not counting the SLO) it is the one which I least wanted to go.

I don’t think this is the start of the mass exodus we all desire. It appears that Bond has jumped. There is no way that Mole and Gamble will do this - they are on too cushy a number.
Any further departees will need to be pushed. Pomlett has demonstrated incredible loyalty towards Laurel and Hardy, despite them presiding over seasons of slapstick administration and organisation. Unless Bond is replaced by someone with some clout who can spot the weaknesses at this level, I think most of the current board will be here for the foreseeable.