It gives us enormous pleasure to announce our latest venture
The launching of the. Chris Nicholl / Issa little stars foundation

Originally formed in 1969. It produced. Many local youngsters with many progressing into the professional ranks , following there time spent with this grand old football club , our own Dean keates, and Wayne Thomas, both started there journeys. At the club before going on to represent there hometown club and our beloved Walsall FC

Forest star sadly. Folded. But was reborn in 2019. With. Co chairman Russell eynon and Seth Harrison now at the helm

Seth himself went on to sign yts forms. With Walsall FC , after playing for forest star but his career was cut short by a terrible injury which saw him have to retire from football at a very young age

Forest star. In conjunction with Issa. Have now launched the Chris Nicholl little stars foundation , not only is this a fitting tribute. To the great man himself but it will also. Serve the following purpose

We will. Make a concentrated effort on getting these. Youngsters who attend. The foundation , Engaged with there hometown football club. Walsall FC and encourage them to. Support there local team, Hopefully we can. Work closely with Walsall football club And not only get these youngsters to form a lifetime bond with the saddlers, But with the help and guidance they get from the. Fa Qualified coaches who will be. Nurturing them, the best of the talent can be directed. To Walsall FC , what a tribute to the great man himself. ( Chris ). If one day one of these youngsters. Actually pulled on our famous shirt , just as deano and tommo went on to do

Little stars new base will be at the home of Issa. The railway club and they will train and be ran from that location, And we thank all involved at the railway in welcoming this exciting new project and letting. Little stars use there facilities.

Chris Nicholl himself will be actively involved. In the. Development of these youngsters. And he is excited at the prospect of. Playing a part in. There progression, and no matter where Chris,s own journey with his illness. Takes him. This will be a fantastic legacy. And tribute to the great man’s association with the townsfolk of Walsall

Issa see this as a fantastic. Way to get local kids. Introduced to our beloved club, They are the future of our club. As a fanbase , and we must. Do everything possible to engage them with there hometown football team Walsall FC whilst Seth and Russell will progress them as footballers

We will also be hoping long term to introduce a team that will enable youngsters. With various forms of disability to also be actively involved, And we very much want any disabled youngster. To Also feel part of something special. And as said this is something we will be giving our full attention to also

Hopefully You won’t see these lads wearing United, Liverpool arsenal shirts etc , when turning up for training. They will be where they belong and that’s in the bin lol , These boys and girls will be wearing our famous. Tops As I told them last night
Once a saddler always a saddler

Issa was holding money. They had set aside for Chris and this was added to. By the fundraiser organised by kev paddock,

The family of Chris where consulted of our plans which we had been working on for some time, and they asked any surplus to be used to help. Get this project of the ground so last night a cheque for £900 was presented to forest star. From Issa By Chris himself and we hope this money. Helps. In some small way

As said it’s an honour and a pleasure for us to be able to have this link with a name synomonous with junior football in Walsall,

But the bigger goal is as said to get these kids down to Bescot, and begin there lifelong commitment to Walsall FC They are the lifeblood of our club

Forest stars own motto is loyalty and friendship. And if we can get the youngsters loyalty. To Walsall FC. We will have achieved our aim. Even better would. Be to see one of them progress and turn out for the saddlers , and with. A little help and support you never know it may just happen, But as long as they enjoy the journey trying. Our job will be done

Another example of Issa. Doing what we believe a supporters association should do and that is. Be active in the community , whilst supporting grass roots footbal. And other local good causes, but never loosing sight of our main goal and that is doing everything possible to benefit the long term future of Walsall football club And we think this latest venture. Ticks all those boxes

We thank everyone who has made this link up possible. And look forward to an exciting journey. With the. Chris Nicholl / Issa Little stars foundation. And again a massive thank you to all you saddlers out there. Who offer your support. Which ultimately enables. Us to do things such as this, You to are also a major part in this. New venture

Keep an eye out on Monday for another announcement. Which will see us being part of another major initiative within the comunity, and one that will benefit under privaladged children 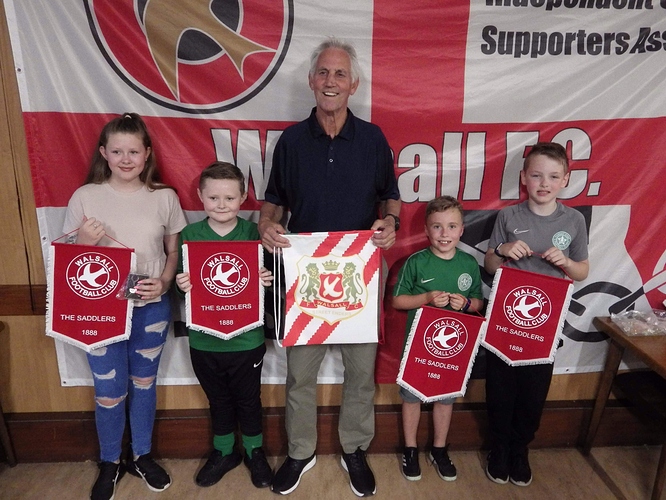 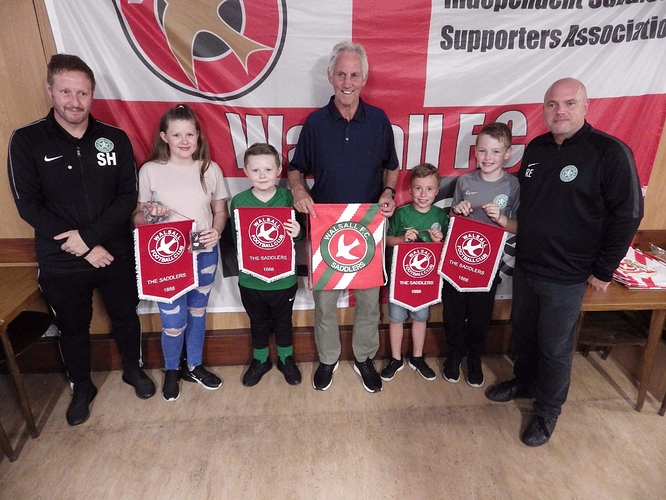 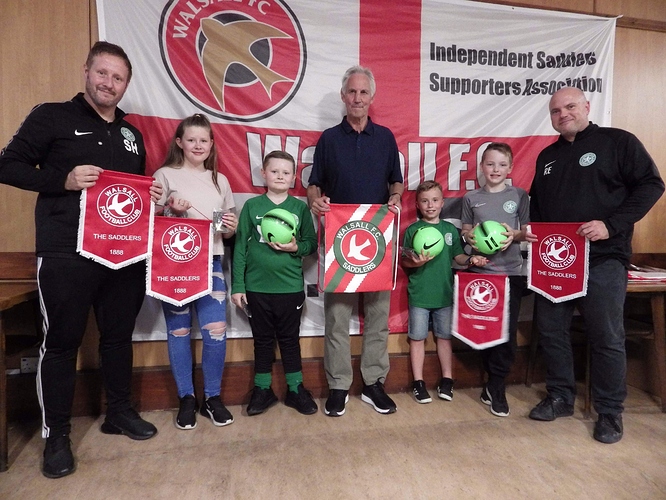 Well done to everyone involved.

Fantastic job again ISSA, I would imagine the office staff at WFC are braced for a deluge of anonymous phone calls from the snowflakes moaning about somebody’s rights or feelings being abused😂

Well done issa and all involved excellent work, you are a credit to our community

Grass roots is, and always will be our future.

ISSA at its best.