As you are aware. We have in conjunction with the lmrca. Railway club. , and forest star FC. We have. Been working on. Tidying up. An area. That sits adjacent the main playing pitch , at the railway club.

And this has become home to the. Chris Nicholl little stars Who are named in honour of. The big. Guy himself And play under the banner of. Forest star.

we aim to try to to improve. The said area and the overall footballing facilities at the railway club For both the senior team and the forest star kids. And this will involve. The kids area being named. The Chris Nicholl arena an honour befitting of the gaffer and a lasting legacy to him in a town where he became hero worshiped

Today we received a fantastic gift from Ian and Wendy Astbury
of IC SHIPPING. Which was a qty. of seating which we. Plan to install in and around the. Two pitches.

The seating was actually first. used during the Olympic Games

And was. Removed and put in storage after there completion . But a qty of it as now made its way to the railway. Club Where. It will. be used to the benefit of local youngsters. And. A local grass roots football side

Thanks to the generosity of I C shipping. The footballing area. Will be greatly improved , and. All at Issa are proud to be able to have the help and support of a local business who understand what we are trying to achieve and where. Happy to support our local youngsters , and. A local grass roots side. , whilst also. Improving a facility we are trying to build in honour of the gaffer

During the summer work will continue as we will be Continuing with our plans To turn the area in question into a lasting legacy
To the great man who will always be remembered for. That night in bury And the wonderful memories he. Gave us

Pictured below. Is a section of the seating in question. And as you can see it is top quality and. Once again a massive. Thank you is owed to. Ian and Wendy. And ALL concerned at IC SHIPPING 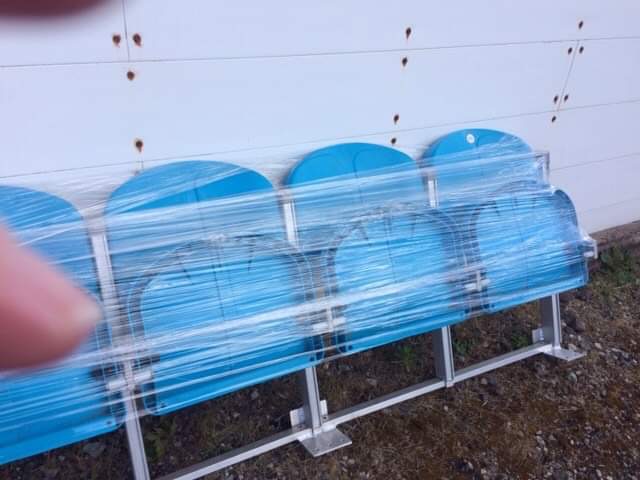 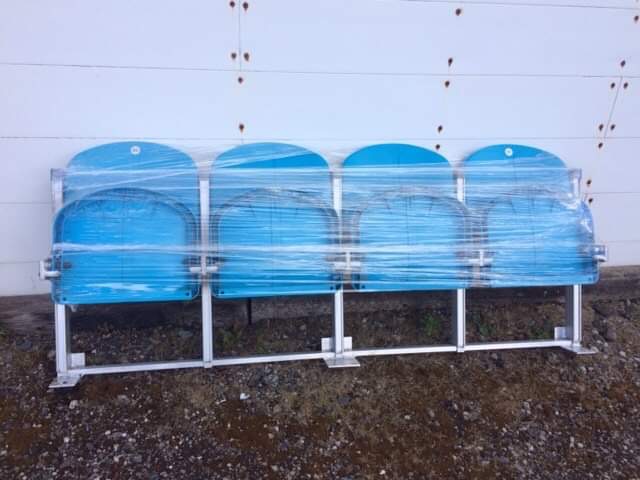 That’s brilliant Olly , just hope there isn’t 5 turn up at the games as I don’t like having to standing up anymore …

Only kidding mate look forward to coming down and supporting …

Those pictured are how they come mate in configurations of four. And we have plenty more lol

Always welcome down there mate you know that.

Issa football team will be in warley Sunday morning league division one. When new season starts mate, So. Expect to see you down there. Cheering them on lol

I’ve played on that ground before and it was falling to rack and ruin, but I always felt it was a proper little gem that, given a bit of love and care, could be a cracking football venue.

Great to see it getting this focus and a makeover!

Lots of hard work but slowly getting there mate