Right guys we have had a set of Christmas tree decs. Produced. It, comes as a pack of ten. , with two of each image shown in pic below, ( yes I know there’s only nine pictured. Guess who trod on one. Lol )

I know £35 does seem a lot of money but given there’s ten to a set , and the work that goes into each one, and the fact they can be re used for many years, As long as you don’t do what I did and tread on one. , they are a particular nice. Item. That would grace any saddler fans Christmas tree this year,

As said. We know these won’t be for everyone. Due to price. But I’m sure there’s many who will want them also. So if you do let us know. 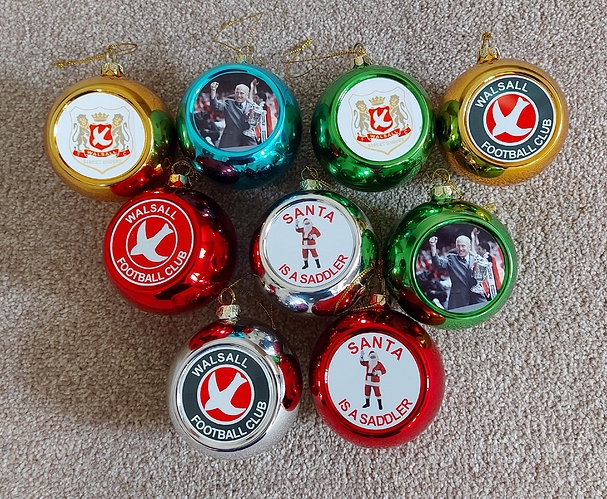 Very pricey. would have considered it for 10 to 15 quid

Totally understand mate and as said not for everyone. , but for a set of ten. On par with many custom design. Bauble available. Albeit without the Walsall theme