I wish it could be Christmas every day sang Roy Wood in the mid 70’s. At Walsall we can’t quite make it every day but we give twice a week a good go. So what was your favourite present? Only allowed 10 options unfortunately. Apologies if your favourite hasn’t made Santa’s list.

And three more games till Christmas too that you can’t include.

Oh they wish they could play Walsall every day.

The gift that keeps on giving. 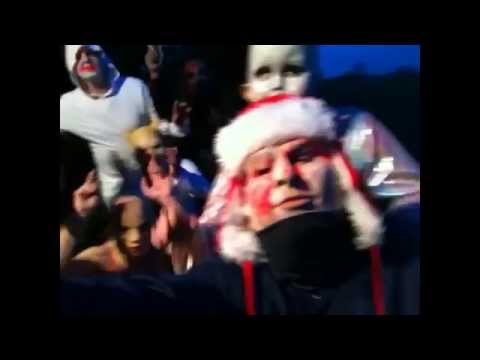 Tough one, but both of the main ones involve Roberts.

Have plumped for the Bradford one because it was catastrophic timing.

Yes. That was rotten.

Obviously my point here is that I rattled those ten off quite quickly. There are others (I’m sure the first at Harrogate was a mare for J Clarke). Each one an appalling error by a professional footballer. You expect the odd one at this level. Maybe four or five in a season. We are delivering gift wrapped goals every week. And these aren’t just marginal error where you have a high benchmark because it is professional football. They are mistakes that would have heads in hands on a Sunday morning at any age level.

This is juxtaposed with us demonstrating each week how hard it is to score goals in professional football. Up against limited but reasonably well drilled defenders and goalkeepers who do some basic things to an adequate level. Nothing more than that. But that they practice these things every day presents a challenge to break down. A challenge we really struggle with.

Yes the tactics etc are not the best but If you’re regularly making these kinds of defensive errors, and then are having trouble at the other end scoring, surely it just shows that our players are a bit rubbish even in League 2 terms.

They are mistakes that would have heads in hands on a Sunday morning at any age level.

Perhaps the club could compile a Christmas Compilation DVD based on this. Obviously would not be for the fainthearted and would be X rated.

Considering we have only conceded 17 goals in our 15 league games which isn’t that bad, and 10 of those 17 are listed makes it all the more frustrating.

They stand out even more as we look incapable of scoring regularly.

With Harry Hill doing a voice-over.?

35 voters 52 votes?
At this rate you will be hearing from Liam Roberts’ lawyers.
UTS VOTE FRAUD SCANDAL

There are two clear groups in our gifting. There is the “we’ll just give you a goal for free” type gift per the dent in Gwent we suffered with our poll winner.

Then there’s the football equivalent of the gift voucher. To be redeemed in the next couple of minutes as our goalkeeper helpfully dives very early and very out of the way for you. The concession of stick on pens when there is very little danger is something we’ve mastered. You’re sat there quite relaxed, maybe having a little smile at a David Kelly whimsy from yesteryear and suddenly there’s a pen and you think “what the ■■■■ just happened?”. You see the replay and you think “why in the name of baby Jesus and all the pixies did you just do that?”. You can’t even have a pop at the ref. Even the ref himself has a “that was a bit ■■■■” look on his face.

Can we get Danny Baker to do a personal own goals and gaffs dvd just for us?

Do you think we would have enough material for a sequel?

Actually I think you’re being very unfair with that selection to vote on - you’re just concentrating on the gift goals and totally ignoring all those other errors and gaffes that our players have toiled equally as hard to make but the opposition abjectly failed to take advantage of.

For example, it wasn’t Scarr’s fault that the Colchester player hit the post when he got himself all tangled up when under absolutely no pressure whatsoever in order to give the chance away. Nor when Southend made a right mess of the punt from their keeper that he let go over his head and give their forward a one-on-one and all the time on the world to take it in. And who can forget Roberts going walkabout out of his area against Leyton Orient but their bloke failing to get to the ball and cross it before it just crept over the line?

And you’re also missing out all the gilt edged chances of our own that we’ve courageously fluffed in order to do the sporting thing and keep our side of the score down so that it’s not more than the other team’s. What’s our penalty convertion rate again?