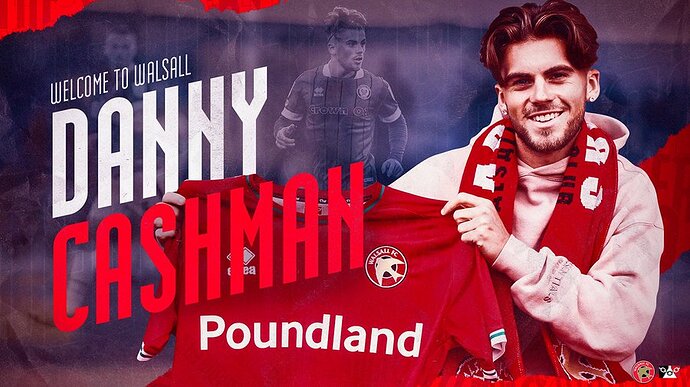 Centre Forward on loan from Coventry for the season

No idea who is he . Only 21 so time to improve him for Coventry next year
3 in 29 while a little tosh is a lot more than Abraham or djt will score this year and Williams based on form
So statistically a massive improvement On our strike force! Good job team x

Could be an upgrade on both Williams and Abraham… could

But again nothing to really judge him on.

Rochdale fan said he was a bit useless.

We definitely needed someone new to partner DJ as Williams, Abraham and DJT have not been the answer so far. Good luck, Danny and welcome to Walsall.

Young lad who needs to be given a chance.

However 2 goals in 20 odd games for Rochdale last season isn’t great, pretty sure the lad who was here last season and could barely get a kick has gone up there and scored that amount already.

Hopefully he does better here but that’s the issue with this club in recent times, just using loan market to get in players who are no better than what is here currently, is he really better than Timmy or Knowles?

Didn’t Williams score 5-6 in league 1 last season? He hasn’t looked great so far starting regularly at this level though.

Way Flynn was going on though I was expecting a striker in on loan who was out of favour at league 1 level or a young striker from premier league club/championship if West Brom have got anyone on the fringes.

Thought we had learnt our lesson with this type of signing. Hope he does well but I doubt it

Can’t find out anything about him, even how tall he is! Hardly overwhelmed but good luck Danny

looks like another non scoring striker, underwelmed signing hope i’m wrong but with a 1 in 10 record we’ll see

We are now carrying 4 strikers with no record of scoring goals, makes no sense.

Are we just hoping for a miracle?

or a young striker from premier league club/championship

Danny Cashman is a young striker from a championship club!
Not wildly impressed though. Only completed 90 minutes twice for Rochdale and barely featured after Christmas. 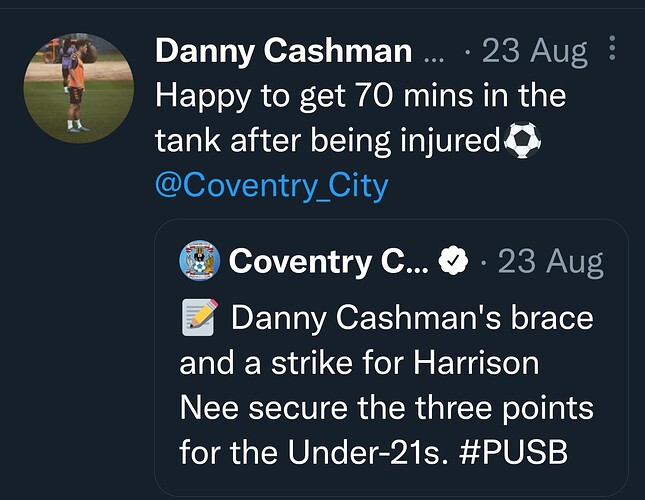 Good luck to the kid but I can only echo the same sentiments as above.

It does say alot about what Flynn thinks of his fowards so far.

Is that all our our loan signings used up now?