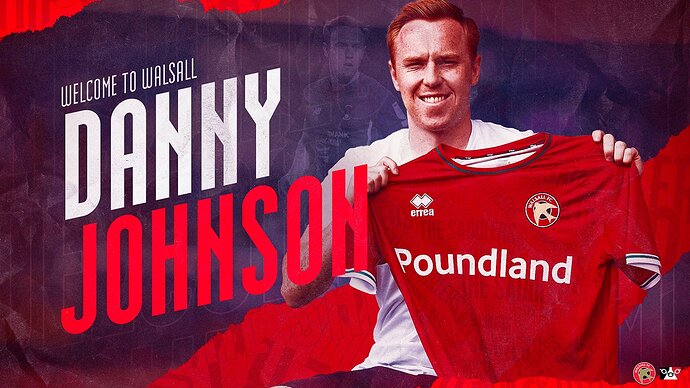 6 month loan, happy with that

Wish it was permanent. If he does well he will probably be off

Would have preferred it to be a permanent, but either way, it is good.

I’m satisfied/content. Not jumping through hoops but it’s OK.

I was worried we’d panic and pay Mansfield over the odds and stick him on a ridiculous wage for a ridiculous length of time (Mākris anyone?). This is at the polar extreme of that. We’ve undoubtedly paid a “loan fee” but at least haven’t bet the house on somebody who’s professional career has so far been patchy.

“I’m a poacher, stick me in and around the box, give me the ball and I back myself to put the ball in the back of the net"

Exactly what we needed

Amidst the hysteria on various pages and Facebook posts, nobody has stopped to consider the possibility that, as well as wages being a factor in this loan, it may also be at the player’s wish. From his point of view, he’s joining a team who finished close to bottom of the football league last year. This gives him 6 months to see how he fits, how well the team does and, ultimately, whether he wants to stay or whether he’s played himself into a more lucrative move. Either way, it’s win-win. If he doesn’t perform, he goes back. If he does, we’ll be up in the reckoning come January and, as we approach that transfer window, we’ll be in a good place to potentially sign him or, otherwise, attract a higher calibre of striker who wants to be part of a promotion push.

Can’t the Mods do something about this kind of post?
I was hoping to see a photo of a sign with “Johnson” on it. Imagine my disappointment when I discovered it’s just another pointless thread about a player we’ve apparently signed.
Mods - sort it!

The only conclusion to this is we are ‘trying before we buy’ and an agreed price in January. And Also DJ is giving us the once over.

What’s your next revelation mystic phil

He looks like the guy from Homeland - I hope he’s not a sleeper, deliberately sabotaging our play-off hopes so Mansfield can get promoted!

Depends if he gets his prayer mat out and prays to Mecca.

I think we’ll sign Abraham and a striker on loan

Depends if he gets his prayer mat out and prays to Mecca.

Do you think he’s a bingo addict then?

That’ll do why only six months? What’s the thought process behind such a short deal? I’m guessing the blokes who’ve we let go out on loan for 6 months have funded it maybe?

Hopefully Wilkinson back in 3/4 months then look at it again ,

Pleasing. I think Flynn will sign one more striker plus Abraham. Abraham is the wide option. Let’s face it based on his goals record he isn’t a very good striker

I’m happy, but … not permanent. It can cause some complications.

I’ve kept out of the debate (is that the correct word for what was going on???) on player salaries, but what’s the point of paying Rolls Royce level prices for what is ostensibly a Ford Mondeo that actually turns out to be a clapped out Fiat Panda? And to do that on a 2-3 year contract that you can’t get out of (nor have any hope of selling on to try and recoup your losses) before you’ve even driven it?

6 months splitting the bill with Mansfield? No brainer really. If he turns out to be worth it, bite the bullet and pay the asking price (haggling for a better deal first if you can of course). Turns out to be a donkey - off you go back mate. And fingers crossed that by then we have Wilkinson & co back and have a better understanding of whether we need to keep him and what price he’s really worth.