“Saddlers manager Darrell Clarke has highlighted that he would like to make ‘three or four’ additions to his squad in the January transfer window as he targets 'forward thinking players.”

“Clarke was coy with the details he provided and refused to identify which positions he was targeting additions for, but he did admit that will look ‘outside the box’ for new signings”.

I thought he had already made a lot of “outside the box” signings,it’s inside the box signings we need,I’d be happy to spend all his budget on one out and out striker,that’s where we are lacking.

A striker outside the box?
He’ll need to have a bloody good shot then!

Where’s “Cannonball” when you need him?

I might be in the minority here but I feel a bit more creativity from midfield (or another out and out winger) is more pressing than a striker. It’s very rare that we create more than a couple of clear cut chances per game. I’m sure that Gordon and Lavery, possibly even Adebayo would have more goals if we’d created more chances.

Don’t get me wrong, there are better finishers out there, but at this level, on our budget, we will be hard pressed to find anyone any better at the moment. Even if it were the case, a great goalscorer wouldn’t have as big of an impact that we’d want due to him just feeding off scraps

I agree but I think We desperately need some more width for this. Holden isn’t really a wide player which leaves us only McDonald

I don’t think we will be seeing any strikers come in unless he can offload Gaffney back to Salford.

Or pay big bucks just for the striker and have Gordon play behind two strikers.

We desperately need wingers/wide players. Starting the season with only one was bizarre to begin with. Think about it, when are you ever going to play one winger on their own. Straight away the team is imbalanced because you have to play a player out of position (Holden/Hardy/Kinsella) on the other side. Absolutely baffling.

And sounds like we will lose the one we have.

A striker is essential.

A winger for each side, more for options as Holden and McDonald have no competition.

Send Gaffney back and bring in another striker.

And another creative midfielder, wouldn’t be surprised to see someone like Hardy leave, doesn’t get a look in.

wouldn’t be surprised to see someone like Hardy leave, doesn’t get a look in under Clarke.

Then see a club like Posh perhaps, take him on a free from us, actually play him now and again, then ship him on for millions as usual.

How many times have we seen it beore?

To those saying in here and the Clarke thread we will probably send Gaffney back: 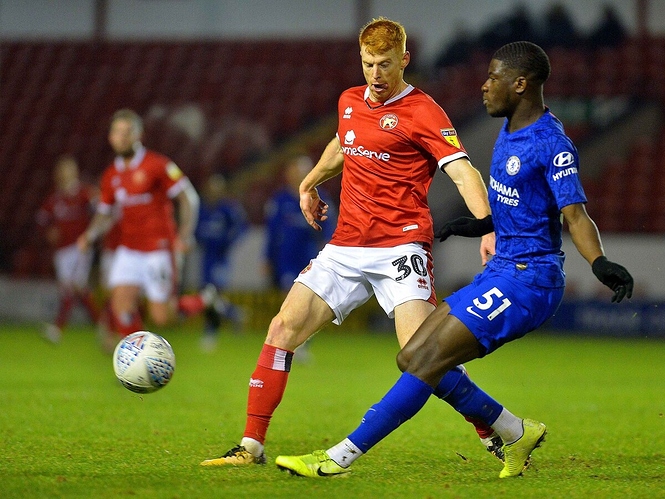 E&S have a habbit of reporting things a week or so after its actaully said too keep there paper going! Dutts said that last week after Chelsea game i think?

If he stays tho its very bleak i must admit, But agree if hes the “spark” were waiting for then god help us

When we signed Mick Bates from Leeds in the mid-70s there was high expectation amongst fans. He was a total flop. The start of the next season people were moaning as he was still there and hadn’t been kicked out over the summer. That next season he was a revelation - captain fantastic!

He later revealed that he had the “big I am” attitude dropping down a coupe of divisions and struggled to come to terms wit the difference in how the game is played at our level. But he twigged and got better.

Similarly, we all thought Ian Roper was absolute crud in his early breakthrough years. Even Ray Graydon on taking over as manager commented that he’d seen him previously and couldn’t believe how far backwards he had gone as a player. Under Sir Ray it was as though Ropes had been replaced by an alien body double because he was massively better than what we had seen him like before.

Not saying Gaffney will be another in that mould, but I do think that sometimes fans these days are a bit too quick to write players off.

there was high expectation amongst fans

I said at the time that, even though I hoped he would be, I didn’t think Gaffney was the answer considering his record and that he couldn’t get into another team in our division. He’s looked every inch the player I expected. I don’t think it’s a fair comparison.

Nothing Gaffney does shows me hes anything other than a non league player at best, Some of chances he blows and also the poor passes and hold up play. I just think hes past his prime now and lets be very honest, IF a fresh promoted Salford didnt think he was up too job what made us think different?

Why is it that people thing Hardy is any good? Based on what?

im under the opinion that when we did see him he looked like a bright little spark, Good or not i dont know never had the real chance too try! Guess we will never know

A winger for each side, more for options as Holden and McDonald have no competition.

And another creative midfielder,

I agree,if you have a constant flow of crosses and through balls,the strikers HAVE to improve their strike rate.

I think they all are collectively.