Didn’t realise he was now manager of Bristol City. Currently 2nd in the Championship.

Wasn’t he our assistant manager? Why did he leave? Looks like we missed a trick there.

He left for a better job. It is interesting their forum were almost unanimous before the season started he would be useless!! I wonder what they are saying now!!!

Doing a fantastic job and a very highly rated coach prior to getting the job. I remember Deano always holding him in high regard.

Funny isn’t it, you should have seen the comments on their fans forum the days before he got the job, when rumours circulated he was first choice. They weren’t happy, to say the least.

I must admit i didn’t think much of his management skills while he was with us? if i remember right we didn’t fare well while he was here?

Yeah Bristol City fans were pretty underwhelmed, understandable but great to see him proving them wrong.
Got a feel about it though where one bad run and they’ll turn and get him out.

Ain’t that always the way…

A few years back it was the last day of school holidays and I took my two kids t9 ray hall lane to watch the youth team on afternoon kick off, dean smith and the youth team manager came out and walked within 2 feet of us and never said a word, Dean Holden come out said Hello and asked if kids had enjoyed the school holidays and what had they done etc, top man and will be forever grateful for him taking the time to speak to my kids, I hope he succeeds even if I have hatred for the red side of Bristol.

Dean Smith, who I rate as a manager, obviously thought highly of Dean Holden and saw his potential.
Walsall FC have established a good relationship with Bristol City in large part due to Holden’s ties with our club.
I don’t think the Pring or Nurse loans, or the Holden permanent signing would have happened without Dean Holden.

Article on him in the Guardian 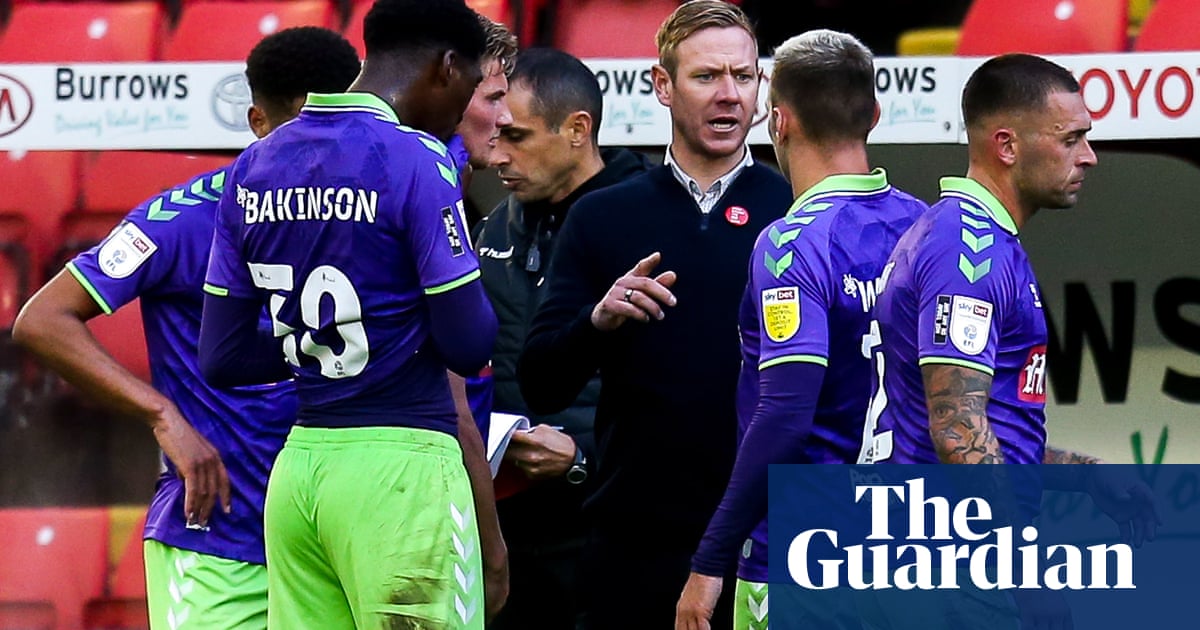 Bristol City's Dean Holden: 'I know there was a clamour for a bigger name'

The manager, whose team are second in the Championship, is using a freezing lake and the pub in his hunt for success

He is known to be a nice chap. I used to work for 4-5 years with his next door neighbour who said he was a lovely guy who always spoke to you and showed an interest in her kids. After what he and his family have been through, no surprise he sees the value in family and making people / children feel valued.

Will never forget the wink and thank you i got from him after climbing under a load of netting at port vale friendly a few years ago, after the ball got stuck, and the look i got from him when i got up to leave bescot after we were losing 3-0 with about 30 mins to go

He comes across as very humble Dean Holden and I really hope he can get them in to the premier league. Also played a big part in our signings of Holden, Pring and Nurse.

Yeah from memory I’m sure he came in after an o.k start to season and then team didn’t win for months on end but could be wrong.

Was a bit of a revolving door with number 2 in those days. O’Kelly left to manage Hereford, then Ned Kelly came in for grand total of one game at which point Davies took over Forest again and left then Holden came in for a bit before leaving to join Lee Johnson at I think Oldham. Then O’kelly came back into the fold for 15/16.

Eh? And Dean Holden is?

Sorry wrong thread. Don’t know how it ended up in this one.

I knew that this was meant for the Rashford thread, but I had to respond.