Rumours that they will get chucked out of the league.

Does anyone know if this would remove one of the relegation places from league 2 if it happens?

Still annoyed with Derby from the 2003-04 season when they got to play their penultimate game later than us, thus knowing what result to play for going into the last day of the season.

It will be a big thing for football if a club as big as Derby County go to the wall. Maybe that is what is needed? I don’t wish it on them though, as always it is the fans that suffer the most.

No idea how they would reconfigure the leagues, clutching at straws though!

Won’t happen, too big a club, and too many people give a crap about them, unlike Bury.

Won’t happen, too big a club

Won’t happen, too big a club

Agreed. To answer the original question, they’ve always relegated one less rather than promoted one more.

I couldn’t have any less sympathy for a club like Derby.

Especially when they’ve still got a 15/20 million quid player on the books. Laughable.

@latviancheese Do you mean Bielik? £10million well spent, that was…

Plus all those freebies they’ve signed are probs on a nice whack.

I’d forgotten about Bielek, who’ve they also had payment holidays on.

Been given a month’s extension to provide proof of funding (the deadline was 1st Feb), so looks like they will be allowed to slip the net.

Whilst the smaller club like Bury get caught in the net and have their throats cut!
Not that they deserved any better playing top rated players wages they couldn’t afford.

Have to admit at end of the day derby need to off load players. still feel that the fa don’t support thefootball pyramid like they should. only bothered about premiership.

More double standards. If they’re not selling players in this window they’re laughing at FFP. And they’ll get away with it.

And how much is there manager on

Almost as much as one of our top earners …monthly v’s weekly of course!

If I was a Receiver, that would be the first wage to go…not doing their jobs properly.

You’d have to pay him off so it would just add to the debt, they were probably secretly hoping he’d go to Everton so they get compensation and reduce the wage bill.

And how much is there manager on

Think he is / was paid by DC’s sponsors 32Red. Pretty sure there was some furore about it as Rooney’s shirt number at DC was 32!

In any case, it’s about time that a “Big” club was allowed to go out of business. As has been mentioned above, the authorities are far too lenient with them when compared to “Smaller” clubs.

Today’s the last day for Derby to prove to the EFL that funding is in place for them to complete the season or potentially be wound-up. 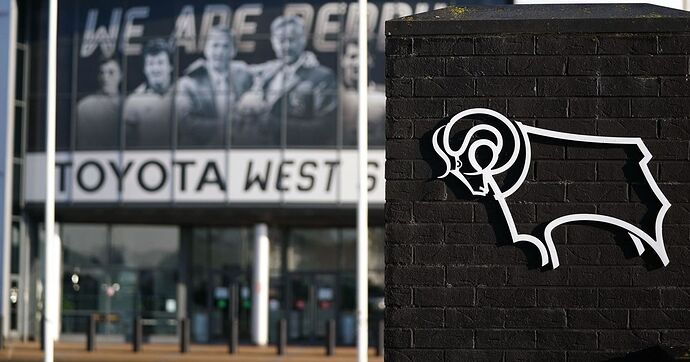 Sorry, I don’t have an once of sympathy for clubs (big or little) who flagrantly overspend. They know what they’re doing, they know it’s against the FFP, yet they still want to cheat and get away with it.
Maybe a club like Derby needs to be thrown out of the league, doing something that drastic would certainly wake up the other cheating clubs to tow the line.
Bury didn’t do anything Derby hasn’t done, why not dispense the same punishment?

I agree. Walsall, since Ramsden, have always lived within their means yet other teams that go bust plough on regardless and seem to be able to buy new players and so on.

Given that Derby are going down anyway this year, to relegate them would put them in League 2, which we could do without in terms of a promotion push. Staying in League 1 would be zero punishment. Out they should go.