While it’s quiet. Choose 5 goals special to you (not necessarily the best or most important), that will go with you to your desert island and a description of your thoughts at the time.

Bernie Wright (v Man Utd) As he got the ball -. That’s going over the railway……… Oh!
Colin Taylor (v Barrow) From the half way line -

Keates Vs Swindon I just loved that day as a whole but to win the title with that so late on was pure elation and to come from a local lad meant even more to me personally.
Byfield vs Reading… no words are needed
Forde vs Preston (JPT semi) I just remember being in a sea of limbs despite being sick as a dog I can’t remember our fans that joyful.
Forde vs Port Vale… The stress of that day worrying about other results can make people forget how great a performance that was and Forde strike from distance was something else.

Although not walsall related
Beckham vs Greece for England the drama and what it meant for qualification makes it worth a mention… was a quality free kick too.

Andy Rammell (v Wolves), August 1999 - The away end, the euphoria, the bragging rights at school. 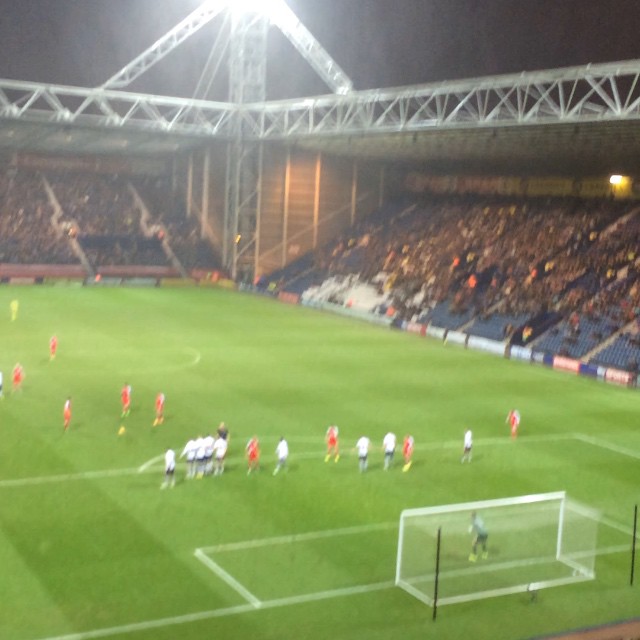 7 Likes, 1 Comments - Rich (@richpjackson) on Instagram: “First goal then things got a bit crazy!! What a night!! #saddlers #UTS #JPT”

it’s still a thing of beauty!

Keates v Swindon - is the best goal ever.
Forde free kick v Preston - it was a glorious moment
Byfield - Playoffs
Butler - v wolves Self explanatory
Rammells diving header v Stoke when we won 1-0z probably my first derby game and what a goal

Can you see a theme?

Don Penn away at Sheffield United in 82
George Andrews v Newcastle 75
Kevin Summerfield’s equaliser at Anfield in 84
Alan Buckley away at Port Vale in 75/76 - one of the best goals I ever saw a Walsall player score.
All four against West Brom in 2003

Don’t worry,Boli was just as confused,he thought he was signing for a premier league club…

Alan Buckley away at Port Vale in 75/76 - one of the best goals I ever saw a Walsall player score.

Yes that Brian Taylor back-heel was amazing. Was it really his debut?
Colin Askey at Shrewsbury
George v Newcastle
The two at Highbury
Any Colin Taylor thunderbolt from a narrow angle that somehow ended up in the net.
The best one not scored can’t remember the opposition. David Kelly dummied the keeper and rounded him the opposite side to the ball and promptly missed. Pele once did the same but he might have scored.

That Kelly one at Notts was amazing. Showed it to my Villa supporting nephew for RoK’s part in it.

Was it really his debut?

I think so but it might just be me imagining it. I think the other goal was scored by Bernie Wright, and that it was his debut too, but I might be making it up!

Penn at Sheffield. Also remember the bricks flying over the wall on our way out when the Utd fans knew the correct other result after the fake news.

That Buckley goal at Port Vale was something else, my mate and I talked about it all the way home.
I also remember Colin Taylor’s goal from the half way line many years ago.
Some of the goals v Port Vale in that 5-0 hammering were excellent.
Merson scored a couple of beauties against West From on his debut.
Leitao’s two v Charlton in the FA Cup. I believe it was Colin Lee’s first game in charge.
Byfiield’s winner at Cardiff - no Walsall fan will ever forget that!
And, if I remember correctly, the wizard of Oz scored some wonderful goals.

Was the Buckley one when he dribbled the ball all along the line virtually from the corner flag before scoring? Memory is fading but he did score so many.