Definition of Meh. Also played more as a winger than a striker. Hope he’s better for us.

No on the wing now Phillips has gone … 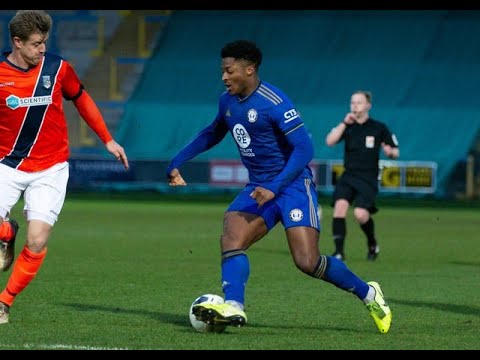 Hope he does well, but his highlights reel features a hell of a lot of awful defending

I welcome this and look forward to Taylor saying something like…’ the current system obviously hasn’t worked and I hope that I am flexible enough to try something else. Signing Devante means that we have now other options available to us.’

I will be at Scunthorpe but I am not holding my breath.

I didn’t realise he’s only 23 to be fair, so every chance he develops into a good player.

Told you we wanted him decent signing for me

Well that’s another one I told you about and was correct.

Yes another one of those wild unsubstantiated fan rumours people are complaining about at the minute, not least the SLO

Cracking signing that is

Should be enough in the squad now to save us getting dragged into the mire .

But I wouldn’t put my mortgage on it mind

Be honest, who immediately thinks of a yellow three-wheeled van?

Consensus from Vale seems to be he was rated last season. Not been the same player so far this season, however who knows what impact badgeman has had on that now he’s been able to put his ‘stamp’ on things.

A forward option- sounds like he’d be suited more as a wide forward in 4-3-2-1 than as a central striker. My aim now would be a that elusive targetman type striker over a CAM/Rory/Khan replacement (still very important but feel we’re only going to use up that loan spot now rather than any more permanent deals). Earing CAM and then front three of Rodney- Player X- Wilko at home could be interesting.

Of course won’t happen as MT prefers Labadie at CAM for some reason- and we’ll use the loan spot on another in Phillips’ mould, but one can dream.

Welcome to Walsall FC, young man. I hope you can live up to your highlight reel.

Some message of intent I think. It looks like a good signing. Not only because he can play as a winger or central striker, but he is young and still has some room to improve. I hope you’ll be a good signing.