We have received a lot of questions from our members regarding the Direct Debit Scheme which we announced some time ago now. For those that don’t know it was a scheme for fans that wished to support Walsall Football Club financially through this very difficult time to set up a monthly direct debit of an amount they could afford and felt they could donate to the club.

The response to this by you the fans was amazing, there were many people waiting to commit to this. It is with regret that we have to announce that we will not be able to move forwards with this at this time. ISSA believed in good faith from previous conversations with Walsall Football Club that everything was already in place to make this work. However, Walsall Football Club informed us that due to staff cuts they don’t have the staff to facilitate it and asked if ISSA could set it up and manage it and then make payments to the club. As much as ISSA would have loved to do so, it would take months to set up such a system and administer it. It was never ISSA’s intention to handle fans money. While it is disappointing we have to accept the Clubs decision.

Rob Harvey at Walsall Supporters for Change has already got a go fund me page set up to raise money for the club. ISSA was already in support of this project and would like to ask all fans that were ready to donate to the direct debit scheme to take a look. It is possible to make one-off donations but also can accommodate a direct debit if you wish to do it that way. If you feel you can please put your support behind this. A lot of fans have been donating the cost of say a pie and a pint they would have had at the match for example. Whatever you feel you can afford will be really appreciated. You can find full details in the link below. 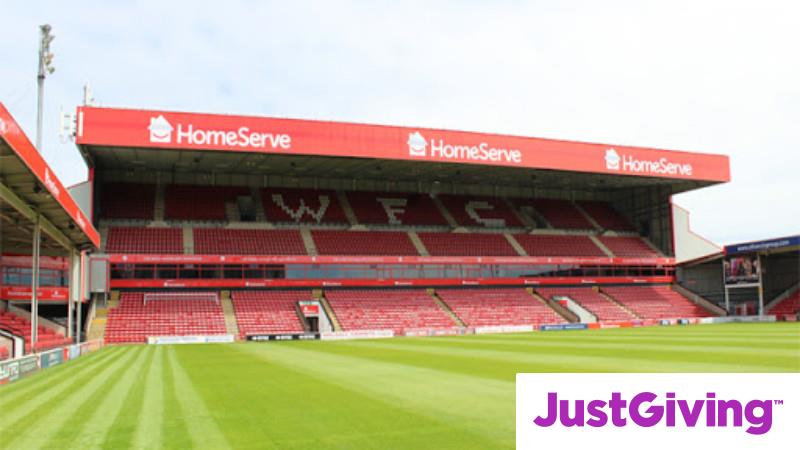 Thank you as always for your continued support.

I’d urge anyone on here who is also an issa member. To support this. Scheme.,

as mark as said to those who wanted to donate on a monthly. Direct debit. Scheme,You can do the same. In this one. , doesn’t matter via which group donations come from what’s important is. Club survives, The crisis it currently faces

Please if you can lend your support to this , please do so and let’s see the current total. Rising

However, Walsall Football Club informed us that due to staff cuts they don’t have the staff to facilitate it and asked if ISSA could set it up and manage it and then make payments to the club

I find that a bit hard to swallow. It’s not hard to set up a DD. It’s not the most labor intensive job either.

We can only report what we were told Andy. I have my own thoughts on it which I’m not going to share on here. It is the truth, that is all I can say.

Or he could just DM you his thoughts

Find it pretty astounding that a business the size of Walsall football club cannot facilitate a scheme such as what was proposed without any issues stinks of incompetence for me but lets all get behind Rob and his fundraiser as its an avenue for fans to provide support so let’s use it.

Fans are asking on various sites why. The direct debit scheme was abandoned. Below is a copy of. My response, It reiterated what mark has already said, we can only report back to you guys what is told to us. By club.

Matthew Waller i fully understand it mate , and was. Surprised at club not wanting to do it,

Issa. Was not willing, and should not have been expected to. Oversee such large amounts of cash that where. Destined for the club for obvious reasons.

Fans wanted to back the scheme. But we can only report back to you guys what club. Says, And it was they would not be able to. Manage all the line payments, and admin work such a scheme would require, at a point in time they where operating a skeleton staff

Being brutally honest. I can’t see how an organisation the size of wfc. , does not have the infrastructure in place already , and given the expertise at there disposal, they. I. Would of thought could easily facilitate. Such a scheme even with reduced staff

Myself and other committee members attended a meeting. With senior personnel at the club , to discuss the scheme, It became apparent that club wanted Issa to. Administer it. And set up another account separate from our own banking system, to accommodate this particular scheme

Again I state Issa where not comfortable. In doing this , and again I state Issa should not have been in charge of fans cash in this way., the best and most. Easiest way would have been for all payments to go direct to club, As this was the intended point of scheme, I’e to provide. An instant regular revenue stream to club

I’d also point out no conditions where attached to scheme every penny raised. Would have been left to clubs discretion to how it would have been used.

our idea. Was to put it to fans, gauge interest and. Get fans involved. By order of pledges. We did this, and made club aware of the possible numbers we had got showing interest,

We. accept what club have told us as to why they feel. They can’t facilitate this scheme, We have to as we have no say in it

All at Issa thought next best thing was to get all those expressing an interest in our scheme. To back the one highlighted within. Original post

It’s not about what group can do this that and the other or which group can raise the most cash etc
It’s about our club surviving, and as said we at Issa. Although somewhat bewildered by clubs decision, Would request all our members. To Now back the scheme being run by. Walsall supporters for change, if they can who us at Issa have a. Great relationship with and are happy to support in there fundraising effort to aid our club

Seems like it’s annoyed some fans from what I’ve seen this morning mate.

Club. Shoot them selves In The foot, at every opportunity. And. We hope that. Fans disappointment does not impact upon scheme being run. By Wsfc

But club. Do not help themselves. Despite. Supporters bending over backwards to do there best. To help. Club still manage to cause. Bad feeling.

I have zero financial knowledge but it could be something to do with tax, as the DD may be seen as an income stream & be taxed accordingly.
Not sure if the club will have to pay tax on the monies received from the Just Giving fund.

I work in Finance , and believe me both the setting up of and administration work behind a Direct Debit scheme is resource heavy.

My guess is a 3rd Party currently takes the direct debits for Season tickets payments.

For a bit of balance and my own personal opinion. The post wasn’t put up as a reason to beat the club up. People can make their own minds up of course. It was put up to explain properly why the scheme wasn’t going ahead, and to encourage those who felt they want to donate to use Robs fundraiser.

There will be a reason the club declined whether it be as simple as what they told us, or some other implications. The scheme was put forwards with the best of intentions and the belief that everything was in place for it to work. It wasn’t be, such is life not everything works out.

Not sure what there is to be annoyed about.
Club still gets the money.

There may be a slight fee (about 40p for every £10) but that’s nothing considering it basically covers the admin which ISSA or the club now don’t have to deal with.

Exactly. Can’t see what problem is. Just giving was set up as a platform for Joe Public to fund raise without all the other hassle that goes along with it.

If it was easy and straightforward the club would have done it.

Just saying what i have seen online and it has annoyed some.

I don’t think the club have the resources at the moment . And surely it would cost them more than the 40p for every £10 it is to give to robs fundraiser to set it all up.So the club are right to say what they have.

It does indeed. A company called V12 Finance

V12 Finance are a 3rd party finance broker company so its their name that appears on customer’s bank account when season ticket installments (including an admin fee that they keep not the club who only get the face value of the ST) are taken rather than the club’s. Whether they are the underlying DD provider though is another matter - they are acting as a merchant in the transaction with the customer and may not actually do it themselves.

The club do also advertise DDs as being available for Goalden Gate payments and this is provided by Eazy Collect who are a dedicated DD bureau. However, the lottery itself is run by the Midlands Sporting Association and not the club itself, so again probably no direct link with any club account (i.e. your entry money goes to MSA minus a transaction fee taken by Eazy Collect, plus their own admin charges, and what’s left is split between prizes and cash for the club).

Not aware of any others so guessing the club would probably have to set something up from scratch and either do it all themselves (no small task!) or use a bureau service who would charge a fee per transaction (just like Just Giving). Either way would cost them money and effort - so I guess having someone offer to do it for them would be a great benefit.

The club do also advertise DDs as being available for Goalden Gate payments and this is provided by Eazy Collect who are a dedicated DD bureau. However, the lottery itself is run by the Midlands Sporting Association and not the c

As far as I can see , MSA have knocked it on the head with us.
Have just had a letter from them saying “after raising 235 thousand in 17 years for us, it is with deep regret etc etc …we will no longer be supporting WFC”