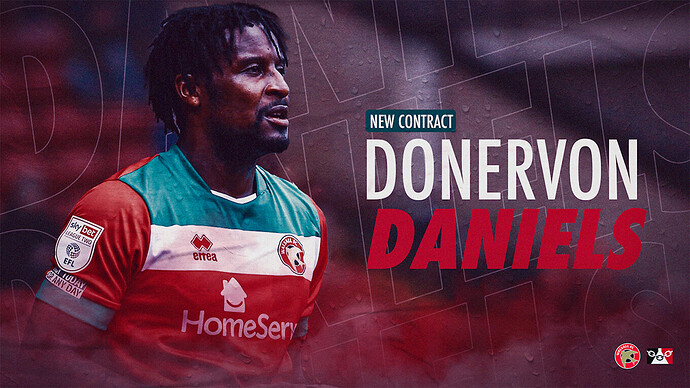 Great start to the Bank Holiday!

Great business in getting this sorted on a 2 year deal. His performances have been consistently good and he is a leader at the back. Good work

Very good news. He looks like a player from a higher league and signing him for two years shows ambition to have a good next season.

Excellent signing, i’d expect him to be captain next season hopefully can help Menayese back to the form he showed start of the season.

I believe we are unbeaten when Daniels has played a full 90 mins under Flynn.

Great signing! I do wonder if it was him who told the dressing room they don’t care enough!

Very pleased about this. He and Monthe look like they are getting a good understanding together now. Just need Mayonaise to get his first half off the season confidence back and that could be a very strong back 3.

If we could get Mickey Demitriou from Newport as well, with Tom Leak as back up, i would be very happy indeed.

Heard a whisper we want Matty Dolan from them.

Bostin
A good sign of intent for next season
Lump on

This is good news. Him and Monthe at the back should be a solid pairing next season.

Has looked a good player, signing him is welcome news.

I thought that too. When Taylor and Fullarton were talking about bringing in the right characters, Daniels fits the bill in terms of what I expected.

I can’t remember who we were playing against but it was towards the end of Taylor’s reign. We were booed off at home (could have been one of many) and things really came to a head. Daniels was the only one to approach the fans and engage, holding his hands up and acknowledging that they must do better, even when he was one of the better performers.

The definition of a leader for me, on and off the pitch

Seems to be an honest open guy 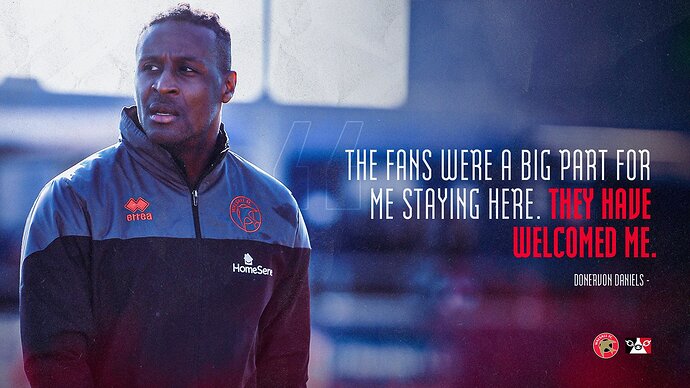 Menayese looked very good on Saturday when he came on. Let’s hope his confidence is restored. I would give Leak another year and try and find a decent player who can play in either a 3 or 4 at the back. With White that should be the defence largely sorted.