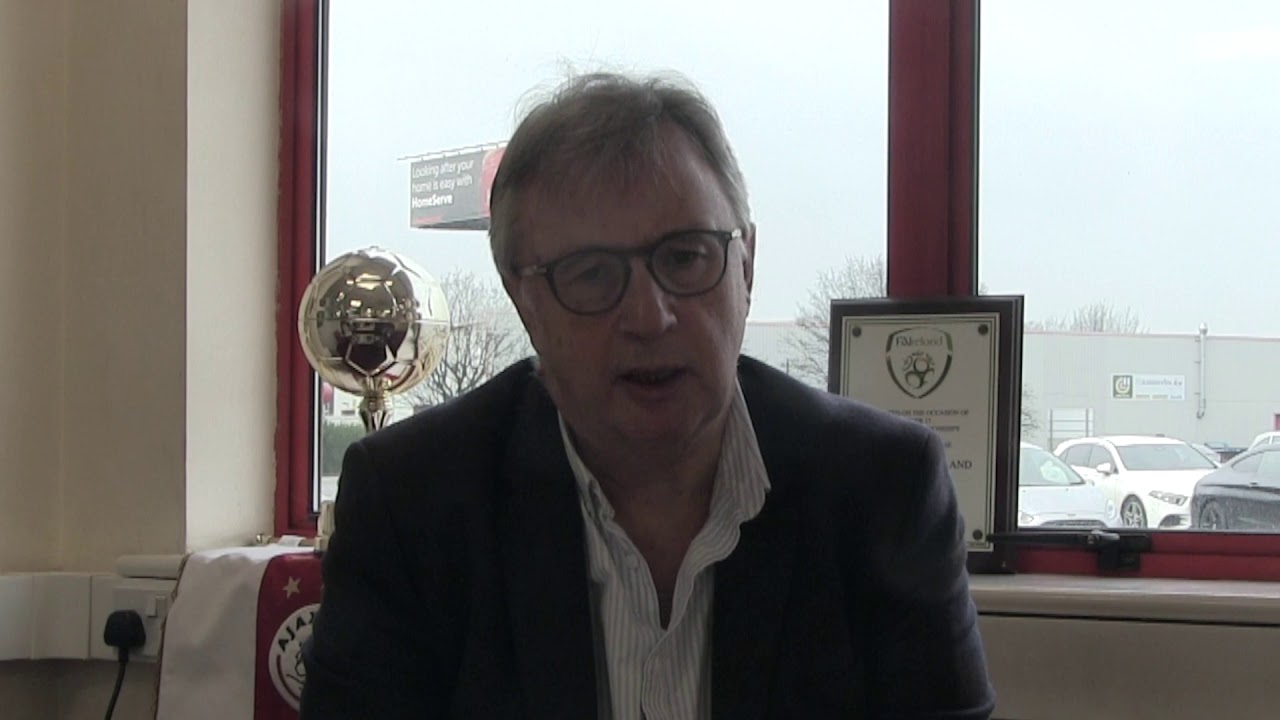 Pretty honest explanation on the reality of the situation .

A calm voice amongst a load of nonsense.

Thanks Leigh.
I’m so glad you are in charge and not JB.
I look forward to a time when we can give you some stick from the terraces, but until then do what you have to do.

Thanks Leigh for giving the voice of Sanity & Reason an airing.
Glad we’re in your hands.

Not quite sure what changed between being ok last month to this month being on the verge of the abyss and needing to sell our best players to survive.

Starting to learn to take these updates with a pinch of salt.

Sorry but I don’t buy any of it. We sell our best players and pick up scraps that no one else in the league wants. Left unable to compete with even the smallest clubs in the division

Fair play to Mr Chairman for keeping us in the loop and informed. Maybe the minority on this site and others will give the acknowledgement to the sorry state the club is in no fault of its own, and stop jumping down pomletts throat every chance they get. Give the bloke a break I’m just as disappointed as everyone else that we aint signing proven players as replacements and we are relying on freebies. But I’d much rather have a club to support after this pandemic and I know mr pomlett is the man too guarantee that. IN LP WE TRUST.

How do you know that no other team wanted Max or Derick?

I’m trying not to be to negative about the players themselves because they could all turn out to be great, literally nobody knows because they have zero track records but in fairness, Cheltenham didn’t want him, took him on trial and turned him down apparently.

There will always be disappointment like this but if we need the money then I’m all for it. Let’s just hope the new players will do a job.

Not even gonna go there. We know that we only sign players that are either free or no one else wants and I’d include barrow, stevenage, Harrogate, etc etc etc etc in that. So it’s OK coming on You Tube saying what a great job your doing but to me actually your not. Unbelievable arrogance as well to dismiss supporters comments as nonsense

And not arrogant to suggest you know better with no knowledge?

I could counter that it’s unbelievable arrogance to dismiss the job that LP is doing, unless of course you have intimate knowledge of the day-to-day workings of the club.

There are many things you could knock Pomlett with but arrogance is bottom of the list.

I’m sure that it hasn’t gone unnoticed by some, but today is the 2nd Feb - Groundhog Day.

Stepping back from this years’ event, I am wondering how things need to change in order for LP to achieve his goal of us being a club capable of competing in the Championship in 5 years (3 at the end of this season), or actually at all.

When Darrel Clarke took over in June 2019, his first objective was to have a major clear-out, preferring to build his own team based on his blueprint for success. A season and a half later we are no further forward, with only a handful of players contracted to the club beyond the end of this season, a bunch of loanees who are effectively in the shop window and no recognised playing style - some bluprint! In fact, the two players that were sold yesterday were his signings, both with a few months left on their respective contracts. In the unlikely event of promotion, it is difficult to see how we could possibly compete in League one next season without a serious injection of cash (only Rico money comes to mind).

For this to change, in my view, we have to change the way the club is run. A number of posters have talked about a Director of Football or similar, with the first team coach being just that. I support this. In addition, we need to have the balls to sign players on longer contracts so that we benefit from their development/ improvement rather than having to take less than their worth or nothing at all. We have lost a lot of good players over the past few years that simply ran down their contracts or left (as yesterday) with a few months to go. Of course there will be duds like Baxendale, but a Sawyers or Etheridge more than makes up for it. I just cannot see how we can hope to sustain a decent team any other way.

I respect LP for communicating with the fans but would love to know what he proposes to do in order to achieve HIS plan.

He didn’t dismiss them as nonsense though did he?

He said that he understood the concerns, laid the reasons why we took the actions we did and the consequences of not doing so.

Now, for me the real question in all of this is how much of an impact is the freehold having on our ability to maintain cash flow?