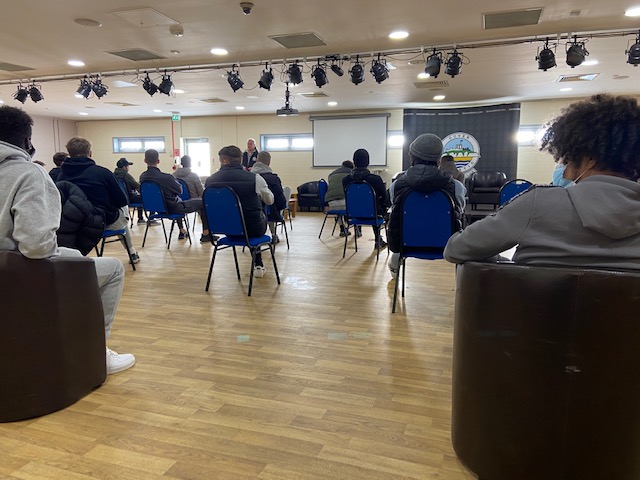 Sad but inevitable.
Football needs to take a deep look at itself.
Money talks.

The EFL try to put a more sustainable model in place but the PFA over rule.
The Premiership maken a token gesture to support the game whilst at the same time UEFA make plans to make the rich clubs even richer.
The Premiership players make ‘generous’ donations which don’t cost them too much.

It is only a matter of time until the foundations crumble, but those in control won’t care as they will continue to make money.

Sounds like a ‘well-run’ club, in that the chairman doesn’t want to put them in debt.

There’s a ‘well-run’ club in Division 4 who lose money every time they play, too.

It brings into sharper focus how much our landlords are helping out.

It’s boring and it sounds obsessive but the lack of transparency around the finances at Walsall is making it hard to make a choice around whether to Chuck even more money into the coffers.

We have the Sword of Damacles hanging over us. I cant see JB writing off any rent. More than likely it will be capitalised and repayable over the remainder of the lease, possibly with a dose of statutory interest for good measure. The ultimate irony being our number one fan decapitating us ( and why shouldnt he).

If our saviour. Was helping, Club would be shouting it from rooftops, as that would be the best. Way to galvanise continued fan support

The board are well aware that this is a question. Majority of fans want answering before further helping with financial. Support, and there continued. Response. Of swerving. The question. Raises more concerns than it provides answers

The fact they release wish washy statements stating all stakeholders have helped. , indicates to me that any financial help. If any at all has been minimal from our number one fan

Maybe he went down there and helped. Put the covers on the pitch, or. Gritted the approach to the stadium. , as this could be classed as a stakeholder helping. Could it not and there statement. That he had helped would be a truthful one ,

As said if he had done anything major club would be. Chomping at bit to get it out to fans, The fact they Havant in my opinion tells it’s own story.

I’ve done about a grand this season. Don’t begrudge it at all.

But to commit the same and possibly more for the next campaign I just want to understand exactly who and what I am propping up.

If that is an inconvenient or awkward question then WFC have absolutely no obligation to answer it. Just as I have no obligation to throw hundreds if not thousands more of my money at an entity that refuse to explain exactly what they do with that money.

I expect nothing from the landlord, whose purchase of the ground and the club afforded him a golden financial opportunity. At least with our landlord having sold the club to our current chairman there is a clear division now.
Whilst it might make me feel better knowing the full details of the financial goings-on, both currently and over the last 30-odd years, including the machinations of the Denglen-Devanmanor era, we are where we are.
As much as I’d like to be able to condemn the landlord and former owner on the basis of solid evidence it is highly unlikely that will be forthcoming. I don’t think you need to know specific details of what went on in those days to be able to ascertain the characters and motivation of those involved at the time or to conclude that the club has suffered immeasurably as a result of what went on.
I don’t subscribe to the notion that our owner is just a front man for the landlord so I have no problem with buying a season ticket at the earliest possible opportunity. I know that it is inevitable that the money I pay may contribute towards paying the rent but that is the unfortunate reality.

I’m not looking to trawl through the history. There is an official account now published that won’t be veered from. It is all about the here and now for me. I think those of us who left our money in and are potentially going to be asked to take a bit of a blind punt again deserve far more than we currently get in terms of information. The lack of information suggests that it isn’t a great PR story.

I could easily see us doing that soon lets face it this team isnt promotion material i hope i am proved wrong but its another mid table finish for me so why not protect the club i can fully understand why Dover have done this.

Every time I look at those ridiculous cardboard cut-outs of fans in the top two divisions it breaks my heart, because I know full well those top 2 divisions are nothing to do with connection with the fans anymore and will survive comfortably. More like the connection wit the sponsors and the TV companies.

The clubs that do rely on their supporters to survive cannot even afford to have token cardboard cut-outs made.

I agree but before any season tickets go on sale the accounts for last year will have been published.There will be no “early birds” this season in my opinion. The Club could not possibly ask those of us who left money in the Club for little return to pay up now 6 months before next season starts.
My hope is that the accounts coupled with a statement from LP on the current situation will provide the transparency you are seeking. I will renew my tickets whatever happens but I agree that much more transparency is required. I would also hope that when Season Tickets are issued those of us who left our money in will get a reasonable discount similar to what we might have got in an “early bird” offer.

I wonder how many fans would have left their hard earned season ticket money in the club if JB had still been Chairman.
I would have listened to the case put forward and made a decision, but I suspect the majority of supporters would have told Jeff to bog off. Guess we will never know.

My point regarding the historical goings-on at the club is that even if the unvarnished’ truth’ was known it would not make any difference to where we stand today.
Our owner is between a rock and a hard place. The price of him being ‘transparent’ about the support given by our ‘number one fan’ is to potentially deter supporters from putting money into the club. He might gain the respect of fans by doing so but that won’t pay the bills.
There has been tremendous goodwill towards the club from fans since the change in ownership; all the work and funding that has been contributed towards refurbishing the community area being perhaps the prime example, and I’m sure the owner doesn’t want to lose that either.
However, the ball remains in the landlord’s court regarding the rental payments.
There are many times during the course of my working life where I’ve had to deal with people I’ve had no respect for and whose actions have been deeply detrimental to my clients’ life and well-being. The temptation was sometimes there to tell them exactly what I thought of them and to tell them where to go. I might have felt great at the time but I’d not have got the result I needed in the long-term, for the people I was there to help. I imagine there are similar situations in the business and commercial world.

What’s not clear to me is if there’s anything stopping LP doing a Rotherham and moving to, say Perry Barr athletics stadium and playing there instead of paying rent at Bescot.

Not saying LP should do that, but is there anything actively preventing it (ie has he committed to paying rent at the banks’s for x years)

Unsurprised, certainly not by the timing. A lot of clubs will be approaching tipping point now.

You are right. But we all play a bit fast and loose with football being “normal “ from a business perspective. There will be very few businesses who’s customers are due a Covid related refund who have asked that their customers “leave their money in” and even fewer businesses for whom 80% of those customers have indeed left their money in. The concept of such steadfast brand loyalty doesn’t quite translate. Especially brands who’s product has objectively deteriorated markedly over the last half decade. In fact in most similar business scenarios , punters would think it a right liberty and cheek to even ask.

Therefore there has to be a quid pro quo. Don’t just talk to us. Inform us. Stef has looked at cash flow and we’ve got to sell some players. Staff at the club made redundant, others furloughed. OK, that sounds bad. So how bad? What are the moving parts? How are we mitigating the big costs, including the rent, how are we maximising the revenue opportunities? It’s time to decide whether we are customers who should really react like “normal” customers or whether we are indeed grown up stakeholders in “our” club and therefore are deserving of greater insight and transparency.

As @WalsallOne says, maybe it’ll all be clear when the accounts are published in May. If the Early Birds go on sale in March as they usually do and then the accounts in May reveal that the club still has this huge millstone round it’s neck, then that will be really bad form indeed.

Does anyone know whether Dover have to forfeit the fixtures that they fail to fulfil?

No idea but I wouldn’t be surprised that now one has done it more follow suit. Will force the hand of the league to forfeit the season, which unfortunately I think is in the best interests of everyone.