Gabriel Sutton on the case

I’ve just spent 2 hours typing out my thoughts. Gabriel says he will work on an article about us soon. I hope many others will send him their thoughts. 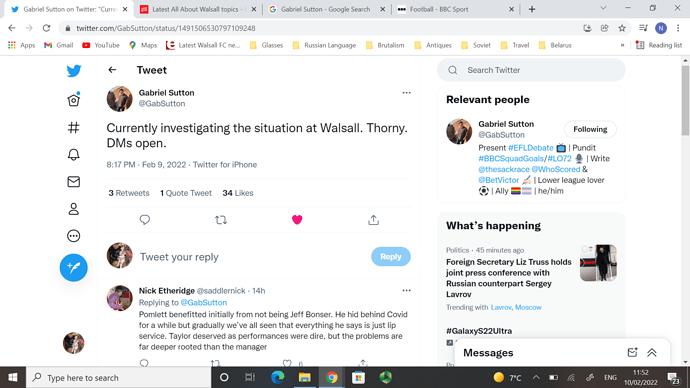 What did you tell him Belge, how far back did you go?

Thanks for the heads-up on this.

Are they on anything? I see BBC squad goals but never watch/listen to whatever that is.

Might be worth tweeting Ally Maxwell/George Eelk who alternate on Quest most weeks to cover league 1/2 as they usually get a minute or two to talk about latest basketcase club.

This article is always worth a read…pretty much 3 years ago so the warning was there but Gamble and co just covered their ears and hoped for the best:

Floods of urine and years in third tier, are Walsall one of Britiain’s most boring clubs? (thesun.co.uk)

Comparing to Cov in that article I see, that aged well Stef.

Sad reality is Walsall FC just seen as too “boring” to be covered much by national press.

He got the whole story from my point of view. Back to FP days. There are many who are as old as me who shared my experiences, many youngsters who don’t have that history but still have legitimate points to make. It’s not often that a journalist with national reach focusses on us. We need to make the most of it

Might be worth pointing him in the direction of here? Should get all he needs to know.

Expect a piece full of puns!

Genuine supporters sufferr in silence week in week out and its about time we got the way Pomlett, Mold and Gamble are running the club out into the wider media.

have given him link to UTS and said happy to put him in contact with ISSA. I have my own views about the shitshow that is WFC but I don’t claim to be representative of fans. I hope many others will send their views to him and we can get some national coverage

I’m sure that whatever you’ve sent him will be spot on, and representative of at least 95% of supporters.

When Exile wakes up it might be worth him sending him his assessments of the freehold separation/Bescot building situation?

Journalist who does EFL stuff, writes for different sites. He is not the be all and end all but has nearly 12,000 followers on Twitter and from what I’ve read he understands EFL stuff.

He’s a EFL nut, what he doesn’t know about efl clubs is not worth knowing.

Cheers, so if he writes a story it’ll get out there and be shared far and wide.

My messages to him. Like I say i don’t claim to be representative of fans. Just my thoughts.
Than you Gabriel for focusing on the shambles that is Walsall FC. No idea how much knowledge you have about how we have got to where we are? I have followed Walsall for 45 years home and away, not every match but most. This is the lowest and worst i’ve ever seen. Matt Taylor probably had to go but he has been made a scapegoat for the incompetence of Board and so called Director of football. To cut a very long story short the rot started when we left our spiritual home at Fellows Park, which we owned, and moved to the biscuit tin / mechano set that we currently play at. However, we lost the ownership along the way and the ownership of the ground mysteriously passed to our apparent saviour Jeff Bonser’s pension fund. Once this came out it started a deep divide between club and fans. We now pay around £500,000 a year to rent the ground and since those days the division between club and fans has got deeper. They have siege mentality and see us fans as an inconvenient nuisance.

The only reason WFC exist in the Board’s eyes is to pay the rent cheque to their mate Bonser. The last couple of years have been catastrophic. LP has lost any credibility he had by not being Bonser. We went down a new route appointing a Director of Football in the summer. Lord knows why a club of Walsall’s size needs a DoF. We appointed Jamie Fullarton in this role, a quick Google search of fan sites at clubs where he had previously been employed revealed not many had a good word to say about him. We were told he has overall responsibility for all football matters and signings. We signed 13 players in the summer, Monthe, Jack Earing and one or two others have been OK, the rest … shocking. We don’t own a striker apart from a young kid who only gets an occasional 5 minutes as a sub. MT didn’t help himself. He insisted on a rigid 4-5-1 system with George Miller (on loan from Barnsley) up front on his own. He scored a few when he first came in, the kid obviously has something, but he was left isolated up front on his own and now has 1 goal (that went in off his arse) in the last 3 months. I really feel for him, he just has to chase balls hoofed up field and is up against big lumps of League 2 defenders. He hasn’t got a chance. We had Kieran Phillips on loan from Huddersfield where he is highly rated by his club but MT never played him up front in a partnership with Miller. If Phillips played he was stuck on the wing or like for like replacement for Miller. Unsurprisingly Phillips was recalled by his club and immediately went out on loan to Exeter at tope end of League 2 and they are playing him upfront. MT obviously has fantastic playing career behind him and was coaching Spurs academy elite kids before he came to us. Personally I think his mistake was thinking players at our level are capable of playing the way elite kids at Spurs play. Bad mistake. At our level if a player can run in a straight line and pass it 5 yards to someone in the same colour shirt that’s a bonus. Standard of League 2 is low. FGR are streets ahead of the rest. The rest are much of a muchness. Football at League 2 level ay rocket science. You need to be organised and hard to beat and have someone who knows where the net is.

Fullarton has assembled the most unbalanced useless squad in our history. MT has been made a scapegoat. Yes he probably needed to go. But he goes with the best wishes of every single Saddler I know. There is a cancer in the club that is rotting it from within. Now Fullarton is in charge of finding new manager. God Help us. If we go down to National League we will sink into oblivion. Lots of teams down there with much bigger budgets than us. We don’t expect much as Walsall fans. All we want is pride in the shirt. Only Liam Kinsella and one or 2 others have my respect. We have 2 young midfielders Sam Perry and Alfie Bates who showed massive potential but have now been frozen out and gone backwards. Kinsella (son of Mark) will never be the best player in the world, but he leaves everything on the pitch every single match. Walsall through and through.

Please let me know if you want clarification about anything or want to be put in touch with ISSA. Walsall till I die but it’s getting harder and harder to support the club I love when the Board treat us as the enemy. UTS and thank you for focusing on our plight

For the first time in years we have a reporter who says it like it is.

Have a word with him. 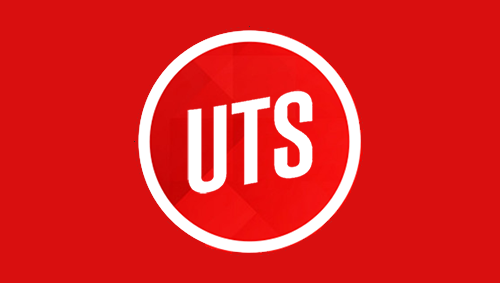 have a look at http://upthesaddlers.com o

That’s what i sent him. hope many others send him their views