nie eventually walked out of the training ground, thumbed a lift on the back of a passing coal lorry and headed off down Queen’s Drive still swigging from the milk bottle full of whisky!”

“Bernie was a great lad,” he smiled. “He often got himself into some kinds of bother, but he mucked in with the lads and enjoyed a laugh.

“He shouldn’t have done some of the things that he carried out back then, but he was a naive young lad and I think if he had his time again, maybe he would have been a bit different, especially so early on in his Everton career.

“A lot of people said that Bernie didn’t have any skill but one day Bernie was shouting his mouth off about how good he was, so Alan Whittle challenged him to a skills test.

“The challenge was that Bernie had to run two-and-a-half lengths of the pitch with the ball in the air, juggling it so that it didn’t touch the ground.

“He had three chances to complete the task – which if you think about having to turn round with the ball after you’d completed one length, wasn’t as straightforward as it sounds.

![](https://i2-prod.liverpoolecho.co.uk/incoming/article3267200.ece/ALTERNATES/s615b/evert“Bernie did it, second go! It went down really well with the lads because a few players thought he would be able to do it and had fivers riding on him, which was a lot of money in those days.

“All the lads were on the bank of the training pitch clapping and roaring. I’ve never seen Alan so quiet, though!”

…and Bernie sorted out Terry Yorath.
What’s not to like about him.

.Tell the wuss. if he don’t show up down bescot , then I’l erm … then Chunkster will come round and sort him out.

I haven’t got a clue what’s going on here

kevlar put that reply on here and i dont want it , its pis~~d me right off

It is not something that will help in trying to persuade your dad to show up at a meeting he deserves better than that
Would it be possible for mods to remove certain posts that are not appropriate, so that @cwright75 has something worth showing to Bernie to get him to change his mind and come to meet the adoring fans that still think fondly of him?

Where has this originated from?

The complete thing is on the George Andrews interview thread.
Perhaps should be removed.

What on Earth is going on here

@cwright75 started a thread that he wanted to show to Bernie, by way of showing how loved and highly thought of he was by Saddlers, so that it would persuade him to come to a night out, some funny stories and fans reasons for wanting to meet him again, but he wasn’t very pleased with @kevlar post, so changed the title of the thread and wanted it removed, as he didn’t think it was something his dad would want to read and certainly wouldn’t persuade him to show up to meet fans.
I think?

yes im trying to pass a few bit to dad , and work him over , cant when idiots put that up , the thread was for little messages , memeores and funny things then i can try him down for a meet and greet few drinks , im not sure looking at that is gonna be in my favour

do you know what - i give up x

Dont think kevlar meant any disrespect mate, just one of the sort of stories that players often tell. We all loved Bernie.

it was not the right thing , and its a story no prob , then ive got a load of pic of liverpool modern players , and other modern players , this is why dad dont watch football or bother with interviews , these pics to dad are blokes thats roll on the floor the minute there tackled , i just didn`t think it fitted in with what i was goona show him

I apologise if I offended you.

Rest assured . your father was one of my all time favourite players. A true Saddlers legend, I was once proud to have played him at darts in the old saddlers club.

If it was the last bit that offended you …it was intended a a joke. in deference to Bernie’s undoubted fitness.

If it was the remainder, then that was taken from the Liverpool echo and is freely available on the net. 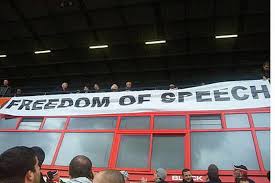 Reminds of the good old days when I’d down Gin and tonics come on here and get moderated.