Have we ever started a season with so many injuries???

This is just stupid , and 4 of those were signed just before they got injured! We are going to really struggle this season, Atleast for the first few months!

Sorts out the January transfer window though - all come back into the squad around Christmas and we don’t need to sign anyone else.

Who’s out for how long though?

Riley has come back all clear and is back for Saturday

White is fine too after going off with a dead leg

Gordon is out until Christmas @TheRedPrince

Gordon is out until Christmas

Has he been dropped until Christmas then?

Someone is so regretting their comments right now…

Earing said at leamington would be fit shortly and seemed to be walking and jogging around at telford OK so hopefully shouldn’t be long on him either.
Riley due back for start of season as well

How far down the table will we be by then though?

Glass half empty Sid - you should be asking how far UP the table will we be!

Hopefully high enough to drop him?

So Earing out for a bit longer than first thought. The latest news on Riley is that he should be back for the start of the season if not for Solihull tomorrow.

But that still leaves the squad down 5 players - 4 of whom you’d expect to be regular starters. Add to that Perry, Menayese, Kiernan and Foulkes out on loan, plus the transfer out of Rodney, Osadebe not signing the offered contract, and Holden not even being offered one - is what we have left to pick a team from good enough to hold the fort until the injured players are back (presuming that they retain the same form they had before they got crocked)?

Look on the bright side Andy…

I know it’s a bit of a flip on my reply to you (being an old grumpy pants!

) but the available squad is now 3-4 lighter than it was when you posted.

Although it still says 2020/21 and has last season’s team photo, all the current squad are now listed on the OS - https://www.saddlers.co.uk/teams/first-team/. BTW When were the squad numbers announced?

Anyway, taking out the injured and loaned out, we have a squad of 19 or 20 (depending on the true extent of Riley’s injury). 5 of those are ex-academy youngsters with little or no first team experience, 3 are loanees who, despite being on season-long arrangements, could potentially be recalled (or transferred to another club) at any time - and none of whom has all that much more first team experience than our own kids, and 2 have age related question marks over whether they can be relied upon to play every game. Take out the reserve keeper as we can only play with 1, and our realistic starting XI options aren’t exactly plentiful, and we wouldn’t have a bench full of game changers either (any new knocks or suspensions and we’d be lucky to be able to name a full bench anyway).

So the question remains - are the ones we do have to select from until the injured come back good enough to make a fist of L2?

New physio is called Ellie according to MF. 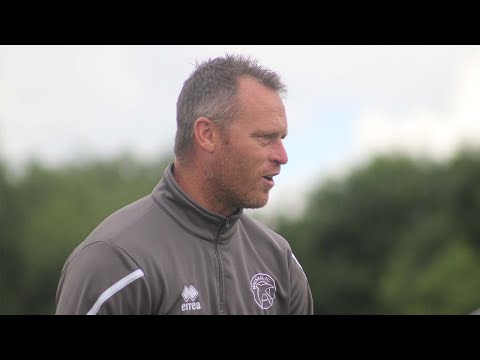 This is getting daft now Flynn seemed a bit pissed off in that interview to me he’s usually more upbeat than that mind you Darrell Clarke looked like a Zombie towards the end of his time here.

I’ve been wondering if there’s any correlation with not having a physio for a while and the recent injuries Earring and Riley have picked up. We certainly haven’t had much luck with so many 1st teamers out.
If we have any more injuries the club will have to display a Red Cross sign outside the ground.