From tonight’s post match interview, it would appear that BD isn’t confident of the gig for next season.

On that basis, who do you think should be the next one to be sacked?

I don’t know why , something tells me Funkie may suggest Mole and Gamble.

It is actually meant to be a slightly serious thread albeit tongue in cheek.

I am struggling . With the DOF in place, the role is unlikely to attract anyone of note. It’s a head coach of a div 4 team, answering to a bloke that makes most of the important decisions that a traditional manager would make.

Maybe that would appeal to some former managers. No more contracts, no more agents ■■■■■■■ you around, no more 200 mile trips scouting a player who ends up not playing…

Do you think we could attract him? A reputation for playing decent football

From his Wikipedia page:

McGreal has a reputation for playing “attacking, free-flowing” football with a “fluid 4–2–3–1 system”.[69][70] He is able to work alongside a director of football or head of recruitment and work with and develop a young squad.[70]

Must have written that himself, if he fancies the job!

I think he ticks all the boxes for us. Equally he has never managed above League Two level and doesn’t have a promotion on his CV, which might put off clubs from higher up taking a punt on him. He should definitely be on our radar.

Yeah, John McGreal is my choice too. Seems to fit the bill. Just read an interview of his he did in December about being ready for a new challenge after a bit of a break and had been offered League Two jobs but they weren’t right.
Talks about how he helped the youth come through too, another big tick for us. 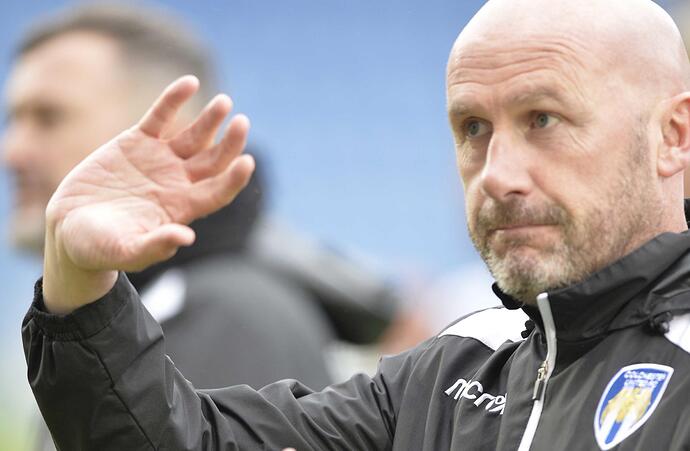 John McGreal looking to return to football after ‘encouraging’ talks

Pretty much everyone can go

I can’t really see the word “out” without wanting to put the word “Barnwell” in front of it. If we’re having a vote, he’s my choice.

Normally football’s director is first, head coaches are second. And if the club has a good structure, it doesn’t really matter who they are. The main, or maybe the only priority is how they work together, trying to achieve the same goal. And when time comes to replace the head coach, a new one won’t be starting from the letter A again. It should mean less pressure to who is the current head coach, because he will be responsible only for results in matches. Results not good enough? Change. And if after a few seasons the club will be roughly in the same place, time for a new director. Next head coach? Anyone from Ernesto Valverde, through Frank Lampard or Adrian Viveash, to someone, who will be good in mock interviews.

She’s been dead 9 years, and would still do a better job than Dutton

He’s already had his one moment in time.

Whoever it is, they need to keep up Dutton’s work of linking academy and first team, they have to believe the children are our future.

Disgrace how we’ve accepted to decline of the youth system - ‘it’s not right, but it’s okay’.