Is The Momentum With Us?

Posted something on here at the start of the season that, given our position after the first few games, we should end up in the promotion frame - going off previous teams that have been in a similar position after the last few seasons. Then started to think I was going to have to eat my words as we slid down the table.

Going to put my neck on the line here, but I think we’ll end up in the automatics, just something great about this team, and the way they are playing now - just hope we can keep Johnson and Bennett. 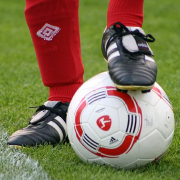 I think you could be right. Injuries could be an issue especially if our back 3 get bad knocks. That is my worry but lets hope we extend this run into the New Year.

Depends on Johnson and Bennett being here beyond January, and how we replace them if they aren’t.

This is Walsall, we have to get through what is normally a nightmare January where those at the top lose all sense of rationale decision making ability! I’m not counting my chickens just yet

As good as Bennett is, I think we could survive without him, especially as we have Riley due back. Johnson would depend on Wilkinson being the player he was, or Knowles taking his game to the next level.

Back 3 are immense, but we do have McEntee waiting in the wings, and CBs are easier to come by than goalscorers in a pinch.

Really do think we need a 'keeper to push Evans though. Lad is a good shot stopper, and his kicking is immense, but said all along his positioning and confidence for high balls/crosses is terrifying at times.

This is the crux isn’t it?

Hopefully Trivela break the pattern of the last 10-15 years and we get stronger in January - and not amputating our season.

could survive without him

I’m not saying he or Johnson are irreplicable, but there is an understanding and balance that has developed through this recent run of good form, and they are both an important part of that.

I think Flynn said post-match that we’re benefiting from getting players fit and then getting them familiar with the system/style, which takes time. That will be the same with Riley/Wilkinson/Labadie/McEntee and any new recruits, so there’s a possibility that the ‘bedding in’ period might affect the excellent momentum referred to in the title.

It should be the aim. Still so many points to play for.

As well as Johnson and Bennett, there are a few other players we couldn’t afford to lose to injury for any amount of time. Hutchinson is a key player for us in terms of creativity and the difference since Gordon has been playing left back is significant.

Looking good at the moment but you never know what is around the corner in football. Certainly more reason to be optimistic than we have had for a long time.

Exactly this. Since the two window system came in I can’t remember us emerging from January stronger than when we went into it.

Bennett will go back. Has ages on his contract and Cambridge are fighting a relegation battle. I’d be amazed if he were still here in February. So to not regress we need a solution in that right berth.

Then Johnson. Completely different circumstances. I’d say a £150k transfer payment and 2 and a half or 3 years on £5k a week. That’s a round £900k all in. We’d normally need to budget say £2500 a week for a centre forward so the “extra” bunce we need to find is around £500k. The FA Cup has probably covered the transfer fee so that leaves the wages of around £350k on top of what we’d normally budget. Big money but in the modern game not humongous. Will be interesting to see how it plays out.

I really hope we’ve aggressive. Ask Mansfield for clarification, assess the chance of him leaving, made a decision on our options and have targets engaged before January. If we’re losing Johnson we need a player in at the start of the window, not the end.

Why are so many people looking forward to the return of Labadie? Have they forgotten that he was easily our WORST player, last season? Let’s get him fit and shipped out on loan (if some mug will take him) to run down his contract which ends this summer.

Could be finished anyway, but could also get a tune out of him if not - don’t forget there is a good player in there somewhere.

Yep agree with this. Something wasn’t right under MT with him.

Let’s hope Flynn can get the best out of him.

I am surprised that an intelligent poster like yourself with a very good knowledge of football thinks Labadie was our worst player last season.

I have in the past saw posts from you picking up on posters for hyperbole statements. I think this is the case here.

He came with a good reputation and it is fair to say he never came close to showing that for us. He also came with a reputation for being a liability in terms of discipline. Most fans knew this before he arrived. I don’t think you can judge any player based on most of last season where our only real tactic was to smash it up the pitch for Miller to chase.

We are all eagerly awaiting Wilkinson returning, let’s not forget he spent a fair amount of last season with his bottom lip almost hitting the floor, looking like he would rather be anywhere else. We all know he is a huge talent but it took a change of manager to truly release him as he clearly wasn’t happy. Who knows if under Flynn in a proper system Labadie could have a new burst of life.

I’m also not against us doing what you say and offloading him. That one is the manager’s call to get right.

I know they have been praised a lot recently but we must have the best defence in the league, and I don’t even mean the brick wall element, will anyone ever beat manny monthe? I think I’m in love with the way we have two wing backs who are so far forward they are at the back post looking for tap ins but I also can’t remember a time we had CBs who can dominate strikers, collect the ball and make scary runs through the midfield to assist attacking plays. The DJ deal has to be done, otherwise why would he play in the FA Cup? Not confident Bennett will stay but with our form and the fact Cambridge could be league 2 team next year stranger things have happened

I heard acouple of month’s ago from someone within the club (no longer in his post) that once he is fit he will be shown the door.

Bloke was a liability for us last season.

As good as Bennett is, I think we could survive without him, especially as we have Riley due back.

You may well be right RedPrince and I hope, if we lose Bennett and Riley is his replacement, he will prove to be the player we all want him to be.

However, I think we are underestimating the contribution Bennett is making to the overall performance. We have waited too long to have two wingbacks who have the energy and pace to get up and down the pitch for 90 minutes and together with Gordon, they definately give us better balance and increased threat in the final third.

Bennett isn’t the finished article by any means, but he gives us so much energy and power on that right side. No opposition left sided player is going to have an easy ride.

If you add to that the improvement in White and how much they appear to compliment each other, how much of that is down to Bennett? I don’t know and I’m not looking forward to finding out if and when Bennett goes.

Lastly, with regards to Riley, I never get too excited about the return of players who are out long term. Most are much vaunted whilst on the treatment table (Holden for example) but how much of an impact will he really have or more to the point, how long will he need to replace what Bennett currently does?

My money is on Bennett being recalled and you’re right, we will survive but, if it does happen its critical to our success that we replace that energy, pace and power.