Is this the answer to the freehold? 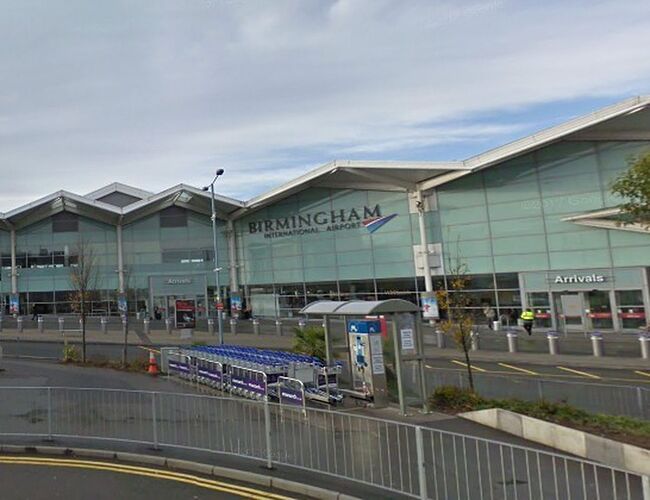 Walsall Council has confirmed it will give Birmingham Airport an emergency loan of almost £5 million.

Interesting that Walsall Council have money to loan to Birmingham Airport.
Why don’t the club approach the Council on the same commercial basis?

The rent payments are already set up in the clubs expenditure each month/year to repay the loan over x number of years.
It’s a win win, the Council get a return on their money for the benefit of the borough and the club gets the freehold back, so we can finally wash our hands of boner.

Worth asking at the next WPM in March?

The sticking point I suppose is whether the freehold is actually up for sale or not.

On a side point, I think the council still own a percentage of Birmingham airport, which may explain why they’re prepared to fund it.

Freehold was off the table because Bonser had ■■■■■■ the council off in the past.

Thanks for that. Wouldn’t make sense otherwise. I’m surprised the council have a pot to ■■■■ in at the minute.

Did they invest because they thought that it where the Venue? was situated?

Mike Bird will never as long as he is Leader lend money to the football club. I know that because he told me .His principal reason being that whilst the Council is strapped for cash the council tax payers would not approve of such a deal. He is probably right .As for the Airport it was originally owned by the 7 metropolitan districts in the West Midlands.I remember it being sold but perhaps the Council retained an interest of some sort. In any event it is regarded as a Regional asset and presumably all the local councils are helping to support it during this difficult time. I think that is right.

We approached the council two years ago, They won’t have a bar of it, Bonser riled them previously and as exile. Has correctly said. It’s a non starter
I enquired if. They would loan the club the money using there ability to borrow at low rates again the answer was a flat no,
They have no interest in. Owning the freehold. Whatsoever, and thanks to our saviours past dealings with them. Won’t loan the cash either

They where already the providers of 250 k to the club. Years back. Ref the ransom strip at fellows park , And rightly. Believe freehold should have been purchased with that cash at the time it was provided,

They have no interest in. Owning the freehold. Whatsoever, and thanks to our saviours past dealings with them. Won’t loan the cash either

But he has gone now

so why not look at it again?
Or do they know(or think) something to the contrary?

The Club are NEVER going to own the freehold within the next 5 years, so we may aswell just stop going on about it, it is what it is. We have to live with it.

We have to live with it.

Depends how you look and feel about at it

As for the Airport it was originally owned by the 7 metropolitan districts in the West Midlands.I remember it being sold but perhaps the Council retained an interest of some sort.

The airport is 49% owned by the 7 metro districts; 48.25%, the Ontario Teachers’ Pension Plan and the remaining 2.75% by the employees. So Walsall MBC still has a stake to protect.

When. It was raised. Two years back. Mate you could sense. There is a real bad feeling. Towards the club. Or should I say the owner at the time

A lot of it goes back to how he and others still associated with the club conducted themselves, Whilst demanding the return of 500 k reference the ransom strip. At fellows park

Council returned 250 k to club with the other
250. being returned to central government
Freehold could And should have been brought at this point, But it didn’t fit in with a certain someone’s bigger plan

Osama Bin Laden could own the freehold for all I care.
I’m just happy we have a Walsall FC to support.

I’ve never cared about who own the ground.

Yes, it would be ideal if we did own it, but we don’t so there it is

Bloody hell @Fish that is quite detailed

The Internetthingy is my friend!

Well fair play everyone to their own

Yes, Walsall council who, only a few years ago invested tax payers money in buying the Saddlers centre ! What a great idea that was. Most of it, is now shut down, with the death knoll for the town centre being sped up by all of the out of town retail parks they have allowed to be built.
Brilliant commercial team

Knock the Saddlers Centre down and build a football stadium. Be even closer to a station than Bescot is!

Mike Bird is useless his whole approach to the covid problem tells me that all he has done is sit there and wait for the government to tell him when to jump rising cases in Walsall nothing done while Sandwell Dudley and Wolverhampton signed up for rapid testing and take matters into there own hands he did nothing apart from blame it on the public not using hand sanitizer in shops etc.Moron