Issa tie up with evolve

It gives us great pleasure to anounce that in conjunction with. Evolve and spall . We will be launching our own. Range of leisurewear. With a Walsall FC theme

Moving forwards al, our. Leisurewear will be manufactured by spall and will carry the evolve bránding within the neck area, It will also feature. The branding 1888. Either in the artwork. Or as in a tab on the garment Dependent on design

Everything will be manufactured. By a British based company and to a very high quality. , and I’m sure those of you who have purchased the recent Highgate tops will vouch for. The quality spall are renowned for

Exciting times and we look forward to working alongside. Wayne and Clare Thomas. Who own the evolve brand. And continue to expand the excellent relationship we have forged with both. Evolve and spall

We hope that through our sales. That being a non for proffit organisation that the following will happen, And that is that fans will be offered another option, But. Walsall football club and local grass roots football and community projects can be helped with any surplus funds generated , our end goal will always remain the same. And that is to. Have Walsall football club and its fanbase. First and foremost in its thought process. And we are confident this new venture will enable us to deliver on both fronts.

Below is a sneak preview of some of the items we have lined up and they will be released. On a pre order basis very soon all available in a choice of colours and sizes 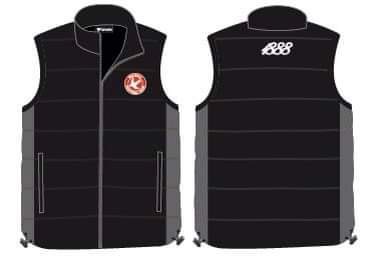 Surprised the club would not want to sell some of this stuff you are producing mate especially the retro items.

Because we donate to club mate it’s a win win for them.

What percentage of the profits goes to the club or is it all?

There is no set percentage. We help club at any given time. Dependent on surplus. Funds held, and same goes for how we distribute funds at grass roots level and within the community

Walsall football. Club. Are very happy with that situation, And are extremely appreciative of our efforts. But to give you a. Rough guide the club has received. In excess of. 8k. This year alone,

That is just the football club, many others at grsss roots football level and. Community projects. And disabled children in the bourough have also received. Donations, and we have also supported. Our most elderly and vulnerable. Within the community via donations to outreach

You may also be aware we donated 5k. To feed the nhs staff at various sites within the bourough of Walsall when pandemic was at its height ,

We are also in the process of. Looking at providing club with a three year contract lease minibus which will cost in excess of 15 k. This will be of enormous benefit to the club especially our youth team set up , club are fully aware of our plans and again. Extremely grateful , Everything we do is to benefit. Walsall fc and it’s fan base first and foremost , and this will always be our operating philosophy and with the added bonus of being fully active in the community. Everyone benefits from our activities

Hope the above gives you an indication. Of where any surplus funding we have Is directed to

From what I see from the feedback, it looks like ISSA leisurewear/retro stuff is superior to what the club offers. Isn’t there a danger of the club losing revenue through these sales?

I see a donation will be made but what if that donation falls short of the lost revenue caused by fans buying ISSA stuff rather than club stuff?

Seems like the club are happy to outsource most of the merchandising rather than properly resource it themselves. I assume they have done the numbers, but I’m surprised that merchandise wouldn’t be considered a core activity by the club.

I don’t think club will loose revenue. Because of Issa. Sales mate they can only benefit from them

Being non for profit we can deliver a premium product. At a lower price than possibly club can,
We also liaise with club to avoid potential. Replication of merchandise,

The way we. Do things mean. Club do not have the hassle of designing , putting with a supplier stocking and selling. All of which eat into profit margin. With us they can just sit back and take our donations. Money for nothing essentially, With fans having another option via us. selling. Different products. And our stuff is normally retro, Something the club have never really catered for anyhow. And if it’s not available. From club. They can’t loose out on items they don’t stock. As said before club are more than happy with what Issa do. And to generate 8 k profit which they have been given in donations. the initial outlay to club. Would have been much higher to get. That return and in today’s climate donations of that size. Aren’t to be sniffed at, I think it is a very much win win situation for both club and fans.

Cheers for the response.

Wouldn’t it be even more beneficial to all parties if ISSA took over all the merchandising for the club including the shop and online , as already said your merchandise seems more popular than the official club offerings.
The work and fund raising you have done and continue to do appear fantastic especially as it seems ISSA have more of a connection with the fans regarding what they actually want the excellent retro shirts for example . It would also give the club a little more input into what is being offered "the no surrender " issue could have been avoided surely if it were on a official basis it could only benefit the club and ISSA by giving you a bigger platform for your excellent work .

We will always work closely with club mate ref merchandise. , to avoid any possible replication of items, As you say. The shirts are of excellent quality, and this has led to them being sold in large numbers. , we have a great relationship with club and Alex the new commercial and retail guy

We had a very productive meeting with him. A few weeks back and he fully understands what we are all about

We try to bring a different. Twist to our items as to not cause a clash with items available in club shop, we also use a premium supplier. So. With no disrespect to club. There is. A difference in quality. Which appeals to fans, Yet ours is often cheaper. Due to not having the overheads club does

We also canvas fans opinions. Beforehand. We also did this with poppy badge with not one negative response until it was produced And if I’m honest we could have sold many more as it proved extremely popular, But we also accept it can be viewed. As inappropriate by those with. A view to make it so.

We as we have stated make donations to club from all our activities not just merchandise sales. And this will always continue, But. If club ever wanted to. We would have no problem designing a range of merchandise. Alongside club, That would appeal to fans. , we have some very nice items lined up amongst our Christmas stock which is due to be launched. Soon. , but I can reveal that the original deeleys, castings shirt will be part of it. Alongside as said some very nice. Items , with the re launch of a very popular image that will hit a chord with saddler fans of a certain age