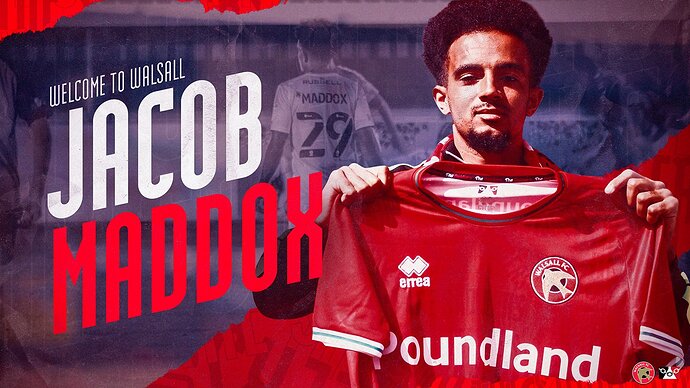 Attacking Midfielder on a One Year Deal

Anyone know if his any good? Does he play winger as we don’t really need another number 10 unless he is Flynn replacement with hutch Maher and knowles

Sounds like he is another Holden, but only from the injury side of things!!!

Only played 19 games in the last few years, roll of the dice.

Sounds not too bad tbh

I didn’t say he does sound terrible. I said it’s the bottom of the barrel. Could be class, hope he is, don’t think there’s much to go on besides a pretty poor league record to date.

Don’t think there’s any doubt this is bottom of the barrel though considering we missed out on target X apparently transfer deadline day. Hopefully this lad was option Y!

I guess you can’t be absolutely crap and have a 4 Yr contract in the Portugal top flight. He must have some talent

of which he lasted one season and played a sum total of 6 games.

Reminds me of a Billy Clifford type signing, must have had some potential but hope it turns out better. Wish the lad well and hope he finds a home here to get his career back on track.

Noted . But my point remains. U must have something about you to get a contract in the Portugal top flight with a club that averages 20k plus in the league

Possibly the most pointless signing of the lot.

Another 20-23 year old attacking midfielder to add to :-

All to play in a team that doesn’t even play a 11/10/7 attacking trio and only plays one attacking midfielder!!

Hope the kid proves. Me wrong. As it’s not. His fault. That by Flyn, s own admission. He went down as far as.
Letter X. on his target list. And also the fact no one else. Was knocking on his door with a contract

Makes you wonder. How far down page two he was
Before he was suddenly deemed suitable

I do not know what people expected after the deadline had gone. This guy obviously has talent and has suffered a few setbacks. Scraping the barrel would to sign some has-been - we have the possibility of something good.

I don’t think we have a major problem with the quality of players but we do have a, I hope temporary, problem with quantity. On Saturday, I think every fit player was either playing or on the bench. What does surprise me is that we are not getting cover at the back.

Unusual career path so far but would think he must have a bit about him to have been on Chelsea’s books, be in an England u19s Euros winning squad (with the likes of Ramsdale, James, Mount) to playing in the Portugese top division less than 2 years ago, admittedly playing only a handful of games there.

He’ll be 24 in a couple of months so its probably a case of now or never.

Hope it works out for him and us.

I do not know what people expected after the deadline had gone.

Probably to get our business done before that point to be honest.

There’s more than one way to scrape the barrel.

You could say that about a lot of young premier league talent that have come here and been absolutely shite.

He was an England international up to under 19. One of the many players who were brilliant when they were under 18, but for some reason do not go on to make it.

I always think we have more hope of success with players who were nothing special when they were young, but are working their way up the football leagues when we sign them.