January - what do we need?

I think our midfield is the priority area that we need to strengthen. Need a some height/strength/steel in CM and two pacey direct / wingers as a priority.

Upfront we must move Gaffney on and sign a quality finisher (possibly from non-league) and a good youth prospect on loan from Villa/WBA etc.

This will help provide us some balance when attacking. Far too often this season it’s been easy for opposition to stop McDonald and completely nullify our attacking threat.

We need someone who Clarke is comfortable pairing Alfie Bates alongside to ensure he continues his development, and we are desperately lacking height pretty much all across the team.

If I was Clarke I’d also be looking at an alternative number 10, as he clearly doesn’t feel Hardy is ready for a sustained run in the first team.

Oh, and get McDonald on an 18 month deal.

Apart from that I wouldn’t want to see us gamble and end up with another disastrous January transfer window.

Send Gaffney back and bring in another striker.

hearing john akinde danny rose and possibly nicky maynard may all be available on loan in january too much to ask that we could get one of the 3?

That sounds about right , definitely need to strengthen midfield it’s very weak physically , and one paced , agree with a high scoring lower level striker couldn’t be any less of a goalscoring threat than Gaffney .

Will Buckley’s contract up in January at Bolton. Useful winger in his day and still only 30. Not popular with the fans so will fit in nicely. 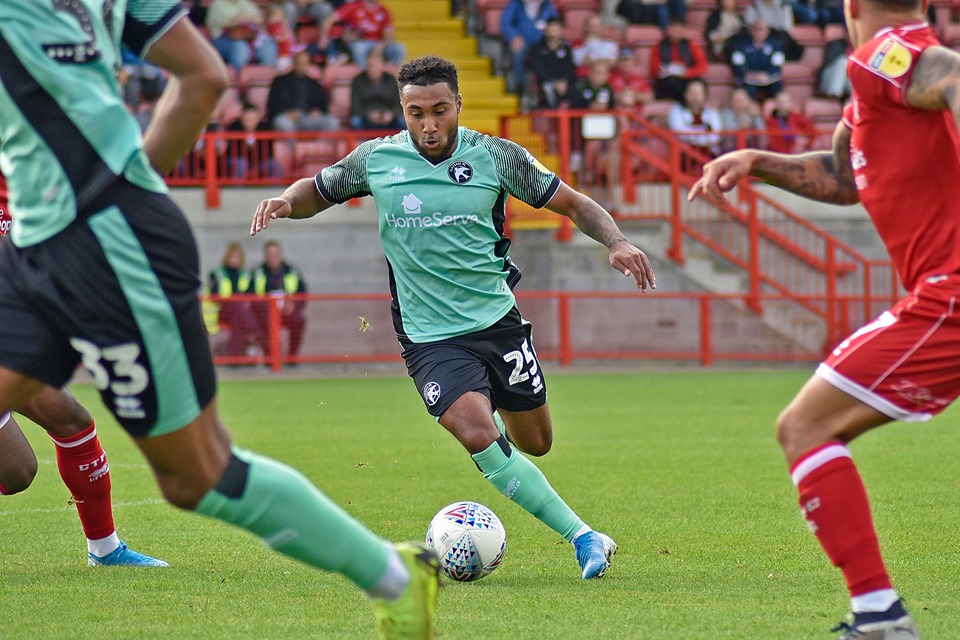 Next up on the review of the team is the Midfield, another very difficult one, and one that took more time than I expected. Stuart Sinclair - First up, wherever you are, take a few seconds to just thi

Interesting look at the midfield situation at present and what’s needed.

Assuming Wes signs I’d only be looking for an equivalent on the other flank. Other than that, I’d save the cash until the summer. In the meantime Clarke can work on himself, how he wants to play and the type of players that he needs to fit that way then go into the summer really clear.

The last few seasons has seen far too much pebble dashing. Let’s work a plan with us lot being kept informed and patient.

Send Gaffney back. Then he will move on to the pub league. A striker is a absolute must. If not then still a striker and a new manager. Anyone can see what is needed.

Prolific finisher (as good, as budget allow), two players to strengthen midfield line, maybe one winger, due since previous window. And check, which loans can be cancelled. Really, for +20 games there is no need to play someone from other clubs. 11 points till playoff places, that’s probably too much.

I’d sign Wes up, send Gaffney and Holden back and do nothing else, apart from maybe sign that non league lad if a deal is possible.

I’d use the season to develop the young 'uns, give plenty of game time to Bates, Facey, Cuckold-Mallett, Scarr, Jules, Hardy, Adebayo, that lad who was on the bench the other day, anyone else we have who is sort of ready.

I would tell Clarke to use the squad he signed in the summer. I don’t think we will go up, and I don’t think it would be good or sustainable if we did. We won’t go down, so I’d use the games to look to the future, and also to see what DC is really made of.

I expect I’m in a minority with my view, but we signed plenty in the summer, if Clarke thought they were good enough then, he can use them now.

Centre mids who can pick a through ball, box to box, win tackles, more of a physical presence, compete and have the energy to support the attack. Think we also need another wide player with pace, an extended contract for Wes and a Centre Forward who can take and create chances. Already plenty of options in defence.

"Three of four, not wholesale changes. The group is a tight-knit group, the spirit in the camp is very, very good.”

That’s DC’s latest comments in an interview on the official site about the January window.

Like others I would not do too much…a right winger and a big lad up front are my priorities . Other than that use the rest of the season to bring on our own players. If the current loanees can go then only Pring is worth keeping.

I’d agree about Pring, I’ve liked what I’ve seen of him, but if he isn’t permanent I’d rather the opportunities were given to Jules and Cuckold-Mallett and see what they can do.

akinde interesting salford so thats a no go and maynard being linked with plymouth.