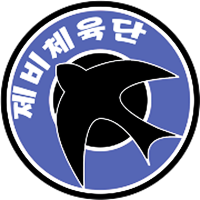 Jebi Sports Club is a North Korean football club, affiliated with the Korean People's Air Force. Jebi means swallow in Korean. They play in the DPR Korea Premier Football League. The Jebi women's football team plays in the DPR Korea Women's League, since earning promotion from Division 2 at the end of 2014.

Do they own their own ground?

Saw that a while back.

Sure there was a joke was about one team being run by a power hungry, heartless dictator and the other being a team from North Korea (or something like that).

That is some serious sliding doors ■■■■ going on there

Has been about a while - see the Copyright Infringement thread started by @simon back in March.

Perhaps you ought to rename this thread Return of the Jebi?