Joe is moving on to pastures new. He will be a real loss from a fans point of view. Can only praise the work he’s done and hope the E&S replaces him with someone cut from the same cloth

Shame been the best we’ve had for years

Express & Star , pale shadow of the paper it used to be.

I suppose these days decent reporters are like good players. They’re bound to move on up from our level at some point.

That’s Joe Masi and Joe Edwards gone since the Summer, both out of the newspaper business altogether. I wonder how much longer it will be viable to pay a full time employee to cover a club at our level.

Yep, anyone any good, with ambition is going to move on

Real shame, didn’t have any issues calling the players/manager/club to account.

Really liked him.
Would rather have him as our club reporter than who we have now!
Sound guy and not afraid to say it as it is
Big loss this

I agree . I think he may be the last of his sort. He did a good job. Best wishes for the future Joe if you read this.

I’m sure we’ll be fine let’s not forget we do have our current bloke to ask the same questions every week.In all fairness we don’t know if they are doctored questions that don’t put the manager in any uncomfortable positions.

we don’t know if they are doctored questions that don’t put the manager in any uncomfortable positions.

It’s a completely different job. He’s not a journalist, he’s employed by the club to generate positive PR for the club. Putting the manager in an uncomfortable position is not part of that and would not be tolerated at any club. I wouldn’t imagine Flynn would take well to being publicly put on the spot by a junior employee.

Joe’s not employed by the club and can ask anything he likes within reason, but he still has to maintain good relations with the club, as every journo does.

Joe Masi and Joe Edwards have both now moved into club PR rather than journalism, Joe Masi at Shrewsbury Town and Joe Edwards at Monmore Green. They won’t be writing critical stories in their new jobs!

Ironically I always felt that for much of the time the reporter in between was just parroting the club’s PR, rather than doing the journalism job.

I’m pleased to see that the Express & Star are advertising for a replacement for Joe, without someone doing his job nobody gets to ask the difficult questions.

Been very good all the best to him

We get through as many journos as we do managers!

I wish they would replace him with Dennis Pennis

In that case, I’d like to put my name forward for the role.

Joe did a good job as a Walsall reporter for E&S, I wish him well.

I liked Joe Edwards, Masi comes a close second. Wasnt keen on the kid inbetween though. Came accross as a bit of a tosser and wasnt very good. 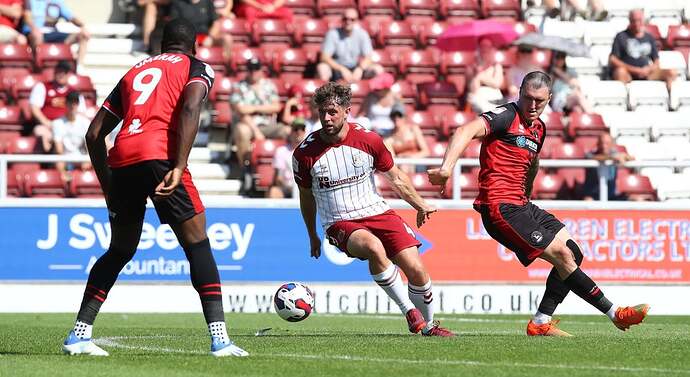 Paul Hartley was sacked on Sunday with Hartlepool failing to win any of their opening nine League Two games.

Some probably aren’t worth preserving. This is just multi-page clickbait from a single page of odds. No analysis , no comment, no more information than if you’d accessed the odds directly.

I’d like to put my name forward for the role

Between you and @el_nombre I reckon