Joe Riley signs for The Saddlers

I wonder if there’s any more to be announced today

Good signing. Might be the one they’ve had an issue announcing, with Paul Simpson complaining about tapping up.

Happy with this. Another one today would be lovely. UTS 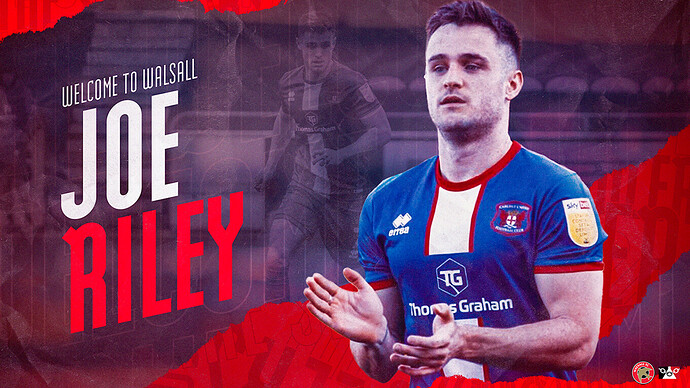 Walsall Football Club are delighted to announce the signing of Joe Riley on a two-year contract.

So is that the 4 we were told?
I’m happy with the first 4, good signings for the division. I don’t see any in the 4 that could be seen “to make a real difference” though 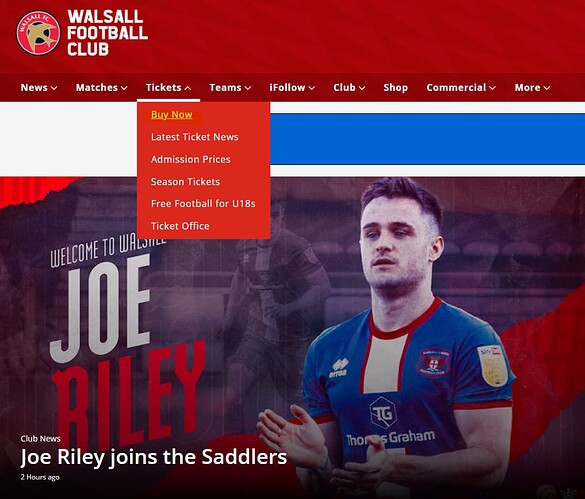 Tidy little signing, happy with that

Yes, I’m happy with this one, too.

Can’t say I know too much about him but based on the feedback I’m seeing from Carlisle fans, it looks like we have a good player.

Can anyone clarify whether we’ll have signed him as a wing back or midfielder as I can see that he plays both?

Nor me. They are solid and that’s about it. And as is the usual pattern the defensive ranks fill up first with the hierarchy at the club probably having nosebleeds at the cost of signing decent strikers. Hope we break this pattern quickly

I think that’s the defence sorted for now 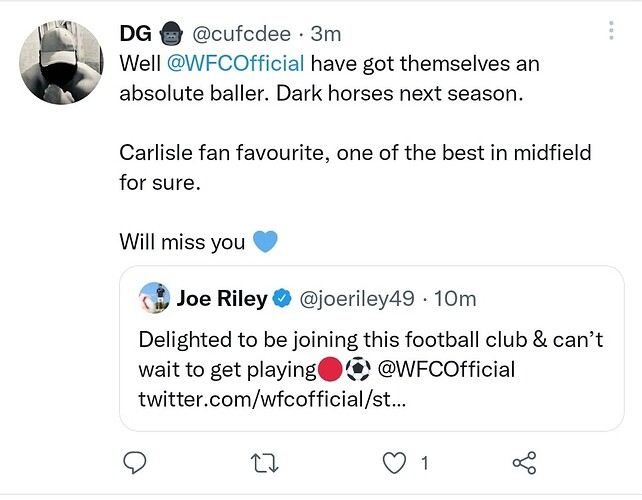 I think that’s the defence sorted for now

We still need another left back but, yeah, there are positions which are now more pressing. GK, ST, wingers (if we are playing with any).

Made his first start for Man Utd in Rashford’s debut game too - according to Wiki.

He’s crap. No thanks.

Announce a position we need

We were playing an attacking midfielder there last season. Plenty of midfielders play wing back.