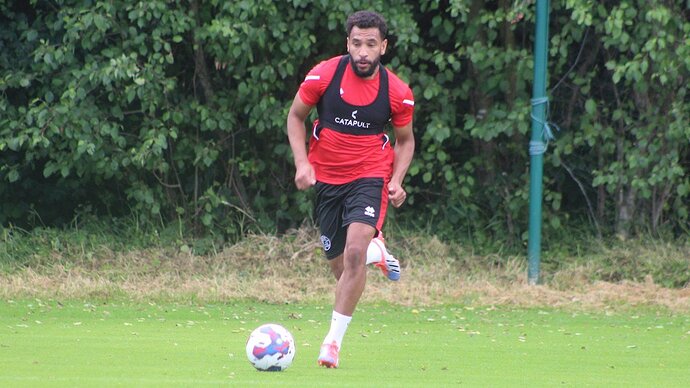 Shame, very decent L2 player. Better, more effective than a lot give him credit for but clearly he doesn’t fit into Flynn’s system.

He had a good football brain and a good heart. If we need to shed his probably low wages, I wonder on the financial reality of our takeover

Seems a really nice guy. I hope he succeeds wherever he ends up.

Good luck to him. Might not be a standout L2 performer, but always gave his all and commitment was never questioned.

Also very positive with the work he did with the community regarding mental health.

Great guy but not good enough to move us forward, wish him the best of luck.

Not sure what to make of this tbh

As he was next on the list to “offload,” it frees up funds for newcomers.
Did fantastic work for mental health in this community which speaks volumes about his character.
Great respect, Brendan. I wish you well.

Good luck to him.

All the best to him. I’m putting this one down to not fitting in with the way Flynn wants to play. Thought he did alright last season.

Good luck to him. He was doing good work on and off the pitch, but I suppose not enough to stay in the plans.

instead of danny johnson

I think most of us have the same impression of the lad , a real top guy who cares about people and the community but lacks what we and the manager are looking for as a player in the team .
I hope he won’t be another in a long list of players that have left us and moved on to better things .

Nice guy, and wish him all the luck - not what we need for a promotion push, but a solid mid table L2 player.

Great character to have around the squad. Very average footballer. All the best Kiernan.