I reckon the Wrexham manager will get it

.They get everything fu##ing else.

Flynn out he hasn’t got a clue!

That’s our run ending then

Even if he does, it won’t affect whether MF gets it

Wrexham managers getting a Grammy Scoob come on lad.

, I’ll have to let Scoob know they aye in our league enall … yet that is

I know they aren’t I was taking the piss because they get everything else like FA Cup coverage for example so they might as well be picking up awards from other leagues too. 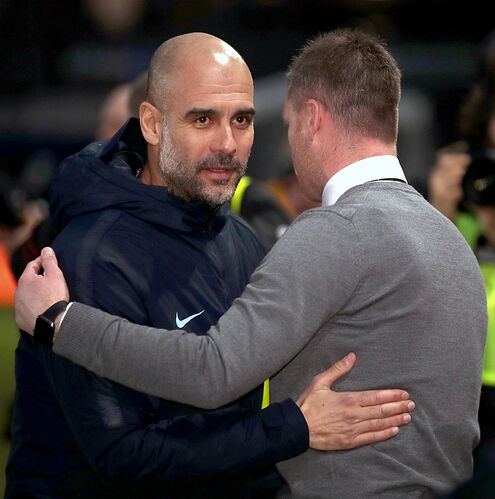 Walsall boss Michael Flynn knows exactly who to turn to if he is in need of a Pep talk or a bit of advice.

Wouldn’t that be nice!!

That Haaland kids shite too.

Speaking of De Bruyne, he should have been booked for simulation when City were (wrongly, imho) awarded a penalty against Fulham. To me, it was a blatant dive - something Tom Daly would have been proud of. Really poor decisions like that made one wonder about possible match fixing, that was the first thought that came into my head. Before everyone laughs, it’s not beyond the realm of possibility with the huge amount of money available in the Premier league these days and the heavy betting involved in the game.
Unfortunately, we live in a very greedy, unscrupulous world where corruption has been rampant at the top (FIFA) for decades.

I’m not really fussed about signing him he’s got no pace to get in behind a league two defence.