Having seen every game so far this season and assuming we have no new players come in, I think I’d be tempted to try a change of formation.
I would go , back 3
Ward
Mayo
White

Wilkinson off the right
Phillips .

I believe Ward is still more mobile than either Taylor or Monthe .
White is pretty solid centrally,and Mayo has looked the best of the new CBs.
Kiernan already spends much of the games covering Ward and Mills looks capable of getting up and down . Labadie and Kinsella should provide a solid base to build from.
It can be seen as defensive but at the moment I think our first priority is to stop losing games .
Just a thought ,

It won’t happen, but I’d like to see the 3-4-3 formation that worked at the end of last season

This formation gives cover at the back and allows us to press, Something Walsall are much worse at than other teams. Hartlepools goals came from pressing us. We hardly ever do the same to the opposition

Away from home, I would favour a strong base and turn defeats into draws.

At home, it has to be Labadie or Kinsella in Midfield (I don’t mind Liam at RB though).

Shade needs to step under because a winger’s job is to provide the ammunition for Wilkinson, Phillips (and Kiernan at the back post).

If you are prepared to run for 90 minutes, 2 wingers can work but away from home, it leaves big gaps, especially for our full backs.

It looks to me like he’s trying to play the same way he did with promising potential Premiership players. The standard at our level makes that difficult, to put it mildly.

Yes this is why the wingbacks are crucial and need to be fit , basically play as wingers when we have possession and defenders when we don’t .

Mills and Kiernan as wingbacks scare me

Anyway it’s just Ideas ,I don’t think MT will change from the current system and style of play not sure we have the quality of players to implement his plan .
Especially his CBs who should be comfortable on the ball but obviously are not , which leads onto the question , what came first MTs intended style of play or Fullertons recruitment , because the two are miles apart .
Worrying.

But Kiernan is basically having to do it anyway .

When we played so-called wing-backs last year, it was awful. It does not have to be, as FGR showed us, but it does require special players at wing-back.

Last year, if we used FBs as WBs, together with two holding midfielders, we often ended up with 7 outfield defenders, leaving only 3 upfront. Unsurprisingly, we rarely scored. Occasionally, we switched to having someone like Tyreik Wright as WB, which was awful as he had no idea how to track back.

If we do end up playing it, White and Ward seem the best prospects for WBs but that limits then creative players we can use.

This formation gives cover at the back and allows us to press, Something Walsall are much worse at than other teams. Hartlepools goals came from pressing us. We hardly ever do the same to the opposition

In the pre-season, Tranmere and Doncaster games I actually thought we were doing high pressing pretty well and getting plenty of ball in the opposition half. Since FGR though we seem to have backed off from doing it as much and are letting the opposition (such as Hartlepool) do it to us.

How about we play the fullarton and Taylor system. No centre forwards or strikers in the team

I said on here during the Doncaster game that our front 3 when click will tear teams apart, the pressing was very good esp 1st half

No Ward doesn’t have the legs , your wingbacks need to be your fittest players , and you haven’t solved he CB issues either

Don’t see how we can gain an identity that we have all craved for so long by chucking the towel in after 4 games and changing it all around. We need patience and faith in Taylor it’s a project in its early stages a couple of additions up top and maybe 1 at the back, plus get Labadie Shades and Holden Fit, we will be fine. .

I agree we should stick with it , just struggling to see the identity put into place with the type of players we’ve brought in , especially the CBs

I admire your blind faith especially with our poor track record over the last 5-6 years of turmoil, however, blind faith was of little or no use to the people who put their trust in the “unsinkable Titanic” back in the day 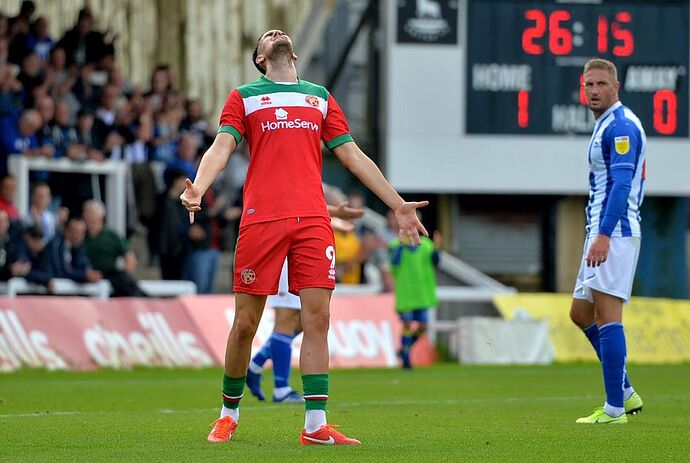 Walsall are without a win after four League Two games, but why is that the case?

Obviously I really hope that it pans out like that , just not sure we have the right personal to implement it .
Which as I’ve already said is worrying now we have a DOF you would like to think there was a planned recruitment policy .
Not seeing it yet .

So what is the solution then, change formation and systems of play that Taylor has been embedding through preseason? Doesn’t that create more turmoil? I think what @Peel85 is saying is give it time rather than demonstrating “blind” faith.

How many games before you yourself would be calling for a change of style and formation I’m with you on not changing anything yet but just wondered me personally I’d say 10-12 games in if this isn’t working make some changes or we will be in trouble if we aren’t already.