I think that’s great that we are still looking to improve the squad to support MF and have a real go this season in achieving a play off position at the minimum but surely I’m not the only one that can see the glaring issue around of the squad that needs addressing is the defence!
MF constantly refers to poor defending and we hardly have options to change personnel due to a poor depth of squad in this position so the competition for places MF wants is clearly not in place - why isn’t defence being prioritized???

I can only think Gordon is not too far away

We’re not done yet apparently.

How do you know ?

On loan from Wimbledon

Derick Osei Yaw (born 10 September 1998) is a French professional footballer who plays as a winger for EFL League Two club AFC Wimbledon. On 30 January 2019, Osei signed for Stade Brestois 29 on a two-year contract, joining from Toulouse FC. He made his professional debut for Brest in a 1–1 Ligue 2 tie with Gazélec Ajaccio on 15 February 2019. On 21 August 2020, Osei Yaw signed with English club Oxford United on a two-year contract. He made his debut for the club on 5 September as a late subs...

I didn’t know he could play tennis!! He’s probably pretty good - I bet he doesn’t put the ball in the net very often!!

God knows where he is now, and he can stay well away from us, but Wimbledon released him at the end of last season.

The issue is centre back, so the return of Gordon doesn’t provide competition for centre back.
Bennett is clearly a more complete wing back or full back compared to White and if we’re playing 3 centre backs we are quite exposed to any other injuries yet we have an abundance of midfielders - it just does t make sense to me

McEntee will be back in around a month, we should be ok until then.

Any supporter that states they are excited by the signings of Cashman, Bakuna and Maddox are telling porkies.

If they are development players then maybe don’t announce them with the same art and platitudes given to ‘big’ (beleive me I use that word with tongue firmly in cheek) signings.

Was in Melton the other day and popped in 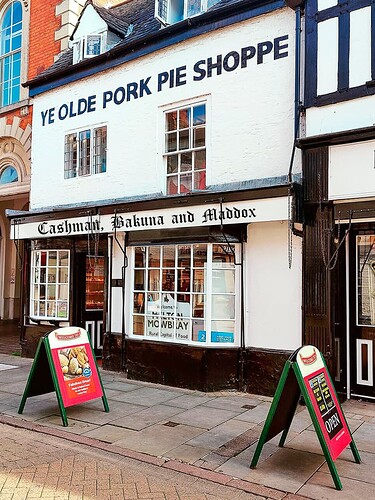 They are investment signings. Ones where they cost next to nothing in terms of wages and even if just one of them turns out good where a bigger club comes in for them then they will use that income to bring in more investments, similar to what Smith used to do with the likes of Sawyers and Mantom etc and similar to what Peterborough have done for years and is something our fans have wanted us to do for years.

Maddox is a former England U19 player that was part of a European Final win and was at Chelsea for 7 years, so there is talent in there somewhere.

Mukuna is a 17 year old striker, yes he wasn’t great in pre season but like someone said in another thread, maybe we shouldnt have thrown him straight in the first team during pre season against the likes of Tyrone Mings and Diego Carlos and instead put him in the development squad against Rushall.

Knowles got close to double figures in the National League, not sure how much we paid for him, but a season or two at this level with him being more composed infront of goal and he could be worth alot more than what we paid for him.

Then there’s the likes of Hutchinson, Evans and Allen who also have alot of potential. So even if just one of these gambles pay off, then we try and find someone else to gamble on to make a few quid.