As you are aware. Issa where asked to attend the club today ref the poppy badge debacle

Myself and Colin plant attended with the club being represented by. Graham Whitaker the slo and alex smith the clubs comercial manager

An excellent meeting took place. And the outcome was the badge goes ahead as planned

The club accepted our interpretation of the badge. And. Also said they could not stop us producing it, They also stated they could see it could be classed as controversial, to some depending on there own viewpoint, and also accepted that complaints received
Could be perceived as malicious

It was explained to us that we had not been requested to attend to be hauled over the coals in any way shape or form, but once they had received the complaints they had to look into it further

Club stated there only concern was that they where not. Seen to be supporting political. Causes but as said TOTALY accepted our explanations and motives behind producing said badge

We took a range of Issa merchandise and we where congratulated on its quality and design , and they where thankful that we set aside a percentage of surplus funds. Which we direct the clubs way with our various initiatives form our merchandise sales

They fully support and buy into the Issa ethos. And look forward to a long and fruitful relationship being developed

They where told of support for the badge from people associated with the British legion, and told that it also drew no complaints from the police inteligence officer. Associated with club And again they also confirmed they had no. Objections to it

We agreed that the only thing we need to do going forward is to put a disclaimer on our site stating that all Issa merchandise is not. Official walsal, FC club shop products, To which we agreed,
But club had no problem whatsoever in seeing us continue to do what we do

As said it was an excellent meeting which saw many things discussed. With some cracking ideas. Discussed. As in ways. To aid walsall football club and its supporters

We at Issa thank the club for today’s meeting and it was a breath of fresh air to be sat talking with people who totally understand what Issa is all about, and to receive there congratulations and compliments on what we have achieved and to buy into our bigger-aims and ambitions of helping our beloved club, make it all worthwhile ,

I’m always big enough to admit. When I’m wrong, I thought today was going to be a laying down of the law and a. Dressing down was going to be. Handed out, ( although I fully believed it would be harsh if that where the case ) but how wrong was I As said. A breath of fresh air and a new found wave of optimism is running through the club from top to bottom. Long may this continue

Speaking with these guys today I can foresee many joint initiatives being done.

This now draws a line under the badge and it proves beyond doubt that. Malicious actions. Will not derail us from our chosen path, we at Issa will do everything possible to benefit walsall football club and those fans who want us to represent them, to those who don’t want to be part of it all we ask is. Let us get on with what we are doing The constant underhanded attacks. Will only. Drive us on to bigger and better things

Head over to our online shop and have a look at our merchandise, using the link below. but remember it is not official club merchandise, But any purchase made does ultimately aid the club 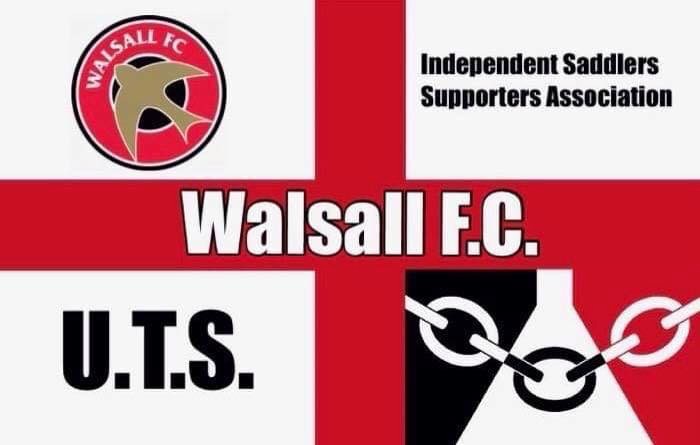 We are ISSA, a commitee-led fan group and social society working for all supporters of Walsall Football Club.

Well done DH and everyone at ISSA, No Surrender!!!

perhaps you could produce an Xmas gift in the shape of a snowflake with the words No Gritter I’m sure there would be a few takers!!!

well done issa NO SURRENDER to the snow flake’s lol