A trip to the capital city awaits The Saddlers this Tuesday as we make the trek down to London to face AFC Wimbledon at their new home, back at Plough Lane.

The Dons, managed by ex-pro Johnnie Jackson, find themselves topping the bottom half of the table, sitting 13th in League Two heading into the game. They have accumulated 36 points from their 26 league games to date.

The hosts have played 12 league games at home this season, winning 5, drawing 4, and losing the other 3.

Taking a quick look at their squad, I’m not quite sure what to say as it appears that they’ve lost quite a few players in the January Transfer window already with loanees being called back to their parent clubs, as happened to striker Nathan Young-Coombes and midfielder Paris Maghoma who both retuned to Brentford, and talented attacking midfielder Ayoub Assal being sold to Qatar Stars League team Al-Wakrah for a reported fee of £1m!. 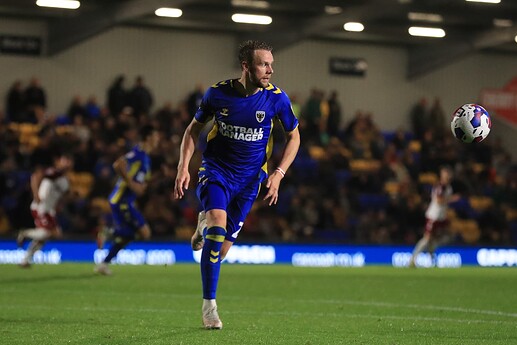 Two names in their squad that stick out are Chris Gunter, the experienced defender who has played in all four professional defenders and was part of the Wales Qatar 2022 World Cup squad, and new recruit signed from Wycombe Wanderers, striker Ali Al-Hamadi who signed last week and is also an Iraqi International with 5 senior caps to his name…with 0 goals scored.

The Wombles last FIVE league fixtures have been:

Onto The Saddlers now, and following our postponement against Swindon Town, avoiding a defeat here means we can go undefeated in the league through January…albeit having only played two league games!

Manny Monthé will sit this game out through suspension following his two yellow cards against Tranmere Rovers, whilst Danny Johnson will presumably still be locked away somewhere in Mansfield by Nigel Clough, meaning that new boy Jamille Matt is almost certain to be handed his Saddlers debut, and with a few extra days bedding in behind him too. 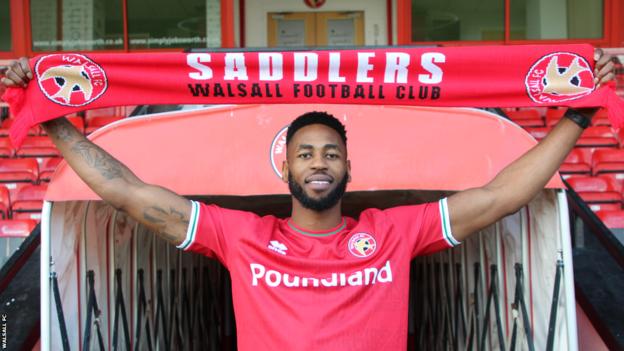 There isn’t much to report really that wasn’t already covered in the Swindon Town thread as nothing has happened, so barring any new signings appearing before Tuesday, what would your starting XI be for this game? One piece of bad news is that Jack Earing sustained an ACL injury in training recently and is looking at 12 months out with that, so hopefully we can stick by him as his contract is up at the end of this season, and we can get him back to full fitness because he is a decent player when fully firing.

How many UTS users are going to at the game? I’m driving down, new ground, looks fairly decent, but £25 (£27 on the day) is a ridiculous price to pay for a League Two football game. I only paid £30 in comparison for Wolves vs West Ham in the Premier League the other weekend! Scandalous pricing, whether in London or not.

Anyhow, a chance to get another 3 points for the lads, and I think we should have enough about us to see this one out.

A good second half of the season in store methinks.

Already booked my train and agreed to meet up in London with a mate - so really hoping it doesn’t get called off, as the weather looks dicey dahn sarf until Weds!

One of the more local games for me so I’m looking forward to this one!

Has been surprisingly chilly and frosty (for London standards!) the past two weeks!

Got nil nil all over it.

Doubt it will be on looking at the weather forecast. If it is then their covers must be better than ours.If it is played 1-0 to the super saddlers for me.

Is Jamma going to be involved in any of the seven?

Will be a big shame for Manny if it is off, missing the Leicester game.

Reckon they’d move it to Weds, not many Tuesdays left in the calendar.

Can they even do that these days? I know it used to happen.

I will mutter a phrase rhyming with clucking bell several times if the weather wins and this is off. We don’t need any more postponements

I know it’s frowned upon here but the WSL game this afternoon between Chelsea-Liverpool actually kicked off…and then they called it off after five minutes as pitch was too hard.

Imagine that happening on Tuesday given they play at Wimbledon’s old ground before they moved back to Plough lane.

It’s strange as I thought it was warming up from tomorrow but looking at forecasts seems places like Belfast are 9-10 degrees and London is still hovering around 3-4.

3 points would be fantastic from this game . But without the monthe who is a big player for us a point would be fine .
If we can keep up our much improved away form whilst getting the wins at home a play off place is very much a near certainty. UTS

Need this on as no monthe vs Leicester is scary

He normally sells them outside the ground, but he won’t be at the match on Tuesday. 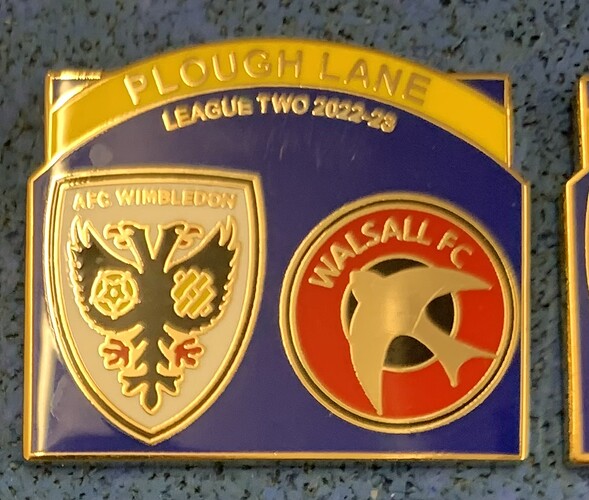 Weather is set to warm up a touch from Monday afternoon onwards to a high of 8° by day and a low of 3° by night.My nickname is indeed Michael Fish before anyone takes the piss.

Had planned to go on 7th January with friends who are Wimbledon fans, but we had a cup game so game rearranged. Can’t go Tuesday but if it goes ahead it looks like it’s on iFollow? So I’ll have a few glasses of red and watch it from the comfort of my own home. If it has to be rescheduled will try and get down there as planned previously.

Is that in south London or Walsall? The forecast I’ve seen is that it will stay cold down there.

Have you or anyone got any tips on parking around the stadium? Used to be no problem at all when they were at Kingsmeadow (I usually parked in the side streets right across the road from our end) but Plough Lane is a new ground for me so don’t know the ropes.

Talking of Kingsmeadow, did anyone else ever venture into Fat Boys cafe just up the road? Amazing place that was always heaving on match days - an extensive menu of good tasty food at very decent prices (cheap for most places, never mind London), and very friendly. Is there anywhere similar around Plough Lane?