Our last game before Christmas, providing we don’t get ‘iced’ off, pits The Saddlers against near-neighbours Crewe Alexandra who head to The Poundland Bescot Stadium for this tie.

Crewe Alexandra arrive in Walsall sitting 17th in League Two with 6 wins from their 19 league games played so far. They are managed by Lee Bell who took charge in November and has a managerial record of P5, W3, D0, L2.

The Railwaymen have struggled to find any consistency this season, hence where they find themselves at the moment, but their squad does contain some good talent. Included in their squad is ex-Saddler loanee, Dan Agyei who has scored 6 goals in 23 appearances this season, striker Courtney Baker-Richardson, who last season was at Newport County, who has 8 goals in 17 appearances this season, and then there is defender Rod McDonald, brother of ex-Saddler, Clayton McDonald, and therefore son of ex-Saddler, Rod McDonald… 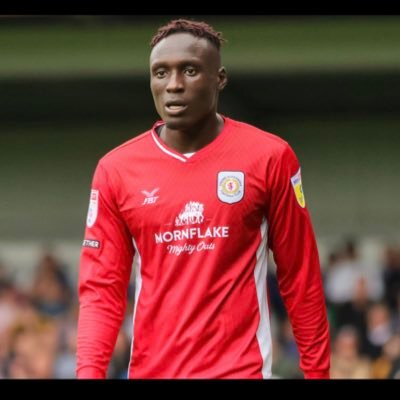 Heading into the game, Crewe Alexandra’s last three league fixtures have been:

Onto The Saddlers now, and we head into this fixture 8 games unbeaten across all competitions, and with confidence growing within the squad and the supporter base that we can actually have a decent second-half of the season and start to trouble the promotion / play-off positions.

Top-goalscorer Danny Johnson is still here (for now…) and Michael Flynn has said that he would love to keep him with the squad but won’t be held over a barrel when it comes to the fee. How much would you suggest is reasonable to spend? And how much is too much? 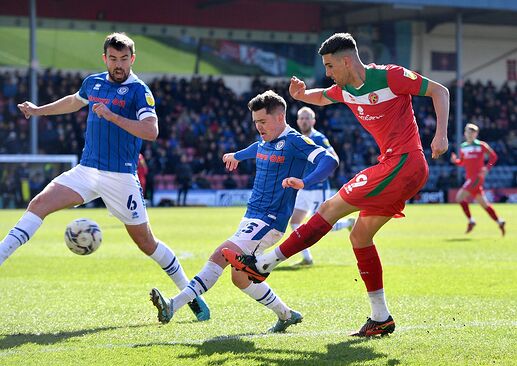 On the injury front, Conor Wilkinson is back and raring to go, with the gaffer saying that he is now in a position to make 20-30 minute cameos from the bench to start building him back up for a return to playing 90 minutes at some point in the future. Joe Riley is expected to be back in contention from the New Year onwards, in what will be a positive for everyone involved, and Joss Labadie continues to make progress following an ACL injury. Hopefully, fingers crossed, we will have something resembling a fully fit squad to choose from in the coming weeks, along with any additions we might make in the January transfer window.

The squad seem pretty settled in terms of how we are playing and the results we are gaining, but who would you start in this game? Injury permitting, one player who is sure to start is playmaker Isaac Hutchinson who is starting to show just why Michael Flynn brought him to the club in the summer, with his performances now starting to become more consistent.

Finally, with this being the last game before Christmas Day, allow me to wish all of you a very Merry Christmas and thank you for reading the previews and your interaction on the match threads.

Here’s hoping for another three points to kickstart the Christmas celebrations. UTS!

We will ammer um

Is it an optical illusion or is that blue-shirted player in the middle of the photo really, really tiny?

He’s between the other’s so cant be.
He’s a kid who has ran on the pitch.

Can’t go as it’s my babies first birthday so the wife has banned me ;(
will watch on iFollow

Baker Richardson is out long term, so one less to worry about

Are you wearing big gloves while typing? if so I’m impressed that there are no typo’s.

.2-0 isn’t a typo? Are we allowed fractions of a goal now? All of the ball didn’t cross the line but part of it did …

It was slightly warmer in the house

…although our boiler is finding it hard to cope with these temperatures!!

…you clearly spotted my deliberate mistake.

Won’t be on, I think the club might have to make a decision as early as tomorrow

It all depends on whether we have paid for some of those heated sheet things they use to thaw out the pitch.

Dont think the braziers are gonna work for this one

If we can’t ge tit on with one of the best grounds in the division how are other clubs getting there matches on?

Walsall seem to have a good record of getting games on in terms of waterlogged pitches but have often struggled in sub zero temperatures.

My old man has just rang the ticket office to order Stockport away tickets and he asked if Saturdays games on.They’ve said it is at this moment in time but they are having a pitch inspection tomorrow and Saturday morning.

If we can’t ge tit on

I am in if we can

Could anyone guess if its off when we would play it.

You watch folk moan , I bet the pitch is like a car park

We got that Bournemouth game on in January or so of 2013 (I think that’s right) even though there was lots of snow and coldness and the roads were terrible, but we bizarrely postponed a Tuesday night game against Swindon in 2008 (again, I think) even though the weather was OK, a few snowflakes but nothing to get excited about, and it was called off quite late, about 1900 hours, give or take.
But generally, we don’t seem to have had that many postponements in the Bescot years. Perhaps I’m wrong but I think we have a good record, thanks to the ground staff and also thanks to Colin Brazier and his family.