Didn’t some of them end up at Blakenall or somewhere?

I think you may be right? Somerfield rd?

And a bit later on we donated Tommy Coakley and Kenny Mower. 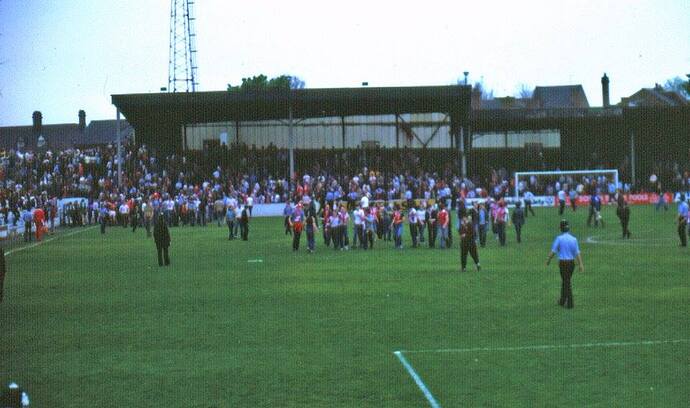 Picture taken by Dave Trenerry, A Doncaster Rovers fan, after our final home game of the 1981-2 season. 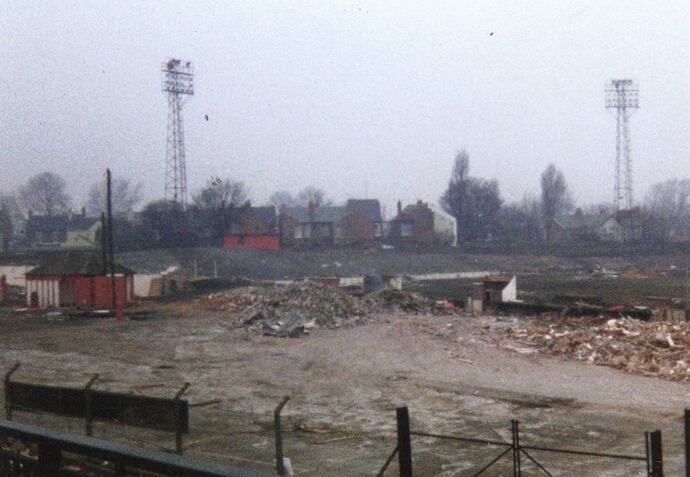 The picture in the opening post with the players coming down the steps, I was mascot that season against Bury towards the end of the season, think we won 3-1. Strange fact about that day, as the players came out to warm up, Bury headed towards the Street End and Walsall went down the Railway/Laundry end. Never seen the home team go down the away end to warm up before or since. David Kelly was the only player that came over to have a kick about with me. Had my picture took with Peter Hart and then Nicky Cross.

It was the only game I ever sat in the seats at Fellows Park for a first team game, and the only game my Mom ever came, and possibly the only kick off my Dad ever saw ! I went in the seats for a reserve game once and sat next to Richard O’Kelly and Mark Rees who were enjoying a rest while Buckley had several first team players in the reserves after a defeat on the Saturday. Richard O’Kelly gave me a cheese and pickle sandwich, I think that is still my claim to fame in life !

I didn’t have many years at Fellows Park maybe 7 or 8 but I have some fantastic memories. Glad I got to experience it for sure.

Great post! You may have only had a few years at that magical place but you have your memories that nobody can take away.

What a shame… that place had character and a atmosphere.

I used to love Fellows Park, standing in the cow shed as a kid/teenager. Miss the old place.

So sad to see it, turnstiles still standing. 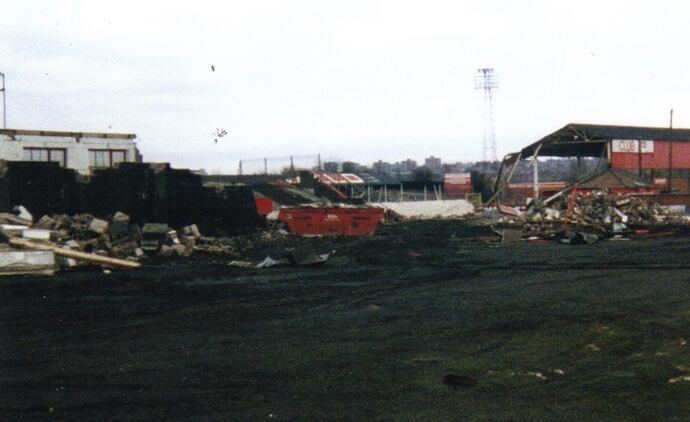 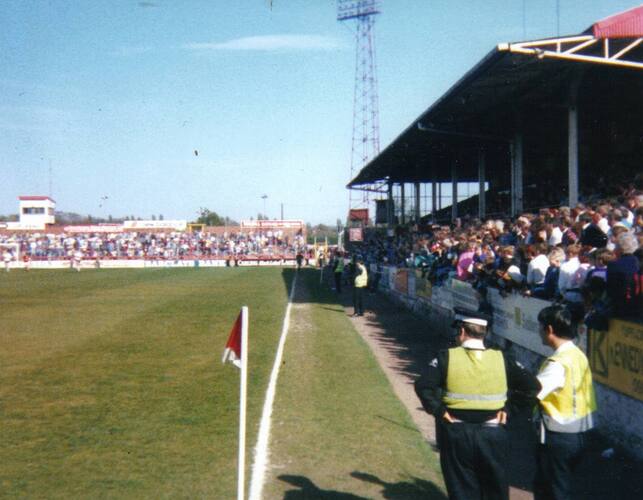 Looking at the people way behind you, how could they see the Railway/Laundry end?

Lovely to see these pics.

To cross refer threads for a bit I think Fellows Park was a good main stand away from offering the ideal “experience” however you liked to consume your matchday football.

I say that because it offered in many ways a superior experience to that of our neighbours during the 1980’s and as a result our attendances for a short while competed with Wolves and Blues and were closer to Albion and Villa than ever before or since.

That superior experience included no fencing around home terracing and as a result a real proximity to the action. Also a choice of vantage point and atmosphere. You could stand behind the goal, up the corner or down the side - sometimes all in one game. And it was eminently affordable. It seemed to be £2 and £1 for years. Importantly, we also had some good teams during that decade.

Fellows Park had no pretension of being a mini Molineux or Villa Park and was all the better for that because it made it unique. The only thing missing, as I say, was a better and more modern main stand.

The Bescot by comparison is just a ■■■■ version of our neighbours grounds but with an eighth less people than our neighbours we can’t rival the sense of occasion. Which is why we need to find unique hooks and niches that offer something different.

But back to Fellows Park. Through agnostic eyes a shithole but to us lot it was home and importantly it was “our” home. Our community’s home. The psychology not completely different to those who were moved from their back to back terraces (or “slums”) and moved to shiney new towns with vertical villages in the form of tower blocks. The novelty of an indoor bog very quickly wearing thin in the context of everything that was lost.

I’m not sure as I always stood at the front and sat on the wall until told to stand up.

Does anyone remember the old wooden floor main stand from the late 1950,s. My parents had a season ticket in it. In the Winter the crowd stamped their feet at half-time to keep warm and it was quite a sound. We didn’t realize how unsafe these stands were from discarded fag ends until the Bradford City fire in the 1980’s.
Also I remember my dad always bought a ticket for the raffle to “Win the Match ball” It was the old leather laced ball in those days. Anyway we were lucky enough to win this raffle once. We went across at the end of the game to a supporters hut to collect said ball, which I was proud to carry all the way back as we walked to Wednesbury to catch a bus home. I think this hut was at the Laundry End on the opposite side to the main stand- in the corner there.Happy days as a young football supporter

I loved the atmosphere of Fellows Park but hated the stadium. I understand it was our dump, but a dump nonetheless.
I hated seeing it torn down, so many great memories.

Does anyone remember the old wooden floor main stand

When I first started going, 1972, my Dad was very ill and so we always sat in the stand. I loved it when the foot-stamping began and I’d join in as much as my puny ten year old legs would let me. As I remember it would happen if we won a corner, especially if it was late on and we were chasing a winner or an equaliser, or at a time we were on top and the team was strutting its stuff.
We had a good run when I first started going in March '72, I didn’t see us lose for months. We began the 72-73 season with eight straight wins at Home. We lost the ninth, 2-0 to Rochdale, a real shock to me. Sadly that was the last match my Dad was able to take me to, and he died a few weeks later.
Those 13 or 14 games with him are incredibly precious memories for me.