Does anyone know who the new physiotherapist is?
I haven’t seen any (official) announcement of her being appointed.
I saw her come onto the pitch to treat one of our players during the Hartlepool game, she was accompanied by a large, bald man, who I have no idea of his identity.
I would be grateful to anyone who can shed more light on the subject.

Thank you, sir.
I was looking in the wrong place.

It’d be great to see women working in football without it being accompanied by comments about their aesthetics, or with lewd comments.

Whether this be players, support staff, receptionists, officials. Whatever their position in the sport, they should be free to do their jobs without comment on their appearance or ‘attractiveness’ or whatever. Whether it’s this, or staff in the ticket office or wherever, too often the role of female staff normally finds itself met with comments about their looks.

Whatever happened to the other one who was one of the fitness staff when Whitney was manager, think she was called Hannah? Interested if she got another job in football or works in another sector.

Dan Watson as the keeper coach is interesting, bit less “high profile” than all the others over last decade given Cutler made one appearance for Villa in the premier league.

Did he ever play football league?

Walsall-based Watson began his playing career at Derby County before joining Wolverhampton Wanderers and then Luton Town, where he suffered a serious knee injury. He retired after a spell at Kidderminster Harriers. 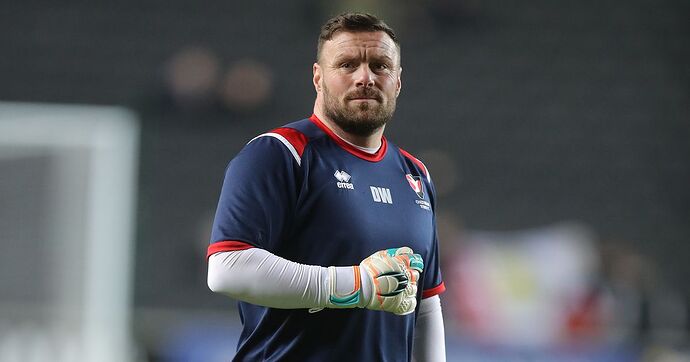 Opportunity at another EFL club

I was looking in the wrong place.

Yeah, the answer was not likely to have been found on her arse, however hard you stared at it.

Whatever happened to the other one who was one of the fitness staff when Whitney was manager, think she was called Hannah? Interested if she got another job in football

She’s Joe Edwards partner and has had twins with him.

Talking of Joe Edwards, does anyone know what has happened to him? I know someone said he was ill, but i hope it is nothing serious!!! A great guy, hope is is ok.

Equally how many times are women commenting on good looking players. I know a few who love Beckham and Grealish purely for their looks. I used to call Aranalde ‘The Spanish dish’ as I thought he was the bee’s knees.

A woman said David Beckham was pretty, so it’s okay to joke about self pleasuring over a female member of staff at the club?

One doesn’t excuse the other, nor are they anywhere close to being on the same scale of appropriateness.

Those sort of comments are different to saying someone is pretty. I was referring to people saying others look attractive.

Those kind of comments were on this thread originally when I posted.

But they can also make the reciever uncomfortable. If you ask the HerGameToo folk what some fo the biggest/most frequent comments recieved would be, a good chunk would be unrequested comments on their looks or bodies.

I understand that totally but didn’t realise those type of comments were on here.

Oh sorry, there was a meme further up the thread which has now been removed.