Piece of history for possible sale

Here we have the actual match worn shirt, in which Chris marsh hit our second goal in the 3 1 victory over Oldham
On the 1 / 5 / 99

This shirt played a major part in our history. In a fantastic season

And one that will forever be remembered. For. how sir Ray came in and moulded a team. Tipped for relegation, into one that secured automatic promotion against all the odds

As said. This is the shirt in which Chris sent Bescot crazy when he smashed the second goal in , and all but secured the most unlikeliest of promotions

As many know I’m fundraising to sponsor the skinning of the Bescot bar , to pay homage to some ex saddler greats,and to also help the club out financialy

If the right offer came in for this shirt , I would consider letting it go,
With funds raised. Being added to our target. Of raising 5k

But as said it would have to be a serious offer, bearing in mind. One shirt. of equal stature. To this one. I’e the Keates promotion winning one which I auctioned of went for over £600

This shirt is of the same stature, and given the manager and. How he performed miracles, to achieve that promotion, it will remain with me. If it does not attract a bid. I think acceptable. 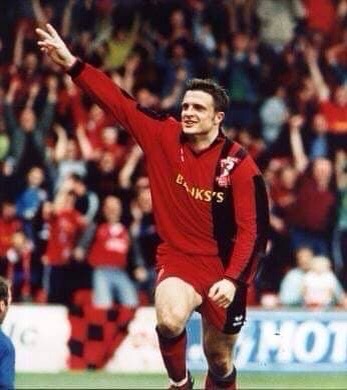 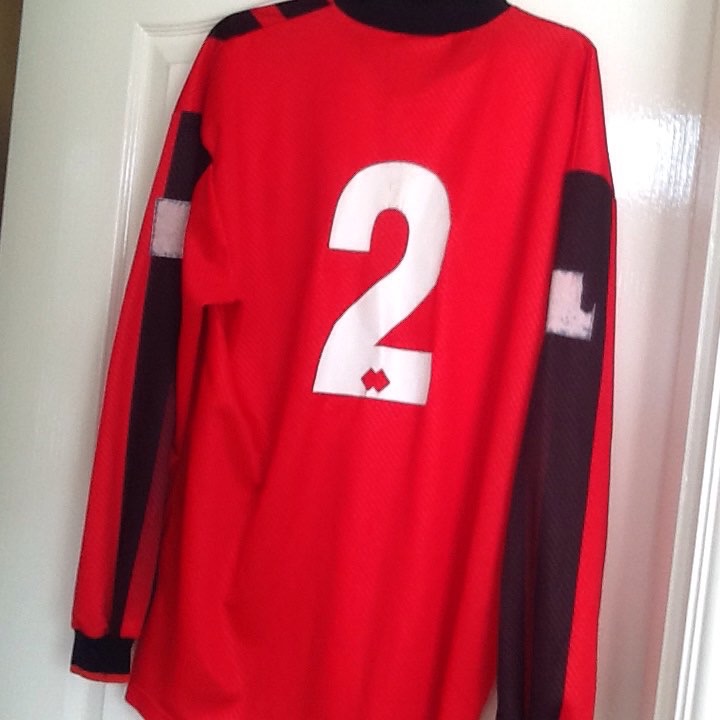 The Trevor Christie centenary one looked good on FB. Have you posted that on here as I can’t find it?

I had an immediate offer for it mate which I found acceptable within minuites of it going up
The new owner wishes to remain anomonous and doesn’t wish the price to be made public, But I will put all fundstothe bescot bar fundraiser mate

I might have offered more! Thought it was an auction?

No mate was not an actual auction, that’s why I put on post serious offers only. ,
The reason I did it this way is i was getting malicious bids. On previous items mate, can do without the hassle mate, as we only have a limited timescale. To raise the cash,