I think it’s plainly obvious he hasn’t quite done enough yet I mean some of these things mentioned take a phone call to the right people to get things going.I actually like Leigh Pomlett as a human being I think he speaks really well and has a real passion for the football club so that side of it needs no work at all.I think he needs to show he’s improving things early in the new year because he’s starting to lose fans of himself through not doing so hence this thread me personally I want to see significant backing in January on the playing side and other stuff Feb/March time because he is starting to show signs of the old bloke who’s just left and I don’t want that had it up to here with that so from me personally he has a couple of months to show SIGNIFICANT changes.

Sorry but I totally disagree. Because of my peculiar circumstances I watch football at many different levels on a regular basis. I can easilly get a pint and a pie at Newcastle at half time, Blyth Spartans, Whitley Bay, or any of the several Walsall away games I attend. The only place I’ve struggled was Northampton because we took what 1500? Into a facility geared up for 300, and of course our place, where I queued for 45 minutes for a pre-match round the last time I was there. Its a complete joke and got nothing to do with the league we are in or the level we play at. There are clubs that have been in the third tier and even the fourth tier currently playing in the Pemiership, are they struggling to cope?? Nope!. I went to Burnley last season with Newcastle for example, they open up the cricket ground next door for the away fans, even the stand itself was open so that folks could get served and spill outside. Sheffield United last week (I was supposed to be going but didn’t in the end), I got a text message from the club to say that three bars were dedicated away fans bars including The Howard and The Globe, (can’t remember the other one), its called basic organisation. When I go to Blyth there can be 1000 there and only one bar, they do the bottle bar when its a big gate, and there isn’t a chance they’re not having your money if you want to spend it, as I’ve said before, the club official that does the numbers board during the game dashes behind the bar at half-time and starts pulling pints - that’s organisation coupled with hard working individuals, you simply don’t see that at Walsall. You can go on and on about things you see at other clubs, but the general theme is they see a challenge and rise to it, we create a challenge out of a non-challenging situation and then fall flat on our arse.

I think what that creates is an atmosphere that things are going to get done because everyone’s mucking in, you don’t get that at Bescot. In fact the impression I always come away with in respect of the bars and food is that everyone is working their first ever shift and havn’t got a clue what they’re doing.

Am I missing something here the last 4 or 5 games I’ve been to including yesterday there has been little or no issues regarding service in the Stadium suite . Just saying it like it is.

Not according to @el_nombre’s mate it was an awful matchday experience toilets overflowing with ■■■■ n ■■■■, ques has long has the eye can see.

Not what I saw , we got to the bar about 2-10 ordered 4 pints virtually immediately just as the previous games I’ve been to.
Regards the toilets they are perfectly adequate , remember these facilities are used for private and public functions also , so they have to be a certain standard.

To be fair mate I haven’t been since my Pie scandal has it improved then? It was terrible at one stage I’m going to Carlisle game next so will have a butchers.

LP mentioned about American interest in the club but we must be back in League one first , pity we can’t speculate to accumulate here .

As I say we have had no issues recently regards getting served etc . I will say the kiosks still need sorting out though.
My issues are more with what’s on the pitch ,!

Wasn’t in the stadium suite, the kiosk service was poor

And the toilets were terrible yesterday in the corner. Also just saying.

Try the Stadium suite then , simple .

Can you ■■■■ in there? Is that we’re they keep the elite pie fetchers? 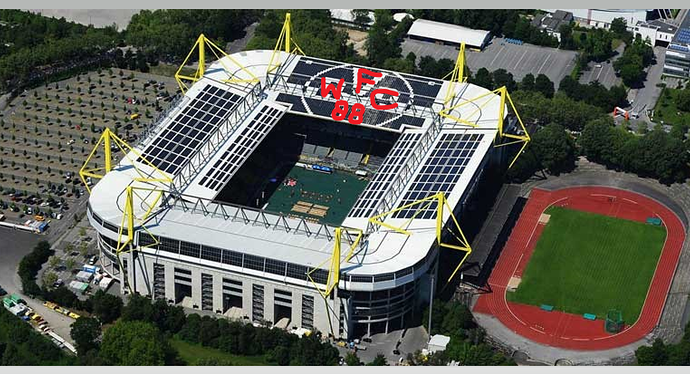 LP has been trying to keep this a secret , a very big secret but with the mounting unrest about the state of the Banks’s Stadium , and the service the fans get he thought he better make it public knowledge sooner rather than later …he has been having a new home built for us

Not 100% sure but I think there are more " plush " toilets situated to the side of the bar in the stadium suite but these are closed off to the pesky fans on match day but opened when the " riff raff " have gone allowing the evening revellers to enjoy.

Spot on Geordie lad, bloody basics, still stuck in the Bonser groove. Come on Pomlett sweep clean and ■■■■ Gamble and Mole off as a priority.

Ours is the one on the right

The fact our supporters are still complaining about the bloody toilets after it was even featured in a national tabloid half way through last season illustrates just how little has changed in the running of the club imo.

nothing much so far lets see what the new year brings.some fair points raised though some things are easily sorted and they havent been yet