It gives all involved with The independent saddlers supporters association , great pleasure to announce that. Working alongside the pfa and many ex saddlers who played for Chris, that a specialist dementia watch is to be presented to the gaffer ,
On Tuesday, By Issa representives and a number of ex saddlers will also be in attendance

The watch is a specialist piece of kit, that will instantly pinpoint where Chris is at any given time, This will greatly help him. It also has. SOS functions, and. A direct link to family and friends

The ex players where alongside Issa going to purchase said watch , but upon the pfa hearing of how Issa are involved with Chris they immediately stepped in and offered there help

The group of ex players involved. Have now set up a fund. Via Issa, , and Issa have also put in a donation to said fund, And we will now be taking Chris. To get him a whole new load of golfing attire. With said funds,
This is being done , to the same value of what the watch would have cost if the players and Issa had purchased it. So a win win sittuation

We are also taking him for a golfing day with ex players this coming week, and Chris is eagerly looking forward to it

I have deliberately not named the players involved. As they know who they are, but it’s an honour to be associated. With such a great bunch of lads , and have them associated with Issa

And again it’s testament to them that they wish to help.chris, as they hold him in such high regard,
And this gift will help Chris. To continue to live an independent a life he can for a while longer yet
They are a credit to themselves , and shows. Again. What the true face of Walsall fc is all about

With the help of ex players who are all now. Working in conjunction with Issa, A charity game. Is being arranged in the honour of Chris, this will not only feature. Well known ex saddler legends. Many of whom played under Chris, but ex international footballers will also be playing a part, to honour the man himself and raise awareness of dementia

It’s testament to the hard work that goes on behind the scenes by the Issa committee. That not only do ex players. Approach us wanting to be part of it , and actually play an active role but now. Such a body as the pfa are recognising what we do and are willing to help so it is humbling for us. To be. Held in such regard.

But again it’s you the fans who also play a massive role in what we do , especially looking out for Chris,
And we just want you all to know. That everyone involved with Issa. Are very appreciative of what your input enable us as an association to achieve

This is not the only thing Issa have been doing. During lockdown,

as well as. Providing our club with
£5100 to re develop the bescot bar.
Keep your eyes open. For an idea we have took to club, and one of which the club are going to implement , that will put. 30k into the clubs coffers, yes you read it right. 30 k that will again also honour our outstanding fans, And see you all recognised. For the roles you play, A very simple idea but a very effective one of which I’m sure when announced you will all love to be involved with

And last but not least we are well , underway with plans to present the club with a brand new mini bus
Sponsored by Issa and a selection of our commercial partners, this will be for use mainly by our youth team , and during the clubs community projects

This is what Issa is all about, a fan Organisation run by fans for the fans who are always first and foremost in our thought process, ( ref the bescot bar fundraiser )
Whilst. Helping our club, and the local community. Along the way also

Dave Olly Beckett
For and on behalf of the independent saddlers supporters association. ( Issa )

Fantastic once again. ISSA is one of the best Walsall FC related developments in recent years. A real credit to the club and town.

.Disgusting news that someone has stolen Chris Nicholls dementia watch

Its a tracked watch, so please share this around so that the scumbag who has stolen it gets the nessage that you do not mess around with Chris Nicholl!

You picked the wrong person this time, the watch. Was being tracked , unbeknown to you

You have till 10 am tomorrow to return the watch to St. Peter’s court Harrison street Bloxwich otherwise all details of where and when you went yesterday will be handed over to the police,

To give you a brief idea that we knew your every move. Up untill the battery ran out. Here’s where you went. After removing it from Chris,s posession

Bloxwich high street , the showman pub, Asda car park, Jewsons car park. , you then went and stood outside the gunners club. You then went back to asda car park, You see evpverything is recorded it is the most advanced dementia watch in the world
You where being tracked without you knowing,
You where two mins from being arrested but the watch ran out of power, But everything is backed up, and tomorrow morning. We can get all the info from the. GPs system, Throwing the watch away want help you. Every property you entered. Will be recorded, you may think the batteries dead. But internaly the gps will have recorded your every move, But being the weekend we can’t. Do nothing till tomorrow morning

We also know what properties you entered, But for obvious reasons we won’t put that out there. Yet, We also have a car registration number, You see it even sends pictures back. To those who are. Registered on the watch as per Chris,s family and freinds etc,

So you see. You are well and truly traceable, so do the right thing and hand it back, it’s of no use to you whatsoever And is a specialist piece of kit for dementia sufferers If watch is returned to the address stated , that’s the end of the matter but if not. Your worst nightmare I s about to begin

Don’t try just disposing of watch because as said every property you went to will get a visit from the police if it is not returned. In the timescale given

They say you are never no further than six feet away from a rat anywhere you go, Chris was certainly a lot closer to one than that yesterday, And unfortunately for him it was one of the human variety,

Why choose a vunrable old guy who is already suffering from such a cruel illness as dementia, Then has the bad luck to bump into a piece of rubbish like you,

If I where in your shoes I’d get it back pretty dam quick, because if you don’t , you will ultimately be named and shamed, And I’m sure there’s plenty of. Lads around who will be. Having a quiet word with you. If as said the watch is not returned

We also have a very accurate description of you and we will be cross referencing the data. Transmitted back from watch. In relation to times etc with. CCTV footage

You have one chance to put things right, You would be very wise to take it

Can everyone please share this far and wide as someone knows where this watch is. It may just. Trigger there conscious 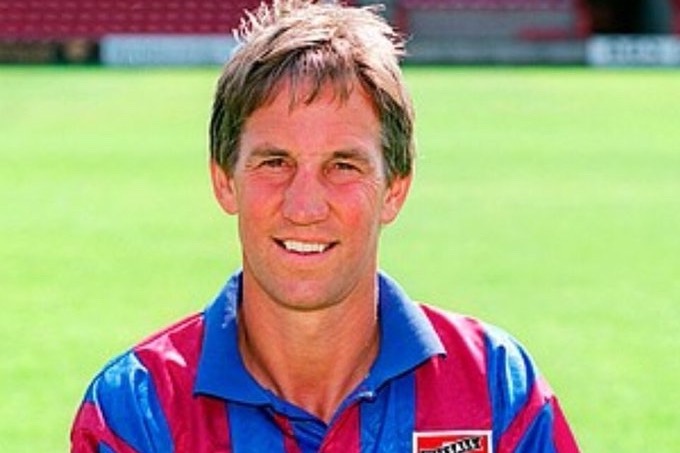 Agreed. Confident the target will be smashed soon.

Any news on the Police “Investigation” of this theft?