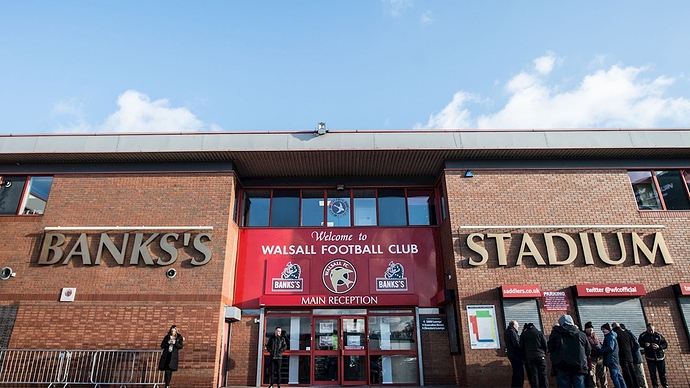 The following players remain in contract for the 2021/22 season:

The club will be taking up contractual options on:

The following Players are out of contract on 30th June and will be offered new contracts:

Mat Sadler will continue in his Player/Coach role and former Academy Player, Danny Coogan, will be offered a short-term contract.

The following players will not be offered a new contract when their current deal expires. The club wishes to place on record our thanks and wishes them all the best for the future:

(I tried to fix the annoying layout that the club used)

Good to see we are getting rid of the dead wood!

I agree with all that except for Dan Scarr being offered a new extension. James Clarke I was 50/50 on whether I wanted to keep him but him going makes sense if we are to get rid of the memory of DC and his mates.

Pretty much as expected glad Lavery and Gordon are both gone

And another season of poppadom hands, brilliant.

Can only imagine Clarke’s wages were prohibitive. Hope Scarr’s is a one year deal.

Scarr and White could of been added to that released list as well for me.

Not surprised by any of the names on the released list apart from Clarke. Maybe he has given the indication he wouldn’t stay, so they didn’t bother.

Hopefully Scarr will only be a squad player should he re-sign.

Disagree with Scarr and White. I’d have kept Clarke and Norman.

The goalkeeping debate continues as both under contract. Hopefully Fail will make us an offer for Roberts.

Would give Roberts to whoever would take him too.

Clarke has agreed to go back to Bristol Rovers … guaranteed

Imagine offering White a deal and getting rid of Norman

How many of these do you think will end up with Darrell Brent at Vale?
They released 15 yesterday and put another 3 on transfer list today.
I reckon James Clarke is already on the A500 and Gordon is just going past Gailey Island.

Maybe we have offered Scarr a deal as the club are going to try and get a bit of extra money in by selling a shirtless Walsall FC pin up calendar for all of those inclined. Only real explanation I can see.

Norman has never been rated by anyone in management. Bet Clarke wanted to move.
Suprised about scarr he has been poor
Leaves us with a very young squad and no strike force. Which is just what we needed!!!
Total overhaul fair play

Wouldn’t have offered neither Scarr or White a new deal. Hopefully they get fixed up elsewhere.

Happy with that list, plenty of wages released to start afresh and build a half decent squad

I think Norman may possibly end up at Vale. Judging by his social media he used to live Wolverhampton way, but now lives in the around Stoke it would seem.

Can only imagine Norman and Clarke have agreed to move elsewhere.

Bit surprised by Norman but overall seems ok and predictable if you think about it.

Nice to see some cack moving on