As clubs start to publish their retained/released lists, I thought I’d start our annual thread.

A couple of names of interest to start us off.

Matt Preston has been released by Mansfield while Harry ‘beta Grealish’ McKirdy, who impressed a few at the Banks’ a few months ago, will be leaving Carlisle.

McKirdy yes ,Preston no for me.

Unless there is a pot of gold at the end of Jeffs rainbow that we haven’t been told about, I can’t see us signing anybody until we get the go ahead to play again in front of crowds. Then there will be a mad scramble from Clubs to sign players up, but in the meanwhile I think the priority will be to get players off the wage bill, not add them.

Preston gets sent off every other week…Maybe that says that he is a very committed,no nonsense player…or…is he just a bell end?

If you were looking at a defender released by Mansfield, I’d be looking at Krystian Pearce before Preston.

Not that we’ll be looking to sign anyone for the foreseable. I just don’t see how it’s feasible. 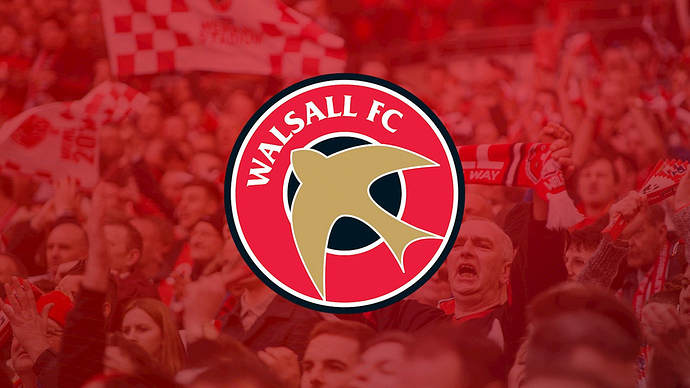 As we edge closer to the end of the 2019/20 campaign - the EFL and FA are likely to ratify the League Two clubs' decision to end the season here very soon - Darrell Clarke's Saddlers are being linked with a number of new signings.

I really can’t see us signing anyone without knowing if and when we’re going to play again.
I hope we are back in August, probably without crowds, I will definitely need my football fix by then!

He was always committed 100% but not much skill.

Ian Roper and Darren Wrack were my favourite players from that era.

I see connor johnson has been released by Wolves, I thought he showed promise when here under DK and he is young and local.
If he was cheap on the wages i’d take him.

Enobakhare has also been released from wolves who is a good player for this level but i suspect he’d be costly on wages for us.

Yeah if possible Sadler out Connor Johnson in would be a good move for me . Would be cheaper than Sadler Aswell.

Johnson was the pick of our defenders in 18/19, for me (an accolade akin to being voted the best dressed man in a nudist colony, admittedly), if you can possibly be that across about 10 appearances in total. He, in particular, was really messed about by the Fitzwater & Russell Martin shenanigans. There’s the makings of a real quality League 2 centre half there.

Enobakhare will have suitors in definitely League 1, possibly the Championship… no way a League 2 move is remotely on his radar, unless Salford are in an especially ridiculous mood.

Completely agree the whole martin situation really set him back.
If he can reach the same initial promise he had in those few games could see him doing really well in this league, only concern is he only had a few games at kilmarnock after us so all comes down to if they have the attitude to break into a team.

If we can’t get Pring back on loan, Jonathan Grounds has been let go by the Blues. Wouldn’t be bad at all.

Maghoma wouldn’t be a bad signing either, but I can imagine that there will be League 1 clubs interested in him.

Although it’s way too early to be talking about signing players, the better run clubs who have had well thought out strategies in this situation, as well as those who weren’t in any sort of financial difficulty before hand could really be in a better situation in terms of transfers than they would have been prior to this Covid business

With finances and budgets set to be cut, clubs higher up the pyramid won’t be able to retain/keep as many players on their books. There will be even more players without a club than usual which means several will have to drop down a level in order to find a club.

Someone like Maghoma for example, I can’t see him dropping down to League Two, but given that there’s likely to be a dozen or so players of the same ilk available, there’s a good chance he’ll have to find a club in League One. The quality will then inevitably filter down to our level and where 24 teams were fighting over three or four players of
League One quality, they’ll be two or three times that amount. The better run clubs, you would think, will come on top of the bidding war. I just hope we come out of this all for the better

Unless I’m mistaken, isn’t Player X on that list?