Off a Vile site, but plenty of Walsall mentions 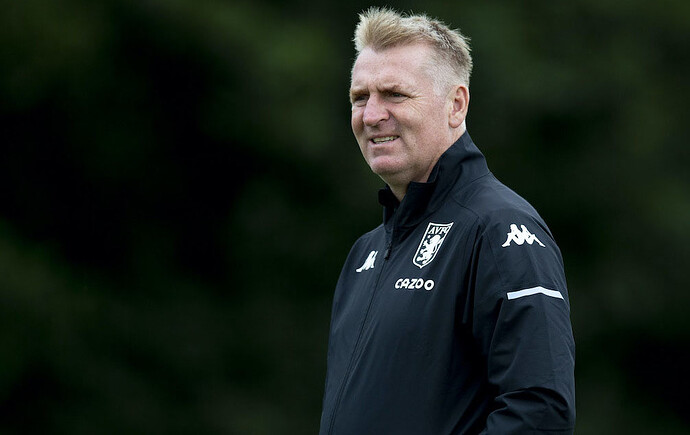 How Dean Smith is using lessons learned from his Walsall days to galvanise...

Dean Smith has used lessons he learned from his days at Walsall to galvanise Aston Villa's Premier League charge.

“Straight away I took it off him, shared it between me and my staff and then pulled the lad in and said listen,…”

Good piece! What a bloke - seems thoroughly pleasant and humble too.

He couldn’t even beat us with odriscoll in charge.

Deano was one of our better managers, I wished he had stayed until the end of the season before moving to Brentford.There’s no doubt we would’ve been promoted.
Doing good job at Villa.

The bloke has been continuously employed for over 10 years - not many people can say that in the football management industry.

Headhunted from every job he’s been at, too!

But if Plymouth hadn’t been deducted 10 points for chaytin, or if we hadn’t bottled it against Bristol City or Barnsley, yada yada yada

The Plymouth thing, I think he’d have kept his job and got us back up

I think he’d have got more points one way or the other if they hadn’t had the points deduction.

Superb manager. Amazing the level of vitriol he got from some Walsall fans.

Could not agree more. We have only had, what, half a dozen decent managers in the last few decades. We should cherish them when we get them.

Football will always be more about emotions than logic. Had he stayed and finished the job I am sure he would have hero status. He didn’t, and as much as we all really understand the reasons he left, as a football fan it is only natural for a little anger aimed his way. When we played against Brentford in the F.A Cup, although there was certainly enough chants sent Smith’s way, I didn’t think it got out of hand in anyway.

He has certainly gone on to prove his worth. He is a good advert for giving a manager time too. I am happy for him to be doing so well, I just wish it wasn’t at Villa.

Agree with all of that. All I would add is that, given how regularly they get sacked, we cannot blame them when they get a better offer and go. Not to mention the money.

Who was the unluckiest manager to get the sack? I would go for Buckley who more or less lost his job for not being Tommy Coakley (who was also a shade unlucky).

A victim of his own success- keeping us in the second tier with carte blanche to go out and sign players the calibre of… checks notes… Carlos Andre is a bridge too far for any man.

Definitely, I was so gutted when he got sacked. The majority of the fans were still with him too. Had he been allowed to sign the likes of O’Connor like Colin Lee was, I am sure things could have been different.

We’ve spoke about this one before and have slighted different views.

To me Lee earned the money he got to sign those players by beating Charlton in the cup to nab us the prize money and telly money from the next round, which he then turned into playing assets.

I’m convinced Ray would have lost that game. The marauding style that had got us into the division had gone, he had frozen out Jorge and was opting for a one up top person to launch long ‘uns too (think Brett Angel played lone striker in Rays last game). So based upon all his previous selections I hugely doubt he’d have recalled Jorge or played two up top away at a Premier League team. It would have been a complete about turn on what his teams had become in his last few months.

The recall of Jorge in a front two won us the Charlton game, the money and therefore the players who helped keep us up. Importantly, Jorge was also back in favour with Lee having been frozen out by Ray and his goals were a big help too.

Difficult to guess at what ifs but I’m convinced that had Ray not been sacked we’d have lost at Charlton wouldn’t have signed that bit of quality, gone down and Ray’s legacy slightly tarnished.

I think it worked out well for everyone until two years later when Lee got the hump with JB - but that’s another story.

Both myself and my Dad agreed when Graydon got the sack, even before we knew who the new manager would be (and it was announced pretty sharpish it would be Colin Lee if I remember rightly) That we would rather have gone down with Graydon, than stayed up with another manager. I still stand by that, and think it would have served us better as a club in the end.

Nothing ever lasts forever I guess.

We weren’t in the anti Colin Lee brigade at Charlton though. It made me laugh we were in a boozer and a Chartlon fan comes up to my Dad and asks “Why is everyone wearing flat caps” and my Dad who wore one pretty much every day said " I wear mine to keep my head warm"

It’s all part of the never ending story (hopefully) of following Walsall F.C. Turn a different corner and who knows.

If i remember, Bonser said that the Walsall job was making Sir Ray ill, and he only sacked him out of compassion for an old friend?