Story I heard was that Bonser had his pals round to watch the Albion game on TV and he was completely embarrassed by the performance.

Sir Ray said it was very amicable, but Graydon was never one for airing dirty washing in public. A very proud and honorable man. He left as a legend for his 3 and a half years with us so I guess whatever happened that day doesn’t really matter all that much.

Remember watching that Albion game though and we were terrible to be honest. I think sir ray took us as far as he could with discipline and getting the best out a bunch of players who have gave there all for him but compared to other championship teams were limited in quality. Will always be a legend of walsall fc though will our SIR RAY GRAYDON.

Was a bit of a joke he got appointed in the first place but his record wasn’t that terrible, was sacked mid season with 31 points from 23 games so very mid table but not really that different a ratio to many Smith seasons and broadly what DC is producing this year at a lower level.

If anything sums Walsall up it’s the previous season, Dosh with 33 points from 22 games so actually was marginally doing better yet that team was looking odds on for promotion?!

West Brom went up that year.

I suppose the problem was going down in 99/00 and perhaps the championship was a little beyond Sir Ray but I’d have given him the right until end of the season.

Colin Lee only actually won 1 of his first 7 league games so not like the form improved overnight.

Yeah Albion go up and down most seasons. I just didn’t see much hope and I think as sad as it was it was time for sir ray to go . Like I said I think ray got the most out of his players but I think the championship was a step to far for him . Would love him in charge now though in this poor league we are in. He would get us organised and everyone would know there jobs which would be enough to get us straight back to our level of league 1.

Oh for sure a Graydon no nonsense type was desperately needed to stop rot of last 5 years. We all hoped it would be DC but not fit to dust down Sir Ray’s flat cap so far.

Has anyone else read the Simon Turner book match of my life.

Ray is the ultimate Walsall FC hero for me nobody comes a close second.

They all more or less say they enjoyed playing under other managers band owe things to other managers rather than Ray. Just an underlying trend I noted which surprised me.

Smith just got the Premier League manager of the month award for December. 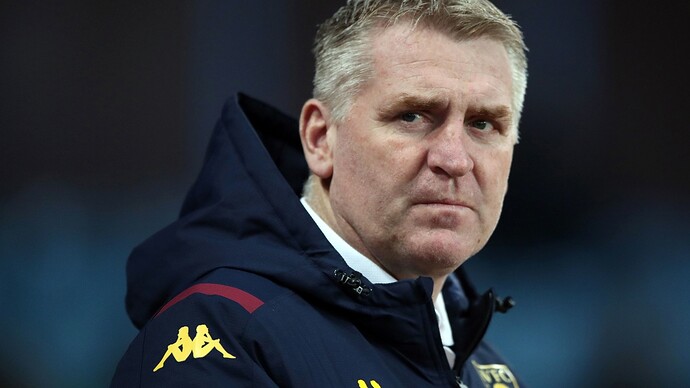 Key to Dean Smith’s success? Humanity, understanding and a little bit of Walsall

Shout out to Sir Ray in that!

Nice little read is that.

Deano is certainly “flavour of the month” with the media types, judging by the positive radio coverage that I’ve been hearing.

I would suggest a lot of Walsall rather than a bit.

Smith is surrounded by some very good coaches. I’d suggest two of them were schooled on the Buckley style and have adapted the Buckley way to the modern game. O’Kelly and Shakespeare were mainstays of the Buckley side in the early 80’s and it is no coincidence that both also saw their careers take paths via West Brom and Grimsby before entering coaching.
The Driscoll/O’Kelly teams played in a not dissimilar way to Buckley’s sides and I think it no coincidence that an O’Kellyless O’Driscoll has floundered (unfortunately!!!).

Smith didn’t play in Walsall teams that were very good. Despite bursting onto the scene in that three nil win at Sunderland in the second division he wouldn’t look out of place in the current side. So his coaching way and playing philosophy has been developed out with his playing days. He brought the era of tikka takka to Walsall in a not dissimilar way to Buckley but from all accounts manages players with a ton more clarity than Buckley who as well as a bit of a baller was also a bit of a bawler.

Whilst the Graydon corollary to the story is an interesting and whimsical segway I don’t think the Graydon influence has really had anything to do with Smith’s development nor what is going on at Villa. The first seeds of what is happening at Villa were sewn when Buckley became player manager in 1979 with a young Richard O’Kelly joining at the same time. A year later a young Craig Shakespeare was on the books and all three were a big part of a team that went to Highbury and outplayed Arsenal then went to the best team in Europe and got a draw. In both cases this was done by playing a brand of football based upon possession, passing and moving. Exactly how Smith and O’Kelly got us playing thirty years later, how Brentford play and now how Villa play. A Villa team that went to Arsenal and played them off the park and go to the best teams in Europe and take them on at football.

An equally nice read too P.T. You should email it to the correspondent at the Irish paper. He might appreciate the further insight.