Great signing , only downside is he’s 35 but if we can keep him fit it will be a great addition! 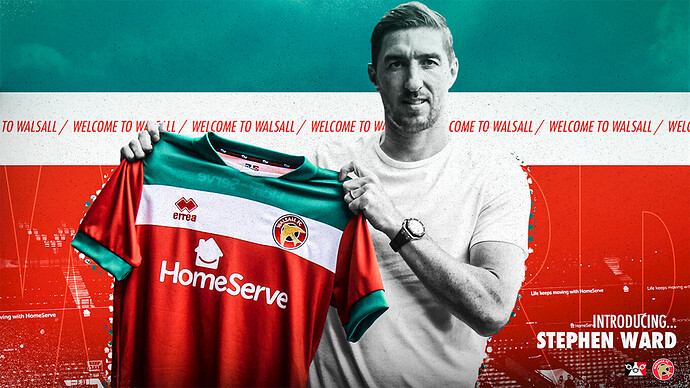 Stephen Ward signs for the Saddlers

Walsall Football Club are delighted to announce the signing of defender Stephen Ward on a one-year contract.

He’s had no dramas with fitness his whole career.

Big fan of this signing. Only worry for me is his age, so I’d expect another, younger, left back to come in compete with him. We might be going from one of the youngest teams in the 92 to one of the oldest, not sure how I feel about that!

Must have played seven or eight seasons in the premier league and his whole career bar last season in the the top two tiers.

You just wonder about his legs and how the years have taken their toll.

We are not pishing around this season.

Stoke fan at work describes him as an absolute beast. Told me not to worry about the age - he’d happily have him back at Stoke on a 1 year deal. He’s very impressed we’ve landed him.

Tips him to be captain too. Great character apparently.

Thats a great signing imho. Just cuz he’s 35 doesn’t mean anything. Over 450 league appearances all in higher divisions, and 50 international appearances. Could we have one of the best defences in the league next season?

Yes, possibly older than we would like. But if he was younger, he probably wouldn’t be here. This strikes me as similar to a Pointon / Brightwell-type signing - decent pedigree, but still with something to offer too.

I do not consider s.h.i.t swearing

Exactly what I thought when we signed him.

Another one I suspect plenty were sniffing around so it says alot about our summer dealings.

What a singing. A solid Premier League career and has played at two European Championships - really impressive stuff. Again, the Matt Taylor effect. They played together at Burnley.

If he was 33 or younger he’d be championship minimum. Guy is quality and class as they say is permanent.
Always looked after himself and the same professional attitude as chambers which did him no harm at 35+
A truly brilliant signing

Stephen Ward on joining the saddlers

Useful to have an osteopath on our books…or different bloke? 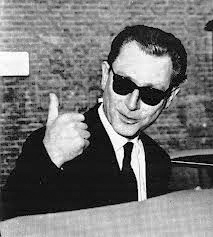 Stephen Thomas Ward (19 October 1912 – 3 August 1963) was an English osteopath and artist who was one of the central figures in the 1963 Profumo affair, a British political scandal which brought about the resignation of John Profumo, the Secretary of State for War, and contributed to the defeat of the Conservative government a year later. In 1945, Ward began practising osteopathy in London, and rapidly became quite prominent and fashionable, with many distinguished clients. In his spare time h...

So what are we looking at for a back 4?

And anyway, more than just having the legs to run up and down the flank, having the football brain and experience to give yourself that extra half a yard so that you don’t have to can be just as important - plus the influence he’ll have on the younger players and team as a whole.