Should have a, banner for Saturday with Back off on

Never been hooters. Would the wife approve ?

Imagine your Face if she walks on

Telford always used to play in something called the Bob Lord Trophy. Is it still going and would we be eligible? It always sounded really unglamorous. Farsley Celtic away on a tuesday night in January to see us go out of the Bob Lord Trophy would give any fans who went serious bragging rights in years to come.

Good question for Pomlett, sure Mold and Gamble with their connections could get us into that Trophy

It was the non-league equivalent of the League Cup. It changed to become the Setanta Shield before being scrapped after Telford became the last ever winners in 2009.

Oh dear. I was looking forward to seeing the odd first round game in it over the next few years.
Oh well. How about the Welsh Cup? Stourbridge reached the final in the 70s so could we have a crack at that? Come on, give me something to look forward to.

Welsh clubs only in the Welsh FA Cup these days. If you want something to go for, the FA Trophy would give us a genuine chance of a Wembley final. However most National League teams don’t seem that bothered about it and put out weaker teams.

That’s disappointing about the Welsh Cup. The F A Trophy doesn’t excite me, I’ve already been to a couple of finals to see Telford play, and a few other rounds as well.

We’d still be able to get a first round in the Birmingham Senior Cup. We lost to Romulus in the first round this season. Not a bad week that!

That’s disappointing about the Welsh Cup

Since 1996. It was one of the conditions of the winners taking part in European competition that the winner had to be a Welsh club.

Will we still qualify for Saturday football or could we go to Sunday mornings?

Back in about 1984 I went to see Wrexham play Roma in the cup winners cup, good game although Wrexham lost. They hade beaten Porto in the previous round. I think Barry Horne played for Wrexham that night, Bruno Conti and Falcao for Roma.

None if / when we go down we are not coming back.

We should be playing my local team,Weymouth, but they are going down too. Can’t compete with the big buget teams and also employed Sean O’Dismal.

The market takes precedent on a Sunday. 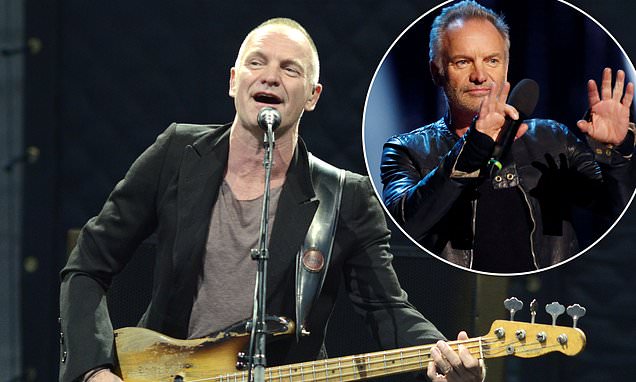 Sting sells his back catalogue of music to Universal for £183million

The publishing group's now owns both his solo work and albums with The Police - encompassing hits such as Roxanne, Every Breath You Take and Fields Of Gold.

Given recent seasons Ra-Ra promotional videos and talk of giving it a good go, we will probably be told we are off to Qatar in the winter to compete in the a World Cup knowing our Board

Probably do better job at that tbf.

In the National League, there are no fewer than 13 teams who played in the top four divisions, of which Notts County played in the top division and 6 in the NLN, not including Bradford PA who folded and came back.

There are some success stories for returners, Luton the obvious one, but, if we do go down, I doubt we will come back quickly.

There are some success stories for returners, Luton the obvious one,

And it took them five seasons.