Update from the Chairman

Latest update from Pomlett has been posted to the YouTube channel: 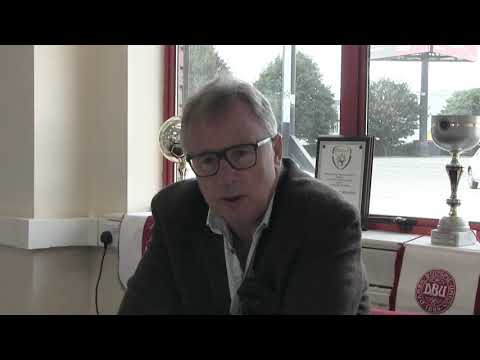 He does mention that ‘every stakeholder without exception has provided support’, which I think implies that Bonser has helped in some way.

I agree though, direct confirmation of that would’ve been helpful as it’s a big sticking point for fans still.

I think it should be sent to our MPs so they can see the potential damage this government is doing to football and other medium and small businesses. He emphasises that every stakeholder has helped so far but also emphasises that the help needs to go on throughout the length of the crisis. Clearly a message to all stakeholders including the landlord. Interesting also he is encouraging fans to help as much as possible. I will do my bit.

He’s never going to mention by name, but he’s made it perfectly clear that Bonser falls into that category. Whatever way he’s helping, at least he’s doing something.

As Vaz was escorting Starmer on the pitch last week, I suggest any letter to her is also copied into him or ask her to raise this with her Leader.

Guessing a 2 month rent holiday would see us through the next 6 months.

I really think all the supporters groups need to put there disputes to one side and formulate a plan together rather than have separate funding plans have one big funding idea, as personally I believe this would produce better results.

I have already emailed Valerie Vaz asking her to try and help reverse this perverse decision but the real power lies with Tory MPs. I would suggest as many fans as possible email their MPs to express their anger at the decision. Eddie Hughes and Wendy Morton are our other MPs for Walsall and should be contacted by as many fans as possible.
I know we also have fans from Staffordshire and Shropshire where there are many Tory MPs. Indeed the Tory MP for Telford has already expressed her concern at the actions taken by the government so if you have a Tory MP I would suggest you get in touch.There is already widespread concern in the Tory party over the latest announcements so if enough people protest we could see another u turn!

I have already emailed Valerie Vaz asking her to try and help reverse this perverse decision but the real power lies with Tory MPs.

That is true but whist’s Starmer’s visit (with Vaz) to the ground to meet our Chairman is still fresh in their minds, there is no harm in getting the Opposition to lobby too.

Issa will be launching a direct debit scheme. With all supporters being able to donate from as little as a pound. To no upper limit on a monthly basis, We will be. Sorting the mechanics of it out early mext week. In conjunction with club officials And we will be asking for the slo of Walsall fc to be fully involved with our. Plans, We will also in conjunction with our commercial partners be. Sorting some other fundraisers out, to aid the club.

We welcome the input of. Other groups. If they wish to work hand in hand with Issa On this. Snd and Issa will also support. Other groups if requested. I would call for all comitee members of all groups. To hold a joint meeting. To put one idea. Forward that would maximise. The financial input from fan base, And do as a joint venture

Smaller schemes could then be run ie. fundraising events from within each individual group. But as said. A common consensus. Needs to be reached ASAP. About what is to be the. Major. Focal point of fundraising.

Can I suggest that any support offered to the club is a quid-pro-quo? If the Trust/ISSA are setting up schemes to support the club through this difficult time, a long-term commitment from the club should be sought. Perhaps honoury representation on the board written in the a/the club constitution…

Do you think that V2 rocket in the carpark behind Leigh is aimed at Mr. Bonser’s lair. Stop the rent or else?

Good of Leigh to update us & clearly it’s a dire situation.

But we need to be honest here, Bonser could not charge us rent for a year & we would be ok. That’s the sad reality.

If Leigh had announced that today, I’d have stuck £50 through the door of the Bonser suite without hesitation.

More like 2 months mate, that would cover the next 6 months.

I would just like to say once and for all
1 , We all need to forget about Bonser this current situation is unprecedented and extremely serious for our club , if he’s helping great if not it’s even more important that we do something .
2 , I believe that any supporters fund should be set up and administered by the club itself and if any other groups want to be involved it should be in direct conjunction with the club.
I believe we only need one scheme and people will be more inclined to contribute if it’s all going in the same pot.
3 , There must be full disclosure of what money comes in each month and where it goes.

I had an idea ages ago, but don’t know how viable it is, or if it can be done.
What if the club ran a raffle. Say £20 per ticket.
The winner of that raffle gets assigned a squad number, kit etc, and becomes an official Walsall FC player.
Even maybe getting even 1 minute on the pitch in a friendly, so they can at least say they ‘played’ for Walsall FC.

This is actually a class idea

Makes that £100k for Flash seem a little bit more tempting. Not sure it will still be on the table though.