As many are aware there is a bike ride from the spotted cow bloxwich. to the railway club. Next Saturday. Prior to the Aston Villa game.

The ride will commence at 10 am. And arrive at railway club around 11 am
We are asking al, those who can’t. Take part in the ride to gather at the railway club. To give. a huge welcome to. those who have participated in the ride. upon there arrival

Railway club will be open from 10am

A walk wil, then take place from the railway club to the stadium. At
Approx 12 15 pm

Al, monies collected will be added to the go fund me totals. Raised in Ryan’s memory , so please. If you are going to the game. Please look out for the guys doing the bucket collection.

Let’s get as many as possible. Walking from the railway. Club. And show our support to Ryan’s family. At this sad time

The Independent Saddlers Supporters Association. Have put £200 into the fund. Already. And we wil, be. Putting another. £100. Into the bucket. Collection. Next Saturday. On behalf of Issa fc

Big shout out to Jim Butler. Who has been the driving force behind this. And on behalf of Issa. And Issa fc it’s been a honour to play a small part. In helping And we urge all saddlers. Out there to pop along and raise a glass. In memory of Ryan. Next Saturday. 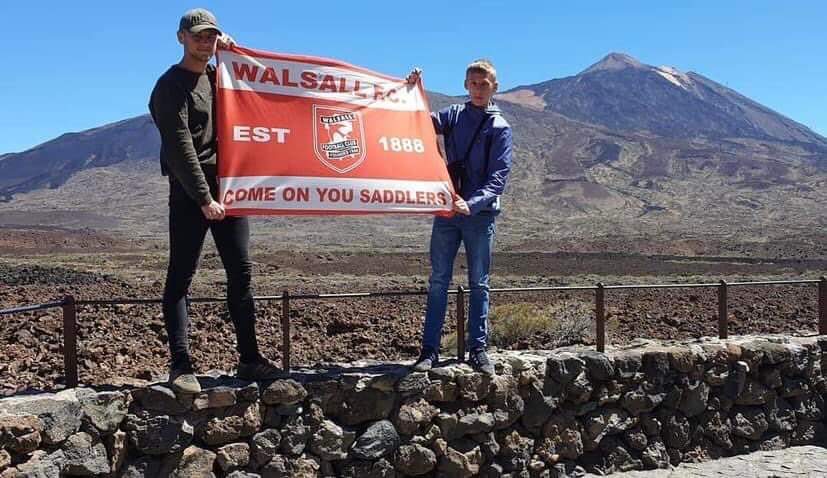 Walsall family. I am sure there will be a fitting turnout and credit to all of those organising and contributing to stuff. RIP Ryan

Have you got the OK from the club to collect off all the Villa fans outside the away end?

Some of the other lads have got that covered exile

I’m just dealing with it the railway end But highly. doubt club will. have any objection

Police have also been informed of the walk. As it will go straight down. Bescot crescent. Upon exiting the railway club.